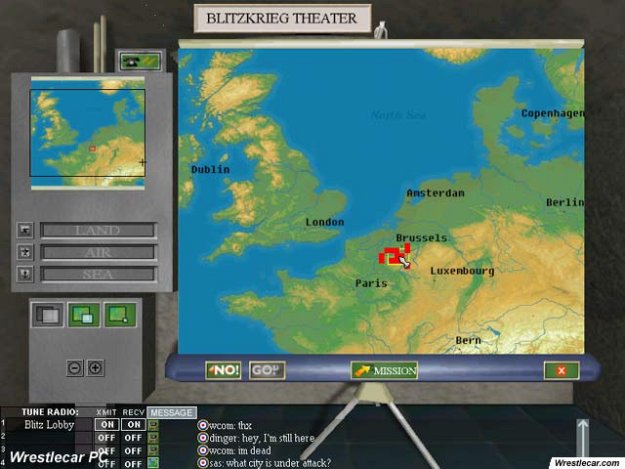 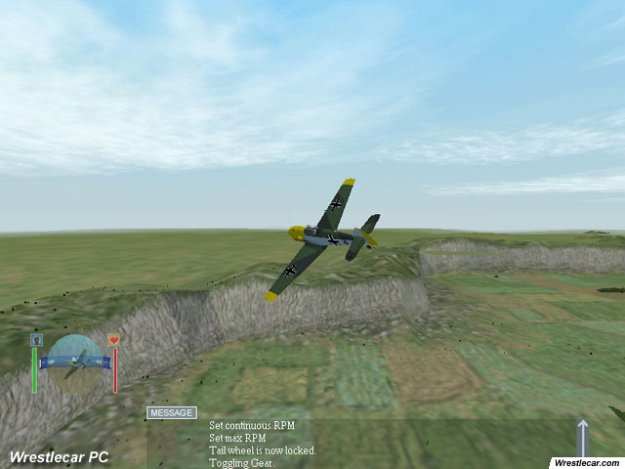 My first impressions of World War II Online are that the game would allow players to quickly and easily join battles within WWII, and fight until death took its toll. Players could then quickly respawn and continue to battle. Unfortunately, loading is not quick, often taking up to ten minutes just to load the game. The first time I stepped into a battle, I thought the gameplay and controls were absolutely horrendous, but as I became more interweaved into the action, my opinions on the title changed.

Developed by Cornered Rat Software and Published by Strategy First, World War II Online is a large-scale strategy title that allows players to join simulated battles within World War II and decide the outcome. The game retails for $39.99 USD with a $9.95 USD Required Monthly Subscription fee to Playnet.com for online play.

The general idea of World War II Online is a massive multiplayer reconstruction of World War II. Players can choose to battle as one of many types of troops, including air troops, tank operators, anti-tank gunners, or just simple infantry troops. The map of Europe is modeled in 1/2 scale, and players must use strategy and teamwork to succeed in winning battles. Unfortunately, the game is so buggy and prone to so many problems that it's difficult to even setup a plan and execute it without having technical difficulties. WWII Online was released way before it should have been, and this is glaringly evident once you set foot out on the battlefield.

Installation of WWII Online was fairly simple, but it wasn't until I realized a 70 MB patch needed to be applied to even start playing online. After this patch was installed, I headed offline for a little training. After waiting six minutes for the game to load, I hopped into the body of a soldier and grabbed the instruction manual. Let me just say that WWII Online has one of the most complex and unnecessarily difficult menu systems I have ever seen. Fortunately, the manuals included are large and explain everything about controlling the different vehicles, but navigating the menu system is a challenge within itself. Controls are very difficult to remember as they are different for every vehicle, and are not commonly used within games. For example, the standard controls for a soldier to walk forward is the W key, while moving faster requires the W key to be pressed followed by the C key. When I wanted to do something relitively simple such as escape to the main menu, I had to read through the manual to find out how to do so. Players must press SHIFT + ESC to bring up an exit prompt, instead of just being able to use the standard escape key. Its little control features like this that makes the game so difficult and frustrating.

The graphics in WWII Online are certainly not one of its strong points. The graphics are very "blocky" and dull, with little to spare. Very little detail is present, and for a new title such as this, improved graphics would be a great advantage. We also found that frame rates are very poor, even with systems equipped with newer video cards. While out on the battlefield alone the frame rates are stable, but should you get caught in a battle against opponents (the whole idea of the game) the frame rates lower significantly. Twelve frames per second is not fun to play in and is, to put it mildly, a major problem.

World War II Online is one of the first titles that absolutely requires teamwork between the members of the team. For example, if you are an infantryman you will require a ride into the battlefield, so you will have to find a teammate who is driving a truck. World War II Online is a highly strategic game but, unfortunately, the controls are so difficult and the bugs so prevalent that it's practically impossible to make these strategies become reality. Should a player die in the battle, it can take up to ten minutes to respawn, and sometimes you will respawn right in the middle of a battle and get killed instantly, while other times you will respawn in the middle of nowhere and will be wandering around looking for an enemy.

There is a large arsenal of vehicles in World War II Online, with the first and most popular being the tank. Most of the tanks in WWII Online allow for three players to simultaneously occupy one tank at the same time. There is the driver, who controls the tank, and two gunners who are responsible for targeting and firing on the enemy. The main problem encountered here however, is that both driving and shooting visibility are very limited, making it extremely difficult to hit, or even find a target. Another type of vehicle is the airplane. This is also a popular choice for participants, but requires a very high skill level to be able to maintain control of the aircraft during reletively simple flying maneuvers, let alone being successful during aerial combat. Players must start up the plane and adjust many options, all in the in proper sequential order, before even attempting to take off, very similar to what would have had to be done in a 1940's era aircraft. Several types of cargo-type trucks have been included as well, which are designed to carry soldiers from one point to another. While driving these vehicles players must slow down in order to let soldiers jump onboard as well as disembark. Truck drivers must be careful that the soldiers are safe while on-board, and must keep a constant eye out for aircraft, as trucks are popular bombing targets. 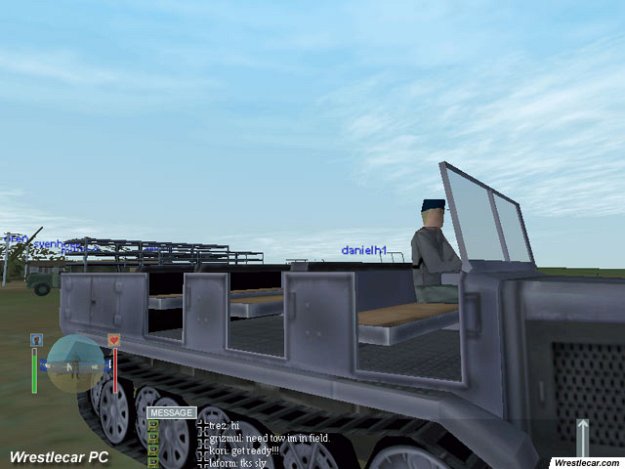 World War II Online is one of the more realistic WWII Simulations available, as Cornered Rat Software made some good design decisions. For example, if a soldier is shot in the arm, he will fall to the ground and slowly die of a loss of blood unless assisted by a medic. The game can be gory at times, but is very realistic in that aspect. Currently, the game only includes a short era of the war in France in the 1940's. It is yet unknown, but it is believed that the future battles will be sold as add-ons to the original title.

Unfortunately, there are a lot of features missing from World War II Online in its current state. For example, Infantrymen are only allowed to carry pistols and light machine guns. This means no grenades or mortars, although in the 1940's these were very limited. In the near future, Cornered Rat will release a series of patches that will add these features to the title, but they should have been released in the retail version as originally promised. It was originally planned to have a single online battlefield where everyone could play, but this has proven to be impossible in the games current state and Cornered Rat Software currently has four separate games ongoing. Players do not load World War II Online as would be expected. You must visit the Official World War II Online website and click the "Play" link to launch the game. For this to work, you must have the Playnet Browser plugin installed. This is just another minor detail that can become incredibly annoying at times.

Although the game has a large amount of bugs that need to be worked out, there is something about the game play that is highly addicting and makes players want to return over and over again. Maybe it is the drama of a dogfight going on a few hundred feet above as you rush towards the enemy troops with tanks battling to the death, only to have a plane above light into a fireball and come crashing down a few hundred feet away from you. Whatever it is, there's definitely something here that has the potential to become possibly the most addicting strategy title ever produced.

World War II Online has the potential to be an excellent simulation, but in its current state it is very difficult to play and will cause more frustrations and aggravation than enjoyment. Unless you are an avid gamer who loves any type of WWII Simulation, wait until a patch is released which will fix these bugs before you purchase the title.