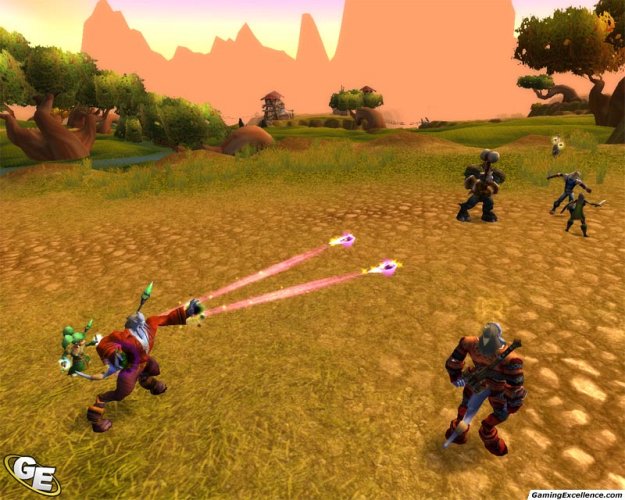 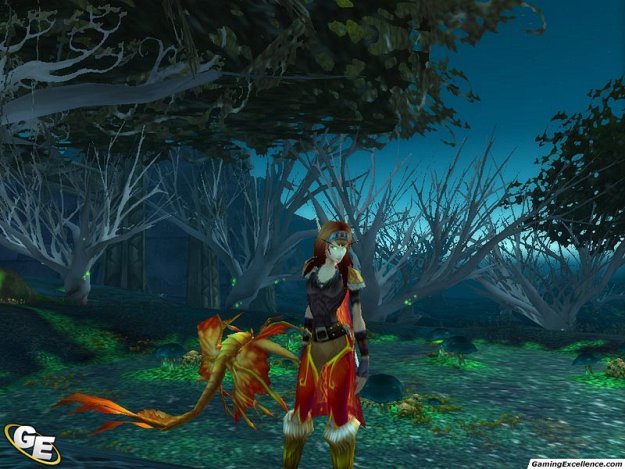 After a seemingly endless wait, it's finally here, the long-awaited expansion to the most successful MMORPG to date. World of Warcraft has over eight million players around the globe, a number that was steadily increasing long before The Burning Crusade hit stores. And while the split between gamers who have exhausted the original content and those who have not had enough time to explore it all may be large, one thing is for certain: this expansion is here to stay and has much to offer for all types of players.

Two years after the release of the incredibly popular MMO, Blizzard has finally given fans the update they have been waiting for. After the initial announcement of World of Warcraft: The Burning Crusade, every last bit of information regarding the content of the game, including the changes, the updates and even the rumors, has been only a small teaser for the millions who are addicted to this game worldwide. And for good reason too; although it is classic for Blizzard to create a mass of hype and push off release dates, when they do deliver the final product it is of the utmost quality. This has held true in the past (with the exception of a few minor patches around the release date) and remains true to this date.

For the diehard fans, there is no doubt a lot of new, long awaited content in this expansion. But what about the new or casual gamers? Well, for starters, the version 2.0 patch that was released in the fall added a lot to the gameplay long before The Burning Crusade ever hit the streets. All of the existing classes had updates to the talent trees including a re-arrangement of the existing talents and an introduction of new ones in preparation for the expansion. On top of this, functional changes have been implemented such as the stacking of heal over time spells. These have all added a new dynamic to the existing gameplay that most players are now accustomed to. Of course, for those not able to enter the new continent, the two new races are available for players to explore new areas in the existing world. With this brings two character classes to each faction that were exclusive to the opposing faction previously; the Horde now have Paladins in the Blood Elf race, and the Alliance now get to see the Shaman class with the Draenei race.

Since for many fans this is all old news, I'll jump to what has been added to the game overall. First, the level required to pass through the Dark Portal and enter into the continent of Outlands is 58; and for those of you below this level, it is probably your current goal to get there as soon as possible since this is where the majority of the new content begins. Aside from adding the two new races (the Blood Elves and the Draenei), Blizzard has added a massive new area, with new instance dungeons and raid zones, as well as a plethora of quests that may take most players months to complete. The level cap has been set to 70 to compensate for this, and although many may hit this quite quickly, it is by no means the end of this expansion. New skills, a new profession, PVP zones, and items means a lot of play time after this accomplishment. The massive five disc install reflects this; as do the massive patches that have been released lately.

For those who enjoy grouping with others for dungeons or raiding, there are many new areas to be discovered. These include those found at the Hellfire Citadel, Coilfang Reservoir, and Auchindoun; each of which have several instances for groups of five, as well as raid dungeons in the first two. There are also more areas found at the Tempest Keep and the Caverns of Time, as well as the introduction of Hell mode for these instances which will make them more attractive after completing them the first time. Of course, this gameplay mechanic is not simply a gimmick either; it has a sound basis in acquiring keys and unlocking the higher level areas afterwards. This will be the largest challenge for many, as the attunements and keys for the high level dungeons this time around require much more work than before. If you thought that the Onyxia attunement chain was hard before, just check out what it will take to get into Mount Hyjal and you'll see what I mean.

Of all of the new content, quite possibly the most interesting area too many players will be the Caverns of Time. Located in Tanaris, this area was not previously accessible to players and had no content within it. Now however, it will offer players an interesting glimpse at the history behind the storyline of the Warcraft series; in order to stop the attempt to alter the course of this history, players must explore missions involving past events. These currently include Thrall's escape from Durnholde Keep, the opening of the Dark Portal by Medivh, and of course the infamous Battle of Mount Hyjal. There is also the possibility of Blizzard expanding this area and adding more events here in the future.

One of the minor updates that affect past and expansion gameplay is the use of meeting stones to now summon group members. This was done when the new looking for group interface was added, since the meeting stones were not being used for their original purpose. However, the mechanics between these two features are debatably flawed in their use of a preset level range for all instances and raid dungeons. This means that group members either above or below the level range will not be able to use the meeting stone to summon other members, and certain members will not be able to receive the summon being issued to them. Also, with respect to the looking for group interface, only the areas deemed appropriate for your level will appear. These level ranges seem to be too narrow in almost every case, and affect those who like to group in areas recommended for higher levels, and, to a lesser extent, those who like to help out players in lower areas. Of course, both of these additions are welcome, and hopefully it will be soon understood that many players do play outside their level range successfully from time to time so that the level range will be increased a bit to accommodate those just outside the current threshold.

The graphics and sound in The Burning Crusade are excellent. As per usual Blizzard standards, the expansion excels in these areas and offers interesting and new visuals in the Outlands continent that differ from previous content. Upon passing through the Dark Portal, players are first presented with the area of Hellfire Peninsula, and although it may not be the nicest looking area in Outlands, the background scenery and sky are amazing at first glance. The atmosphere has instantly changed, and it is noticeable that this is not the same as the current two continents. Floating land masses and debris, as well as epic scale monsters reiterate this fact. The next few areas, including Zangarmarsh, Terokkar Forest and especially Nagrand are quite impressive. The graphics and detail of these places is probably unmatched in the Eastern Kingdoms and Kalimdor and are stunning. The new mobs and dungeons are also very well done. Unfortunately, a few of the new items seem to have reused older models from item sets in the pre-expansion game. However, compared to the rest of the content, this is a rather minor issue.

The overall quality of The Burning Crusade is simply astounding. The level of polish is high, which is to be expected from Blizzard. This does come with a price however, as patches for balance and new content are quite large. Thankfully, these are few and far between, and mostly the patches are small fixes to game issues. With many hours of gameplay just to make it to level 70, and much more thereafter, this expansion to the excellent MMO is more than worth its price. Of course, players are not required by any means to purchase The Burning Crusade if they simply want to enjoy the content of the original game, most of the group progression will be found in the new content found on the Outlands continent. Then again, the majority of the seven million players worldwide will not even question picking this one up.