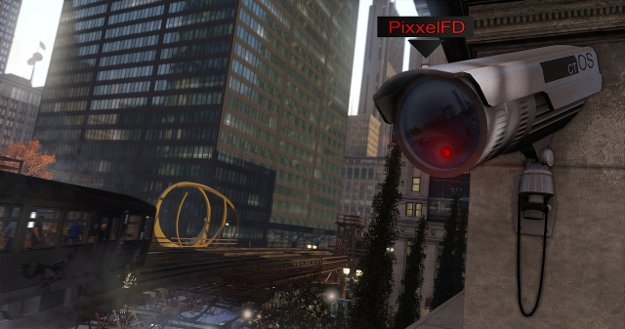 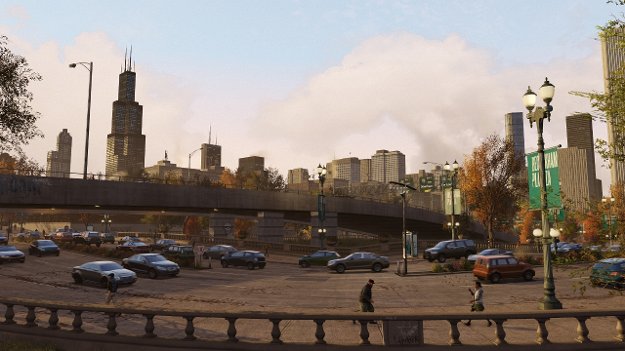 Every E3 I've personally been to in the last five years has at least one surprise title that completely takes my breath away, punches me in the gut, and leaves me salivating for more. Some years my excitement yields a hidden gem like Singularity, other years I overrate something like Brothers in Arms. This time, however, there's no doubt in my mind that we were made privy to a classic in the making with Ubisoft's Watch Dogs. If you need any further proof than that, this would be the first year that Executive Editor Shawn Snider and I actually agreed on a Game of Show winner, and he's as notoriously hard to impress as a Russian Olympic figure skating judge.

The behind closed doors demo we were able to take in grabbed my attention for the first few sentences of its terrifying introduction. The game uses real life facts, possibilities, and dangers of being in a completely digitally connected society. The preview informed us that in a digital sense, we are all just data clusters, leaving behind an average digital finger print of 2.3 GB of ourselves every single year. But who controls all this information? Watch Dogs presents the possibility of it being a Central Operating system, using the 2003 NorthEast blackout as an example. According to the game, the giant blackout that lasted weeks in some areas was from one disgruntled energy company employee uploading a virus from his console, walking away, and four hours later we were without power. That was almost ten years ago, and what could somebody do with a similar attitude and end goal now? The premise of the game is genuinely fascinating, especially since the developers have handed all that power to you. 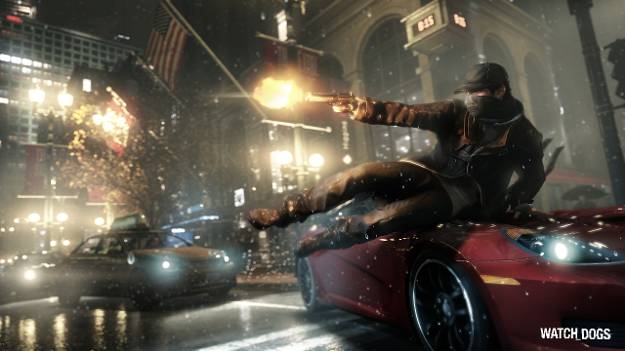 The game is an open world action adventure game in a similar vein to Assassin's Creed, which is hardly surprising since the game was developed in the same Ubisoft Montreal development house. You play as a man named Aiden Pearce, a man that is obsessed with hacking and security. Fortunately for him and unfortunately for his enemies, Pearce can control and access the aforementioned Central Operating System through his smartphone device. What does this mean for Aiden, or better yet, you the player? It means that you control Chicago, the game's setting. See a security camera? Patch in and see what's going on. Need to get away from a pursuer? Turn all the traffic lights green or raise a draw bridge. See an NPC talking on a cell phone? Listen in and be amazed at how much detail has gone into creating stories for every NPC. Just by scanning an NPC's body and face, you can pull in all known information about them like their job, income, address, family members, and propensity to violence.

What this means is a shocking amount of choice in how you approach the missions in the game. The mission we saw in the game had Aiden trying to get into a nightclub to take on a gentleman by the name of Joseph DiMarco. While you could disrupt all communications and strong arm your way in, the gentleman operating the demo station decided to take a more subtle approach and sneak in by jamming a few select phones. Once inside, he hatches a brilliant plan to actually be noticed by security, only to use their own communications against them when he taps into their phone calls. Once the target escapes, Aiden runs out onto the streets, having set a trap in a multi-car pile up by turning all the lights green. From here, the game looked more familiar as a cover-based shooter, but even then your hacking abilities have you covered in terms of hearing your enemies' strategies and by seeing around corners with the help of security cameras. 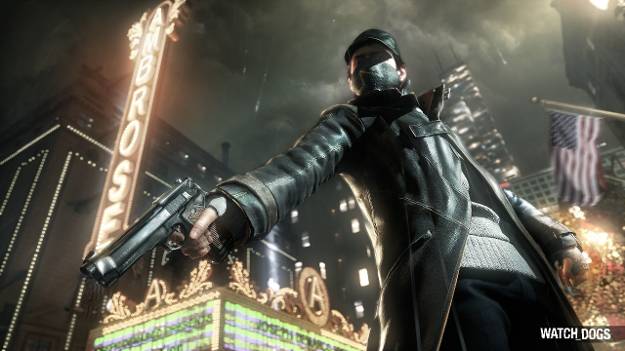 In a really nice touch, the developers also showed us their concept smartphone/tablet app for the game that allows you to extend the universe to your own existing smart device. From the App you can affect the city and gameplay just the main character is using, give you a full map of objectives and missions, and even monitor your friends who are playing the game at the same time, including hacking into their game to help them out or even wreak havoc. The possibilities of the app are fascinating and create a brilliant sense of irony within the framework plot of the game itself. Seeing the app and pondering the other possibilities of using it that haven't been announced is an exciting prospect.

It also bears mentioning that Watch Dogs was easily one of the best looking titles we saw at the entire show. Facial animation and detail levels were far beyond what we're normally expecting from current generation titles. The quality of the fire, the flapping fabrics of Aiden's jackets, the incredibly smooth frame rate with dozens of things going on around you, it's hard to really put into words how fantastic this game looks. Ubisoft was coy about announcing platforms during our demo, but it seems that the game will be coming to Windows PC, Xbox 360, and PS3. We here seem to think that the game will be coming for next generation consoles as well, and to play and experience the game at the level of detail we saw in the demo will be impossible on current console hardware, and the current generation systems will receive a scaled back version of the game. We can neither confirm or deny that, but just ask the PC with the air conditioner on one side and the giant fan on the other if this is really a game that can be run on eight year old Xbox 360 technology. This is truly a title that is ushering the next generation of gaming, regardless of what platforms it appears on.