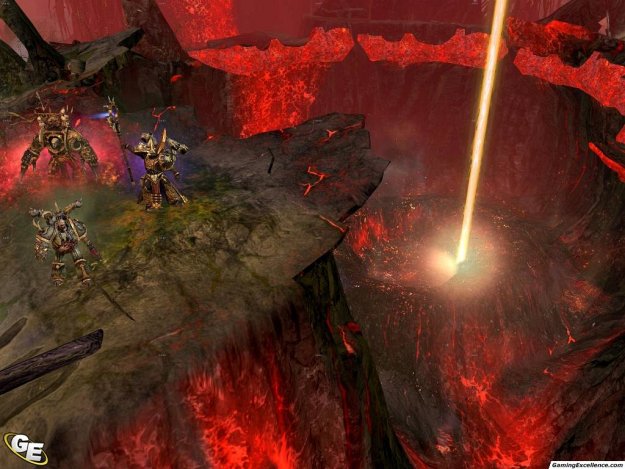 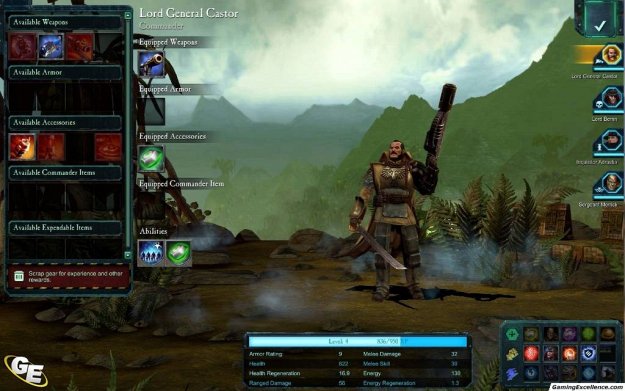 Let it never be said that Relic, the developers behind Dawn of War II, doesn't understand the concept of an expansion pack. With Chaos Rising they upped the stakes, of both the storyline and the gameplay by introducing new gameplay elements, the story getting grander and introducing another faction to multiplayer. Oh and the Last Stand game mode, one of the most enjoyable elements in an RTS today. Heck the expansions for the first game in the series were much the same in this regard... well at least the ones they worked on in house were. In either case there is some decent pedigree without even looking at their other games.

While Dawn of War II ended with the heroes having successfully repelled a Tyranid invasion, the sector of the universe that they fought so hard for was in worse shape than ever by the end of Chaos Rising. In addition to the Orks and Eldar still running rampant in the sector the mark of heresy is now running rampant. With all of this going on the Imperium of Man has finally had enough. They've dispatched the Inquisition to purge the entire sector of life, intending to purge the innocents and xenos alike.

Into this enters six disparate forces. The Space Marines must stop the heresy before losing their recruitment worlds, the Eldar must stop the destruction to spare a cache of soul stones from being destroyed in the purge, the Tyranid want to make another go of taking over the sector, Chaos is looking to destroy everything in its path, the Orks just want to fight and the Imperial Guard are hoping to save the worlds by getting to the bottom of the problem, aided by an Inquisitor.

All of this sounds like a really deep, interesting story but nothing much is done with it. The stories don't really interconnect, each standing on its own as a separate playthrough of the exact same circumstances. This means stages, mission objectives and basically everything else are completely recycled. There is some variation, such as when the Blood Ravens have to defend a settlement whereas basically everyone else can just rampage through it, but this is few and far between. Basically this leads to the feeling that you're meant to only play through the game as your favorite side, diminishing a lot of the replay value.

But it's not all negative as the campaign has had a lot of updating in the interim. Instead of gathering a half dozen heroes and then only using four at a time this mixes up the single player and multiplayer gameplay rather nicely for the campaign. By gathering resources from resource containers you can craft support troops, from regular infantry, melee troops and all the way down to heavy weapon units or vehicles.

This gives you the option to use your four elite characters, supported by whatever grunts you produce from field support centers or you can mix it up. By removing your heroes they can be replaced by very powerful, upgraded infantry units while also providing passive bonuses to all of your troops. It lets you control things with only a few powerful units or swarm enemies with lesser units but in greater number or with varied abilities. It gives you a lot of flexibility with how you approach missions that is greatly appreciated.

If the single player doesn't really whet your whistle then the online multiplayer is the way to go. The dynamics of the various races are still as precariously balanced as ever but the Imperial Guard throws an interesting variation into the mix. They start off kind of squishy, building bunkers and turrets to support themselves as they die in droves but when the late game comes things get ugly. The Guard start having their Valkyrie jets do bombing runs to soften up enemies while their tanks come along to just steamroll over their foes. It takes awhile to get used to playing them but it is incredibly satisfying when you manage to survive just long enough to pull out a freaking Baneblade and just utterly annihilate your opposition.

The last major update that this game brings to the formula is modifying the Last Stand mode. While the Imperial Guard Captain isn't as immediately awesome as some of the other characters he can be quite useful in his own way. But best of all is the new map. This beast is about ten times harder than the original map introduced in Chaos Rising. Since it lacks the glitches of the original map and is hard as steel balls even your max level, super specialized characters will find that they have a hard time getting past the first few waves. It's just that hard... and beyond fun.

Beyond that though there isn't much to say about Retribution. It builds on and enhances many aspects of the previous games while still using the same game engine. The graphics and sound quality are the same as they've ever been so it's really all about the gameplay changeups. The game unequivocally succeeds in giving people more of what they love but there is the real danger of stagnation here. The next games are going to have to do something impressive if they want to continue wowing gamers with each release.