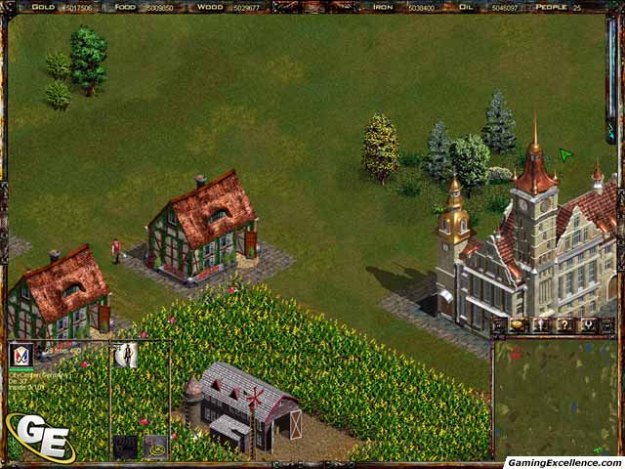 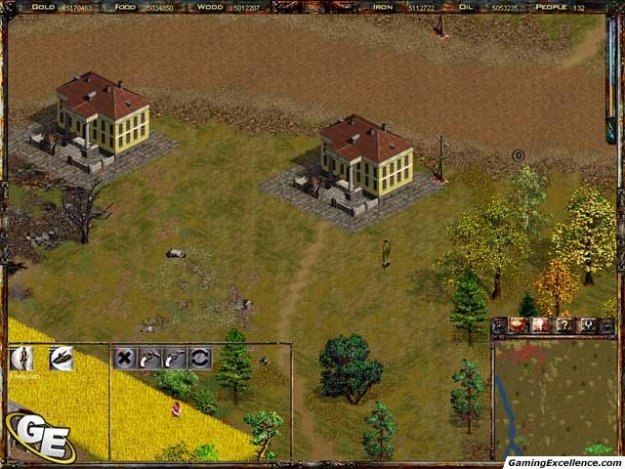 It has been a long time since we have seen a full-fledged World War I real-time strategy title. Empire Earth offered a glimpse of WWI in one of it's many epochs, but players didn't really get to experience that of what actual battles were like. Published by Russian based Buka Entertainment and developed by Lesta Studio, The Entente will introduce the First World War as it was meant to be seen this fall.

Although the preview build we had an opportunity to test was a very early Alpha of the game, it is safe to say that it is shaping up nicely. Graphically, the title is quite detailed, although units are still in development; the environmental effects and objects are beautifully rendered. Building construction is also a nice touch, as civilians rush to erect much needed structures in a never-ending power struggle.

The Entente: World War I Battlefields will feature a wide variety of units, both light and heavy aircraft, tanks, and a nice selection of foot soldiers. While the majority of the units have yet to be completed, it can be easily said that Lesta Studios are going above and beyond the call of duty in this department. Ground troops and strategy will play a critical role in the title; different soldiers will be used for different types of attacks. Proper timing and execution of surprise attacks will play a key factor in the outcome of the battles, something to look forward to this fall.

As the title is still in early Alpha, must work needs to be done to make The Entente a fully playable game. At this stage in its development, unit control is a problem, yet these issues are very likely to be corrected by the time the title is released. Quite a number of crash bugs are also present, but these are to be expected as the title still has a good six months of development left before the it is completed.

The Entente: WWI Battlefields will support up to eight players simultaneously over a local area network or Internet connection upon its release. For the offline gamer, the title will feature a lasting campaign mode and instant battle capabilities. Upon its release this fall, The Entente may just surprise some gamers as it is shaping up to be quite a good real-time strategy title, and we look forward to reviewing it when it is available.