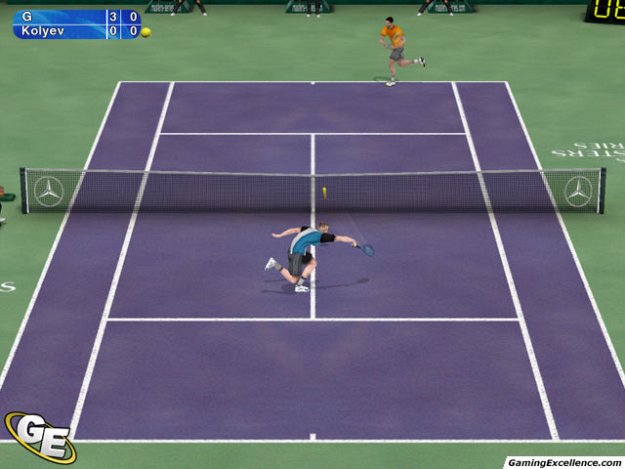 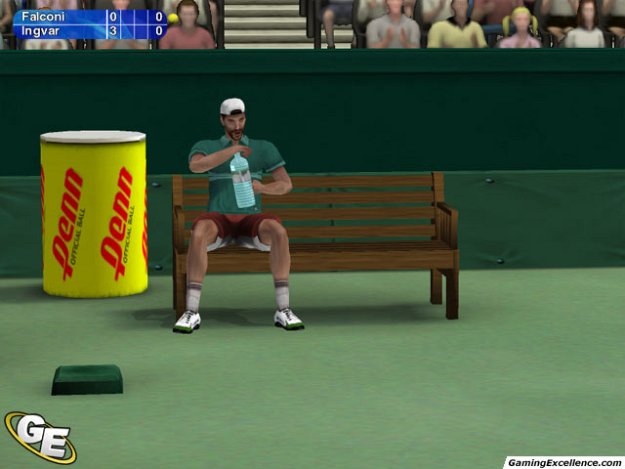 Tennis isn't one of those mainstream sports that come to mind when thinking of games, at least that's true in this part of the world. Tennis is generally not one of the multitude of mainstream sports games that are constantly developed and released into the gaming world each year. With this apparent niche lacking titles, as opposed to the vast number of games available for every other sport, it is about time someone stepped up to fill this void. Enter the original Tennis Masters Series. The release of this game in 2001 shocked many players not just by being one of the first solid releases in the genre, but also by being a well-rounded game overall that appealed to many gamers around the world.

With its incredible graphics and well-developed gameplay, Tennis Masters Series delighted tennis, and sports fans alike. Now, Microids have done it again with the development and release of a sequel, Tennis Masters Series 2003. Not only has the developers managed to improve upon the vast number of features and addictive nature of the original, they have also managed to offer much more to the newly found world of tennis on the PC.

Features of the game include season play, career mode, exhibition mode and network play, as well as three difficulty settings: amateur, pro and master. Also included is the ability to compete against an opponent on a single computer system with multiple controllers. In the newly added career mode, players gain skill points after winning tournament rounds that can be allocated to several aspects of character development. Tennis Masters Series 2003 presents 67 fully customizable characters with attributes such as name, racquet, clothing, and several others. Also included is the ability to create a player and import your own face to truly personalize the game experience. With ten available stadiums and three different time settings (12:00, 17:00 and 20:00), Tennis Masters Series 2003 can offers gamers many hours of play.

Graphically, Tennis Masters Series 2003 has made significant improvements over the original. Character models have been enhanced with a higher polygon count while stadiums are equally impressive. Close-up shots of players are simply breathtaking. Lights and shadows are also noticeable when playing indoors and competing during the night. Great player movements, including extended reaches, dives and many others, as well as bright, vibrant colors add to the high level of realism. Replays are presented from many camera angles, catching players from different perspectives. Unfortunately, the detail in the crowd is significantly lower than the rest of the overall presentation. However, the game features nice, easy to use menus and has been greatly improved from its predecessor.

One area in which Tennis Masters Series 2003 does not fare so well in is the sound effects department. Although the game contains a typical metal soundtrack found in many sports games, the in-game sound effects seem to be greatly lacking. The primary sound effects that one would expect have been almost completely neglected. Contact between the racquet and ball and player movement over the court are much too quiet compared to the booming voice of the announcer and highly reactive fans. Only slight echoes can be made out in indoor courts and the ball contact can only be heard slightly on a big smash. This is very similar to the original, and improvement in this department is critical for future releases.

Once again multiplayer options are extremely limited. While most sports games support online play, Microids has decided that it will only offer a LAN option for the game, or two players using a single computer system. When the game is broken down into its barebones, this is really only a minor issue. Although online play would be a great asset, the game has much to offer for the solo player. The intelligence of the computer-controlled opponents is astonishing, and with the variety of modes available, a suitable challenge can always be found.

Tennis Masters Series 2003 is a well-rounded sports game, offering great gameplay, amazing graphics and a wide range of customization. However, it seems to have an extremely steep learning curve, and can prove especially difficult for beginners. As you first start to learn the basics, it seems as though the player simply cannot move fast enough to reach the ball. Rookie difficulty in exhibition mode is the only place suitable for novices; even amateur mode is next to impossible without a few hours of practice and consistent losses to the computer AI. Combined with the lacking sound effects, these issues are enough to turn players away from an otherwise solid title.

Despite its shortcomings, Tennis Masters Series 2003 has much to offer any sports gamer. With its various gameplay modes, player customization and detailed statistics, the game has an exceptionally high replay value. It's extremely fast-paced, action-packed nature can keep gamers playing for hours on end.