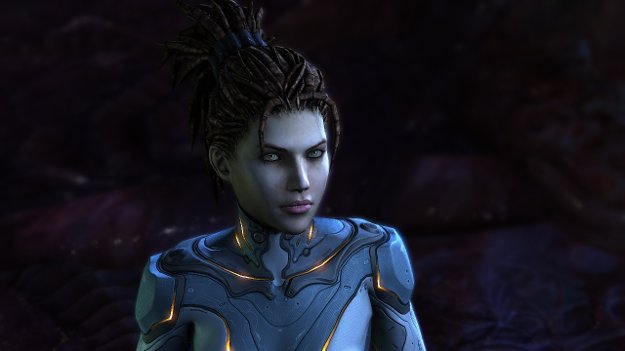 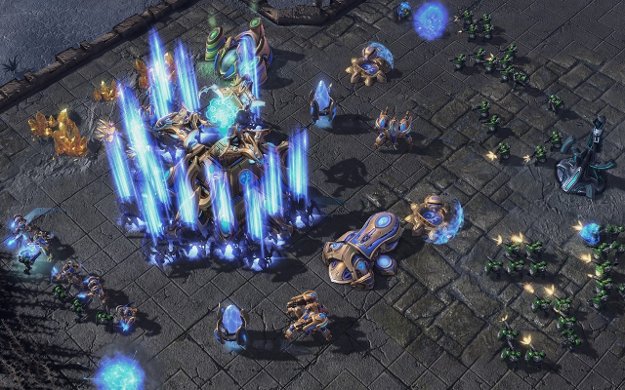 Blizzard’s StarCraft II: Wings of Liberty, the first of the three-part sequel to the 1998 classic, was a big success by all accounts. It combined a superbly written and executed campaign with one of the most balanced RTS experiences to date, while resurrecting a unique and cherished universe and staying true to the direction of its predecessor. It did however focus on the Terrans, admittedly the least exciting of the three races, leaving many gamers salivating in anticipation of the expansions. Enter Heart of the Swarm, part 2 in the series, continuing the StarCraft II storyline from the cliffhanger ending of part 1 from the perspective of the Zerg.

Heart of the Swarm is an expansion, which means that the core mechanics and design of StarCraft II still apply. I generally agree with fellow GamingExcellence reviewer Alex Coulter’s points in his Wings of Liberty review, so I won’t bother repeating those arguments. In fact, other than the new campaign, the expansion changes the game in ways so subtle that it’s difficult to evaluate it on its own. When first hearing about StarCraft II, I was under the impression that it was the original with a fresh coat of paint, a few different units, and a new campaign. I wasn’t entirely off base, but the reason to choose SC2 over the original today is much more than “this one looks better”, and yet I can’t entirely explain why. In this expansion, Blizzard has repeated whatever wizardry was sprinkled onto StarCraft two years ago. At face value, you’re buying a new 20-mission campaign as the Zerg, a few new units for multiplayer, a handful of new maps and tilesets, and improvements to the multiplayer matchmaking. And yet, I can’t imagine going back to vanilla SC2. 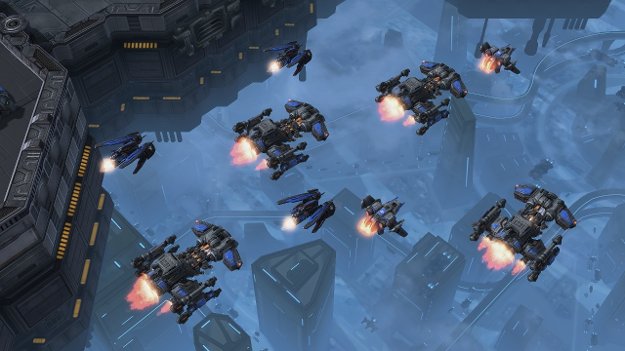 The changes to the multiplayer mode, two in particular, are pretty significant in the long run. First, the addition of groups/clans makes it easier to repeatedly play with the same set of people, for obvious reasons. Previously, players could only rely on the social web of ‘friends of friends’ and manually inviting players to a game, which was tedious at best. This improvement makes StarCraft II a much more social game, further encouraging team play. Second, the ‘tiered’ ranking of player skill from Wings of Liberty has been refined to be that much more granular, using a leveling system to ‘grade’ player experience and ability. Arguably, one of the biggest holes in the 1998 game is that the online multiplayer was terribly unbalanced, due to the wide range of player skill. Inevitably, some gamers that spent hours on the game would be matched against mere mortals, and matches would be over in minutes. With this enhancement, Blizzard can finally shut the door on unfair matching, virtually guaranteeing that players will win an average of half their games.

There are new multiplayer units too, but none really have drastic effects on the game. That’s perhaps a credit to Blizzard’s high attention to balancing the races, but it also means it’s not a huge factor in deciding whether you should buy this expansion. If there’s one unit that stands out for me, it’s the Tempest: the Protoss were missing a long-range siege unit, and this expansion gives them a flying one. It’s expensive, typical for Protoss, but it’s a frikin’ flying siege tank that can attack both ground and air units. This one unit became so core to my Protoss strategy that I can’t play Protoss against players without the expansion (the game automatically downgrades itself to the lowest common denominator in the room). All other units add variety to their races, but are otherwise forgettable in my opinion.

The other half of this expansion is pretty spectacular. The expansion adds a huge 20-mission Zerg campaign (plus a handful of side missions), following Kerrigan / the Queen of Blades around the universe on her quest to eviscerate Arcturus Mengsk. Campaigns aren’t usually an RTS selling feature for me, but StarCraft II really takes it to a whole new level. Like in Wings of Liberty, the storytelling, plot detail, and magnificent cut-scenes make the campaign mode in more of a very interactive Hollywood-quality than a grind to learn the mechanics of the game. And, like in Wings of Liberty, they distance themselves from ‘glorified tutorial’ almost to a fault. Both campaigns feature some units and mechanics that aren’t the same in multiplayer, or aren’t available there at all. This was pretty disastrous to me with the Terrans, as that campaign introduced units early on that surprisingly have no equivalent in multiplayer (i.e. the Goliath). As such, the campaign led me to build a strategy that immediately falls apart outside of the campaign. Heart of the Swarm does something similar, except the differences are in unit abilities rather than the availability of units themselves. The main difference that threw me off, is that the hives in the campaign will spawn up to 9 larvae by the end, whereas in multiplayer it only spawns a maximum of 3. This is easily rectified by regularly managing a Queen’s “spawn larva” ability, but the initial surprise meant that my first few matches were complete disasters. 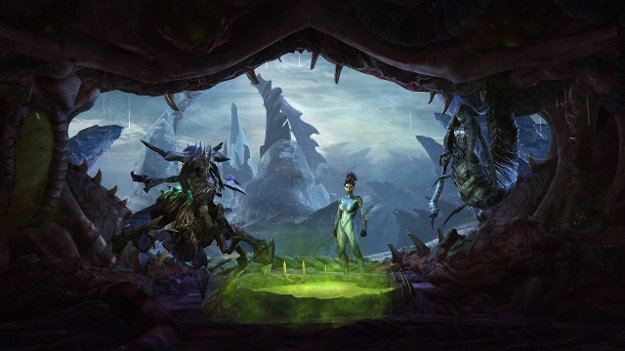 The campaign has additional reasons to feel like a different game. As in part 1, a ‘hub’ lets you upgrade Kerrigan’s abilities and improve your units. In this campaign, the hub is a Leviathan, a giant space-borne organism of ridiculous proportions. The story is again somewhat non-linear, though in contrast to part 1, each planet you visit bundles together a set of 5 missions, meaning there are fewer potential paths. The missions themselves again break the mold of “build base, destroy all opponents”, this time introducing more ‘multi-part’ missions and boss battles. Multi-part missions are those where the map readjusts itself after completing objectives, but you get to keep most of your work. Boss battles are specialized versions of these, where the map temporarily adjusts itself to only slightly larger than your viewport, and only a handful of units are available to defeat one big enemy. Surprisingly, the gameplay changes to closely resemble a platformer more than an RTS. The Zerg campaign also features a ‘hero’ unit in almost every mission, which is key to the difference in objectives versus the terran campaign. Additional short “evolution” missions help you choose between new unit abilities by testing out each option.

Like it or love it, the campaign in StarCraft II is a whole experience in and of itself, and is much more worthy of your attention than in most other RTS games. However, if the campaign in Wings of Liberty wasn’t your cup of tea, you may feel underwhelmed by this expansion. It improves the game’s mechanics in subtle yet very critical ways, but those changes will be lost on the casual, short-term player. Also of note, this campaign does not feature any Protoss missions at all, so fans will have to wait a bit longer for their Xel’naga fix.