StarCraft II: Heart of the Swarm is an expansion pack to the military science fiction real-time strategy game StarCraft II: Wings of Liberty by Blizzard Entertainment. Heart of the Swarm is the second part of a planned StarCraft II trilogy, with part three titled Legacy of the Void. The expansion includes additional units and multiplayer changes from Wings of Liberty, as well as a continuing campaign focusing on the Zerg race, following Sarah Kerrigan in her effort to regain control of the swarm and enact her revenge on the Terran dominion's supreme commander, Arcturus Mengsk. [wikipedia]

Heart of the Swarm, part 2 in the StarCraft II trilogy, continues the storyline from the cliffhanger ending of part 1 from the perspective of the Zerg and improves core mechanics of multiplayer matchmaking. Read More. 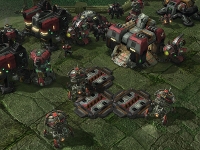 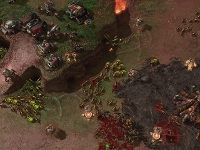 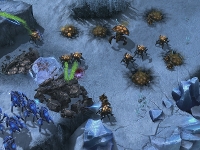