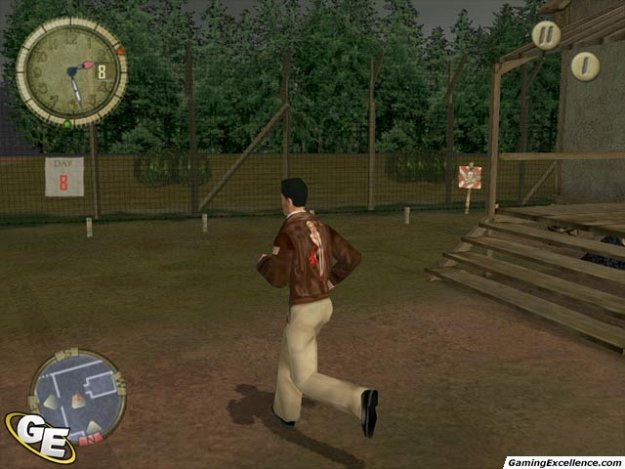 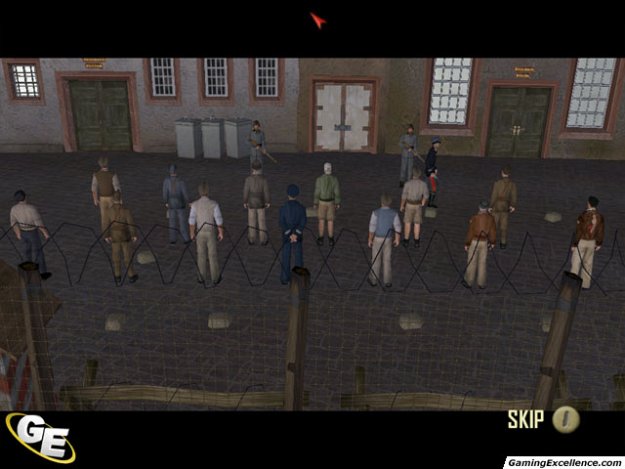 Take a trip back to Germany during the Second World War, a time where some of the most hideous and bloodlust battles were fought in human history. Valiant soldiers lost their lives; others were taken captive by enemy forces. Placed in camps, these soldiers were known as prisoners or war and were treated horribly; most do not want to be reminded of the sacrifices made by these men. Prisoner of War takes you back to this time, an American soldier captured after a plane crash. You must abide by their rules, their schedule, and do everything possible to escape, welcome to Prisoner of War.

Published by Codemasters and developed by Wide Games, Prisoner of War is a stealth based third person strategy simulation, players take the role of a captured soldier and must abide by a daily routine set out, all while making the best effort to escape the tight clutches of the German guards and officers. It goes without saying that Prisoner of War is a unique title, the concept behind this game deserves merit, yet the final product seems to be lacking in some way that may keep players coming back for more.

You are Captain Lewis Stone, an American pilot during the Second World War. Shot down in enemy territory, you have been captured and sent to a German interment camp. During your initial tour of the camp, you'll meet two other detained men; these will be your initial friends to rely on for help and information. As the game progresses, you'll eventually learn the tricks of the escape and avoidance of the guards, and it is going to take all of your skill to accomplish this unforeseeable and extremely difficult task.

Graphically, Prisoner of War is nothing spectacular. Character models are environmental textures are heavily lacking in detail, although is also designed as a console based game and has been simply ported to the PC. Texture usage is also mediocre at best. Although the graphics may provide a cartoonish feel, they simply do not inspire a player to want to continue. Although a dull and boring look may be a realistic approach to the period, it lacks inspiration and may turn some gamers away. As mentioned, the graphics developed for Prisoner of War were originally designed for the requirements of a console and simply ported to the PC; this seems common practice for titles nowadays as they can simply sell more copies for console-based games. Unfortunately, this attitude and approach are consistently degrading the number of quality titles released for the PC, and until this is changed the industry will only become further saturated with these titles that do not take into account the abilities and specialization of the PC as compared to any of the next generation consoles.

Prisoner of War is based on a third person perspective, gameplay is as expected and stealth is the primary approach. Sneaking around the camp during lights out and not getting caught in the act is a challenge, doing the same during daylight is even more difficult. Saying Prisoner of War is simply difficult is an understatement, although the first few challenges are relatively simple, as the game progresses players will find themselves surprised at the steep learning curve required. The overall idea behind the title is solid, players are expected to sneak around and avoid the guards in an attempt to eventually escape the grasp of the German guards. Yet, in several missions players may find themselves frustrated at the difficult level, make one little mistake and you will find yourself in the infirmary and required to start the mission over. Not only is this type of repetition difficult, some of the missions are quite lengthy and extremely difficult to accomplish, simply too frustrating at times.

Strangely enough, Prisoner of War is almost completely nonviolent for a title such as this. Whenever a German guard shoots at you, instead of taking you to the morgue you are taken to an infirmary and warned not to pull that stunt again. You are able to pick up items such as a crowbar, but you cannot actually attack a guard with any weaponry, you simply use it to gain access to areas previously unavailable. Although the title generally is a realistic interpretation of the German prisoner of war camps during the Second World War, this is one aspect that defies this logic, as violence was commonly used to discipline prisoners and keep them in line to obey orders, while it is never seen in this game based on the period.

Movement and gameplay in Prisoner of War is the core element of the game, players are expected to sneak around the camp and complete a series of tasks. You can pretty much do anything that one would expect, open doors, climb walls and fences, and even throw rocks and other objects to distract the guards. Players can collect objects and anything of value, using these items to bribe other prisoners and guards. Although the overall concept is well thought out, several elements need some work as they can be troublesome at times, the best example of this being the camera. As the title is developed using a third person perspective, the camera is designed to follow and rotate around the main character, although it can behave awkward and very clumsy at times, especially when attempting to execute difficult maneuvers.

The overall sound package included with Prisoner of War is without a doubt the highest strength of the title. The realistic and believable dialogue and voice acting is well done, and the environmental sound effects greatly add to the atmosphere of the period. Players are required to behave stealthy to avoid the guards, and everything from the crunch as your boots walk across the ground to the thump as thrown rocks impact objects to distract the guards. The background music is excellent, a package that inspires a varying degree of suspense depending on what kind of situation you are in. The sounds included in Prisoner of War are the strongest aspect of the title, an entertaining and enjoyable experience to say the least.

Prisoner of War is a relatively short title with a high level of difficulty; it is a well-designed concept with several flaws that impact the overall entertainment value of the title. Graphically, Prisoner of War is very dated looking, and the prospect of sneaking around a camp completing tasks may not appeal to everyone. If you are a fan of stealth based games, then Prisoner of War may be something you will want to look into, yet it will likely not derive interest from those that aren't a fan of the genre.