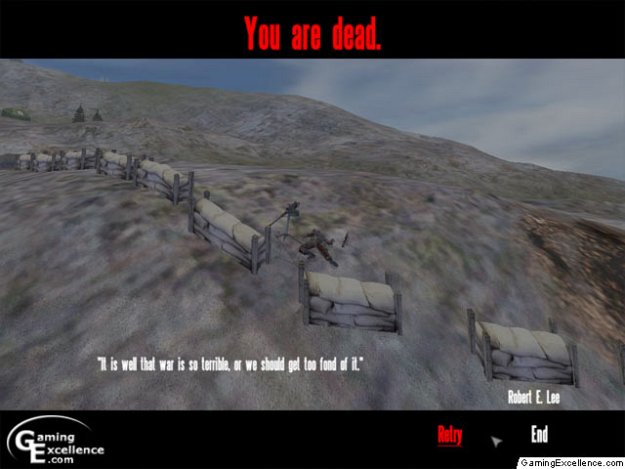 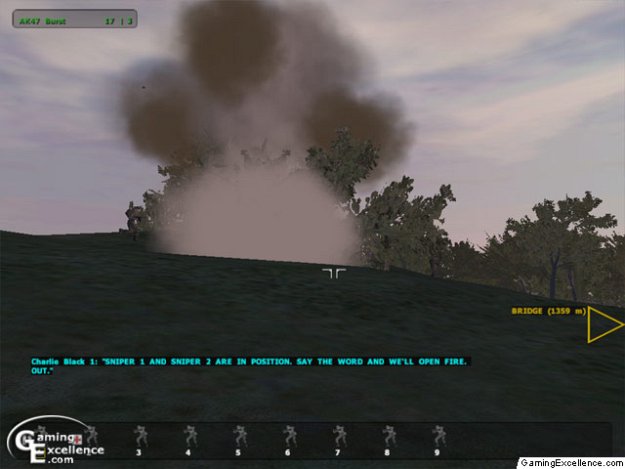 Operation Flashpoint was one of the most successful and realistic action titles released last year, it has won numerous awards including several of our own. Last winter, Codemasters' released the first of what would be several upgrades and additions to the title in the expansion pack entitled Red Hammer. This campaign was a great success for the company; it put players on the opposing force and offered many new additions to the original title. Earlier this year, Codemasters released Operation Flashpoint: Gold Edition, the original title combined with the Red Hammer campaign and a few extras to boot. Resistance is the newest addition to the Operation Flashpoint series; the question is will it meet the precedent set by the previous titles?

Resistance is a massive new addition to the ever-popular Operation Flashpoint series. Published by Codemasters and developed by Bohemia Interactive Studio, Operation Flashpoint Resistance contains a wide variety of new features with the same standard of gameplay that made the original as successful as it is. You play as a man named Victor Troska, an ex-soldier who has slowly moved away from the war and developed a successful career until it all comes crashing down. Soviet Forces are on their way, invading the island of Nogovo after the democratic government falls. Originally hesitant, Victor joins the resistance movement on the island after a reminder of what the Soviets are capable of, under equipped, outgunned, and with the odds stacked against them, the resistance movement will have to gather whatever defenses they can and hope the dedication and willingness will overpower the odds.

The campaign featured in Operation Flashpoint: Cold War Crisis was a long and arduous journey; Resistance follows this same pattern although it occurs several years before the first. The new twenty-mission campaign is combined with a series of cut scenes documenting the storyline and progressing the sequence of events. However, Bohemia Interactive Studio has introduced a new element in the campaign mode of Resistance, the ability to continue with weapons and ammunition, not to mention soldiers. Previously, once a mission was complete the next situation would not advance or progress from the previous events, this element is no longer a problem. As the campaign progresses, players are responsible for gathering and collecting as much weaponry and ammunition as possible, it becomes increasingly difficult to obtain later in the missions. If a soldier is wounded or killed in a mission, they will not return for the next and you may find your offensive forces dwindling if not properly guided.

Visually Operation Flashpoint was a well-designed and detailed title upon its release, but by today's standards it is beginning to show it's age. Resistance includes an enhanced graphics engine to update these visuals to modern standards, unfortunately the performance problems with higher detail settings do not necessarily warrant the enhanced models. When the detail settings are set near their maximum settings, the game often slows to a crawl, one step below this is playable on a high-end system but frame rates are still a problem when many objects are moving on the screen at a single time. Trees and foliage have been vastly improved and offer more cover than before, and the general terrain and models have improved as well. If the performance issues could be addressed, Operation Flashpoint: Resistance would be a must-have upgrade for any fan of the title simply for the graphical enhancements.

The storyline in Operation Flashpoint is progressed through by a series of lengthy cut scenes, although some may find the length of these introductory videos long and the content boring, they greatly assist in explaining the storyline of the title. If you are tired of watching a cut scene, they can be easily bypassed by using the infamous escape key, and this ability only really adds value to the title.

Resistance includes a completely new one hundred kilometer squared island for use; this massive territory adds a new approach and new adventure into the gameplay. Along with this island comes several new units and weapons for use, one of the aspects that has made Operation Flashpoint so popular. The ability to hop into nearly any vehicle, whether it is a troop carrier, helicopter, farm tractor, or nearly any other type of unit is something unique to the game and an enjoyable aspect to say the least.

Little has changed in the sound aspect of the title since its original launch last year. Character speech and vocals are as well acted as ever, and the background music in Resistance is top-notch, adding the feel of doubt and uncertainty felt by the main character. Most importantly, the music and sound effects greatly enhance the overall environment and atmosphere of the title, something that no successful campaign can do without.

As with both Operation Flashpoint: Cold War Crisis and the Red Hammer expansion, Resistance offers a complete multiplayer mode through local area network or the GameSpy software for up to sixteen players. The network code in Resistance has been improved from the original title to improve efficiency and performance, not to mention a wide number of new multiplayer missions. Whether it is the basic deathmatch or the co-operative objective based missions players can get the best of both worlds with Operation Flashpoint: Resistance.

It goes without saying that Resistance is a huge expansion from the original title, the new twenty mission campaign, single and multiplayer missions, new island, vehicles, and weaponry, enhanced graphics engine, as well as a captivating and realistic storyline are just a few of the assets the title has to offer. Although the performance issues with the new graphics engine need to be addressed, the title is a well-developed and entertaining expansion to the Operation Flashpoint series that will keep players entertained for many hours.