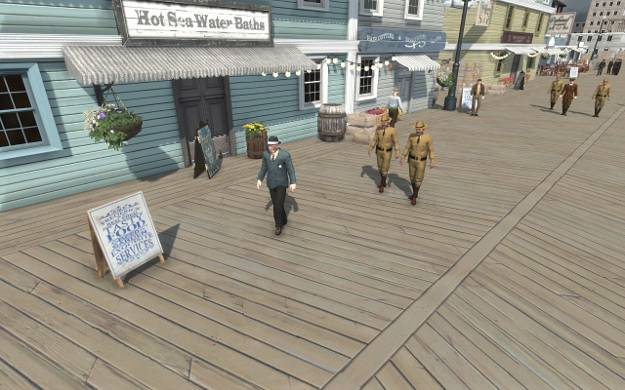 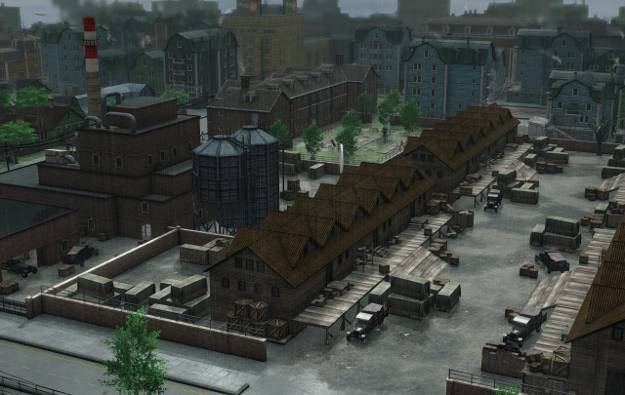 Omerta: City of Gangsters is a unique look at taking over a city at the height of Prohibition during the Roaring 20's. You, as the main character and controller of a gang, get to decide the best way to expand your mob's territory in this city simulator that takes place in Atlantic City. The city itself is broken up into 15 multiple areas modeled on the actual Atlantic City that can be explored and interacted with; each of them has their own setup and their own enemies to deal with.

We play The Boss, a character with a customizable background that affects the ability stats you play with. The Boss is the leader of a small gang that wants to expand their influence. Within that gang, you have henchmen that you can control. Each henchman has their own stats and abilities, making them individual and unique. It also means that when missions come up, there are certain members you may want to send for particular missions based on stats.

The game itself is based off the Tropico engine, which means that we have building management included in the game, but building management in a way that Tropico never touched upon. Instead of having to worry about how many people you have working at a particular building you're concerned about all the stuff a Mafia Don would care about. Like whether a building would be a better place for a brewery or underground boxing ring. Buildings can be bought, rented, demolished and taken over from others and changed to suit your purpose. Buildings can even be changed into goody two shoes type buildings, like soup kitchens or halfway houses. The in game reputation system is affected by these sorts of small details and can help determine if the citizens love you and will help you out with tips and small favors, or if the mayor hates you and constantly sends the cops to raid your buildings. The Heat meter in the game will likewise help determine how much hassling you get from the cops and how much of a wanted criminal you are. 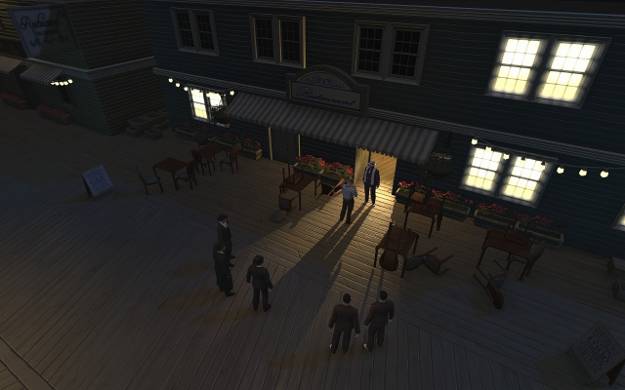 Combat is handled in a very interesting way though. In Tropico, the outcome of a battle played out in front of the player without any real control over what happened. Omerta has the option of letting a conflict auto resolve (such as when you send your goons in to take over a building or break up a KKK meeting in order to steal the funds they just got their hands on), or you can control it yourself. When you auto resolve, you are told the probability of winning and given the option of letting it go or handling it personal. The more goons you send into the fight, the better your chances are of winning.

When you choose to control your combat, you go into a initiative based turn system that has movement and actions points, allowing you to strategize which of your goons attacks which of the enemy forces. Your henchmen have weapons they use; better versions can be bought or current weapons upgraded. There are even considerations to take into account such as the cone of fire that a shotgun fires in. You don't want to hurt your allies, so shots need to be taken carefully. There is a fog of war cover over the battle as well, allowing you to see only what's immediately in a goons line of sight. Again, these all add to the strategy of the battle itself, making it so that players have to actually work out what they want to do in combat. But it also gives a great deal of control over the outcome which is nice to see.

By taking over different areas of the city, you can earn rewards such as upgrades to weapons or abilities that goons can use in combat. Money can also be earned and spent in the game and there are two different kinds of money. There's Dirty Money and Clean Money. Dirty Money is easy to get but hard to spend (legitimate businesses don't want it) and Clean Money is hard to get but easy to spend. Money can even be laundered in the game so that it can be used more readily. And the booze and weapons businesses in the game can really rack in the cash for your growing gang, especially since the game is set during a violent Prohibition setting.

The game itself is incredibly detailed, with a real time Day/Night cycle that contributes to the atmosphere of the game. When the game was fast forwarded a bit, I could see the lengthening shadows on the screen and I could see the cars starting to thin out a bit. The citizens of the game don't stay out at night for the most part, knowing that their city is overrun by gangs. The missions you can do change between night and day as well; with night being the best time for things like drive bys. And during the combat, when opponents were killed, their little bodies fell to the ground and a nice gory pool of blood appeared under them. Blood + Video Game You Don't Expect it In = Awesomesauce.

Omerta: City of Gangsters is due out on the PC and Xbox 360; and I'm seriously looking forward to this one. Getting to control the peasant rabbles of an isolated Caribbean island is one thing; completely taking over a city and crushing the rival gangs in your way is going to be a lot of fun to strategize and execute.