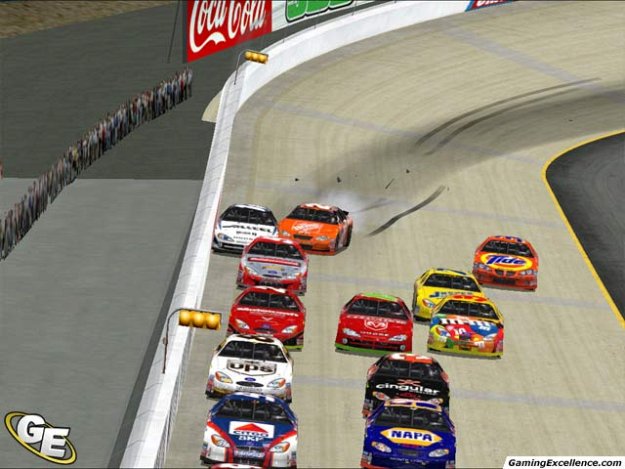 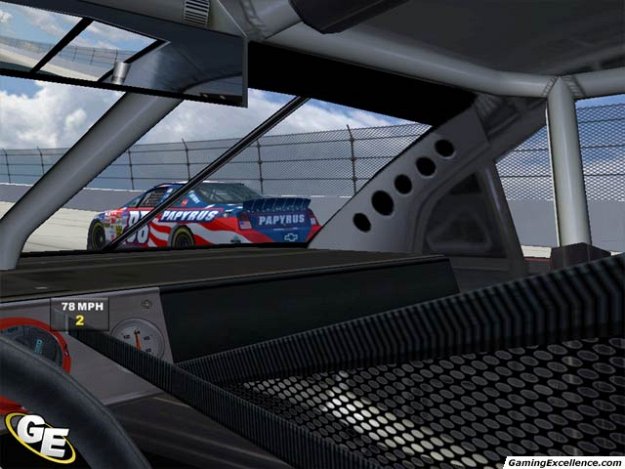 Ever since the late 1980's when Papyrus made their debut onto the PC gaming scene with Indianapolis 500, they have gone above and beyond; assisted in bringing the genre to what it is today. Starting with the release of NASCAR Racing back in 1994, and following it up with NASCAR Racing 2 and 3 in 1996 and 1999 respectively, the series has been a hugely successful investment for Sierra. The largest enhancement to the series came in NASCAR Racing 4, as the development team used the physics engine from that of Grand Prix Legends, an absolutely brilliant move as it completely revolutionized the series. With realistic handling capabilities and six degrees of freedom, this engine has proven successful and is still in use to this day. Last years NASCAR Racing 2002 Season brought some new ideas to the table, with enhanced graphics and a tweaked physics engine, people were left wondering how the series could be improved. Yet, even after all of this success, good things have to come to an end and NASCAR Racing 2003 Season marks this for the legendary series.

Although NASCAR Racing 2003 Season is very similar to its predecessor, Papyrus have gone all-out in adding as many features as possible to provide the most realistic racing experience available on the PC. Over the years, fans of the series have requested a wide variety of additions, and Papyrus has taken the time to add many of these suggestions to the product. Featuring the 2003 season drivers and tracks, NASCAR Racing 2003 Season is the pinnacle of racing products and is going to be hard to touch in terms of gameplay and realism for a long time to come.

Some of the most notable changes in NASCAR Racing 2003 Season come in terms of its overall gameplay, the tweaks and improvements made to the physics engine and modifications designed to make the title as realistic as possible. As players progress through a race, the windshield will progressively build up dirt and oil, diminishing the view of the driver. Pit crews will clean the windshield on a pit stop or simply pull off a tear-off, a small piece of plastic that covers the windshield to allow quick removal of dirt. Although when you are sitting in the pits you cannot actually see the animated pit crews clean the windshield, this new feature is an excellent one. In addition to the dirt buildup on the windshield, each track now features realistic bump texturing and cracks along its surface, players can feel the cars rumble on the surface as they progress around the track. These new features allow players to immerse themselves further in to the world we like to call NASCAR Racing.

Aesthetically, the NASCAR Racing Series has always been impressive; NASCAR Racing 2003 Season is no different. Tracks have never looked better, the buildings and overall presentation of the title has been improved from its predecessors. Papyrus have included several new graphical effects that enhance the overall experience, glare off the windshield as the sun sets over the horizon, transition from evening to under the lights racing, and even the Goodyear blimp flying high above the track. Another new addition is the ability to display all of the AI pit crews and war wagons on pit road. Although this is a very resource intensive feature, it is certainly valuable if your PC can handle the performance hit. Combined with the pleasing visual additions are a variety of new camera angles; most notable is the in-game perspective viewpoint. With the ability to adjust the angle of the new "chase" camera, even fans of the more arcade-based racing titles should have no problems adapting to NASCAR Racing 2003 Season.

Damage is a key element in any modern racing simulation, and I am amazed at how many titles simply overlook this aspect. Fortunately, Papyrus have completed an overhaul of the damage model in NASCAR Racing 2003 Season, providing a more realistic vehicle response to damage. Even slight bumps with other cars or walls can have a significant performance decrease, especially on the larger tracks where drafting is required. Handling is greatly influenced by the condition of the car in NASCAR Racing 2003 Season, albeit high-speed impacts still need some improvement. The damage caused by high-speed collisions is quite minimal as to what would be expected, although this is understandable as it is near impossible to develop a completely accurate damage model without taking a massive performance hit on the system. Overall, Papyrus has done a good job in recreating the damage of a real Winston Cup racecar, something few developers have managed to do successfully.

The only major downfall to NASCAR Racing 2003 Season is that very little has changed in terms of its structure and format, not withstanding the removal of Darrell Waltrip's driving guides. The tutorials, quick race, championship, and multiplayer support for up to forty-three players are still the same. Although players new to the series may find this a good structure, long time fans of the sport may be getting a little bored at these basic options. One feature most requested by fans is a career mode, the ability to start out with virtually nothing and work your way up through the ranks. Unfortunately, this aspect was overlooked, something that would have vastly increased the replay value of the title.

The NASCAR Racing Series of games has been highly successful over the years for a number of reasons, most notably the great attention to detail. The technical specifications of each car and track are near identical to their real-life counterparts, and the ability to customize nearly every aspect of the game is superb. Car handling and its reaction to modifications to the setup are believable; every factor has been worked into the overall framework of the title. Papyrus have come up with a good balance of handling and performance of the car based on a variety of environmental factors, something that sets this title apart from other NASCAR simulations. Track and ambient temperatures, wind speed and direction, even the presence of sunlight affect the overall balance of the racecar and its performance, just as in real-life racing situations. This attention to detail is astounding, and goes to show why the series has been popular for so many years.

Although NASCAR Racing 2003 Season isn't here to revolutionize the series, it is a worthy addition to any gamer's collection. Papyrus has gone all out implementing a variety of highly requested features to make this the most realistic NASCAR Racing simulation available, and have proven that they are still the best at what they do.