NASCAR Racing 2003 Season is a racing game developed by Papyrus Racing Games for the PC. The game was released on February 4, 2003.

Ever since the late 1980's when Papyrus made their debut onto the PC gaming scene with Indianapolis 500, they have gone above and beyond; assisted in bringing the genre to what it is today. Starting with the release of NASCAR Racing back in 1994, and following it up with NASCAR Racing 2 and 3 in 1996 and 1999 respectively, the series has been a hugely successful investment for Sierra. Read More. 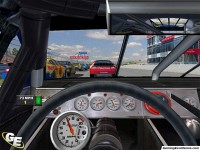 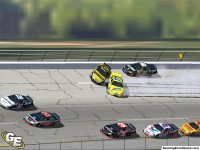 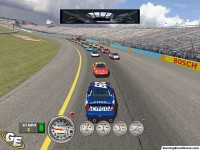