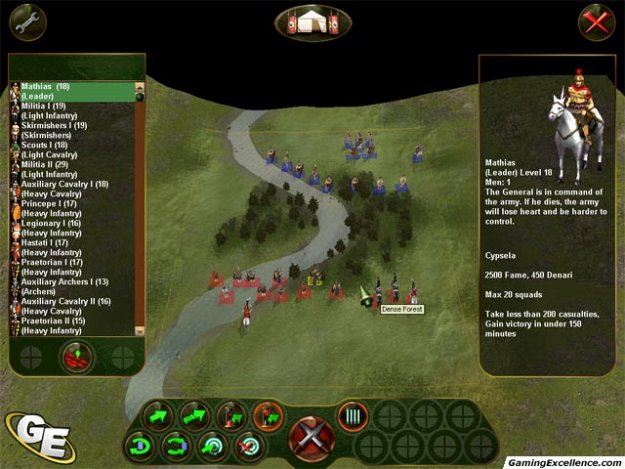 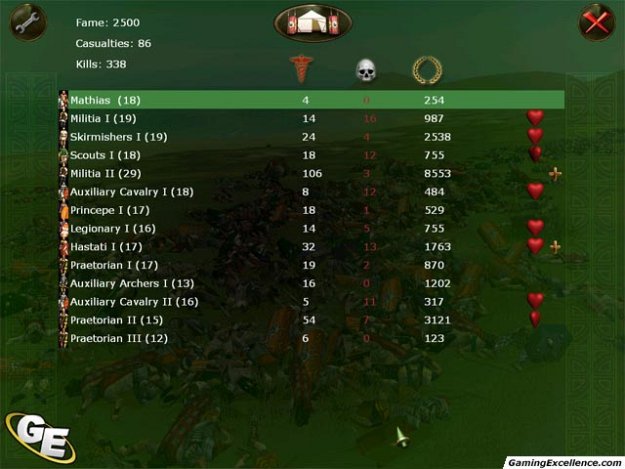 Slitherine has produced a long line of strategy games set in the roman time period, and Legion Arena is a further extension of this formula. While games such as Rome Total War start us off at a certain point and time and then let us change the course of history, Legion Arena plays out the historic timeline in a realistic fashion. We were given a chance to play the Legion Arena beta version, and I must say that the game's addictiveness is one of its strong points. I was always one of those gamers who loved to take Rome Total War's 3D battles into my own hands and inflict maximum casualties while taking as little as possible. Legion Arena focuses on these 3D battles while at the same time increasing the strategy involved.

Legion Arena is not simply a combat strategy game, but is a mix between it and an RPG game. While the gamer does not focus on building cities and expanding borders, the game focuses on building your army by buying units and upgrading them. There are three campaigns, one of which is the tutorial, which must be played before the Roman or Celtic campaigns can be played. These campaigns lead you through a series of 3D battles, each with varying degrees of difficulty with different objectives. Some missions you will have to kill the enemy leader while being vastly outnumbered. Other times you have to survive for a certain period of time before reinforcements can arrive. Between missions you will be able to heal and upgrade your units. There are only two sources of income in the games, denari and fame. These are given for completing missions. Fame is used for healing your units, while denari is used for buying new units and upgrading them with armor and weapons. Once you've finished upgrading and buying units, simply clicking on a button moves you on to the next mission.

Each mission starts off by giving you the background for the battle. Why it's happening? Who's involved? This is important because not only does it present the history of the battle, but it also gives a sense of continuation from mission to mission. Once this introduction is complete, the next step is to deploy your units. It is here where the player needs to determine which units should be deployed to the field and in which formation, along with the units initial orders. The enemy is also deployed before hand, so it is usually pretty simple in picking which of your units you want to have face off against theirs. Once all of this is done, the battle will begin and the units will initiate the orders given during deployment. One of the key differences between Rome Total War and Legion Arena is the addition of a command point bar. To give a sense of realism, your commander has a certain amount of command points with a certain regenerative rate. When you give orders in the field, this bar will decreases based on the order cost for that unit. This encourages the player to set up their army properly in the deployment phases, so as to be able to command your army appropriately. The max number of command points and the regeneration rate can be upgraded when upgrading your commander.

The gameplay is fairly realistic, and the RPG elements really do help the player determine when a unit group is winning or losing a fight. Successful attacks are displayed in yellow while enemy attacks are in red. So when two unit groups begin a battle, it is easy to determine which side is winning by the rate of yellow to red numbers appearing above the fight. Other items that will appear above will be a horseshoe, which is when a unit is trampled, or an arrow or spear for when a unit has been killed by a ballistic.

Overall, the graphics are fairly decent, and the sound really presents the battle in a realistic way. Though they are not as detailed as Rome Total War, the games addictiveness will win a lot of gamers over who are looking for another shot of 3D sandbox battles. Legion Arena is coming along nicely, and should make a worthy addition to the strategy genre when it ships towards the end of this year.