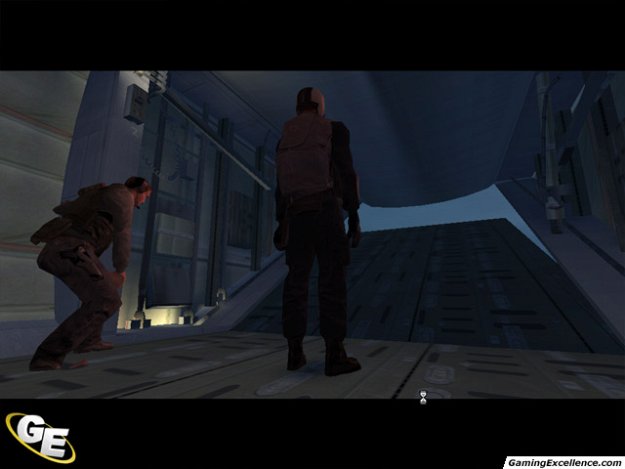 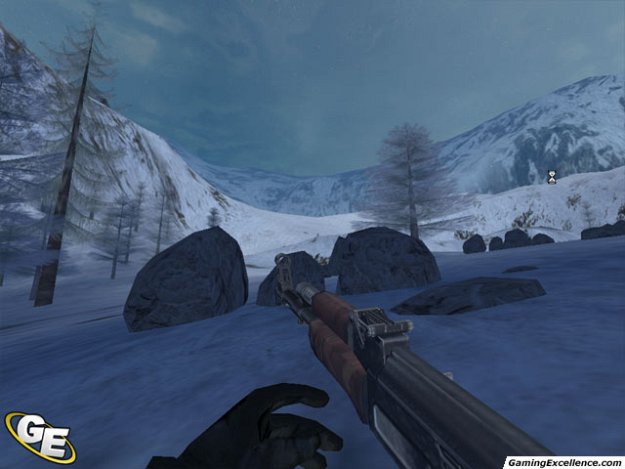 An airplane passes unnoticed overhead as a figure falls silently through the sky to the ground at a high-security, remote location. The agent removes his parachute and advances carefully and silently towards the armed guards, using stealth and a number of high-tech weapons to his advantage to complete his mission unnoticed. Does this scenario sound familiar? If not, then you haven't been playing recent first-person shooters.

As of late, the first-person shooter genre has evolved ever so slightly to encompass this new style of game, focused more on stealth than firepower. Enter IGI 2: Covert Strike, the sequel to one of the first successful stealth shooters, Project IGI: I'm Going In. Developed by Innerloop Studios and published by Codemasters, this game picks up where the original left off in every way. The story is set immediately after that of the original game, as players must once again guide British operative David Jones through his top secret missions for the U.S. military organization IGI. The game also fixes many of the problems with the original and makes several notable additions, such as an in game save feature (although restricted) and the welcome inclusion of an online multiplayer mode.

Dubbed an action military/adventure game, IGI 2 has its own unique place in the first person shooter genre; the game is not entirely dependent on stealth, nor is it entirely focused on action. Somewhere in between, missions are designed to be completed covertly, with as little notice from the enemy as possible. However, some areas can still be completed successfully with enough firepower, as long as players remember to use a little caution and common sense to avoid enemy fire. This can be much more difficult than it sounds in this game because the only real obstacle forcing players to take the slow and careful route through the missions is the extreme the accuracy of enemy fire. The AI in IGI 2 is most definitely its worst flaw; enemies are definitely not the brightest, but their shots are deadly accurate. This leaves little room for error because once noticed, players must quickly head for cover or discover a way to absorb the swarm of incoming bullets without taking damage.

As a result of this, the game severely lacks depth. I spent a high portion of my time dead or in a near death situation, with very little happening in between. This was likely due to my lack of interest in taking the covert (or long) route to carefully plan my next move, and because of my great desire to cause mass destruction in a short period of time. However, players will not have too much difficulty dealing with the enemy threat and will progress in a fairly quiet, boring manner throughout the levels if they choose the former of the two paths as opposed to the latter. With that in mind, IGI 2 has an abundance of gadgets available to get the job done. These include a satellite map, binoculars and a thermal imaging device to locate the enemy, and over 30 different weapons to dispose of them.

The single player portion of the game also suffers from another fatal flaw, that being extremely buggy missions. The game performs sporadically at best, even with the most recent patch applied. The most prevalent problem I found was that mission five is completely impassable, as the game would crash each time the military vehicle reached a certain point in its path, without fail. The multiplayer portion, on the other hand, does not seem to be quite as bad. This was something that was lacking from the original, and it fairs quite well here. Although definitely not groundbreaking, it does hold its own with a team-based approach to similar objectives from the missions. The fact that servers exist and players can be found in games speaks for itself.

Of course, a highly important detail about this game that has been overlooked thus far is the graphics, for both single and multiplayer. Lets start off by saying that IGI 2 is definitely not a revolutionary game, period. However, the graphics are definitely not an eyesore added hastily at the end of production. There are many beautiful, large outdoor environments to be explored, as well as many nice textures found indoors. Outside, players feel like they can see for miles in all directions, with no loss of detail on top of snowy mountains or in dry, hilly terrain. The environments just feel right. Weapons and enemies are highly detailed and cut-scenes are done well.

The problem in this area seems to be with efficiency; the game runs slowly on even high-end systems that exceed the recommended requirements. Frame-rates take a severe hit and entire sequences run painfully slow, especially in critical moments. This occurs mostly when the player chooses an all-out firefight over the covert route, engaging all the enemies in the surrounding area. Unfortunately, when this happens the player does not stand a chance, making it another factor contributing to frustration and a high level of difficulty.

With all of this happening, a player has a lot of time to notice the sound in this game. First, voice acting is very nice and plentiful. From the mission briefings at the beginning of each level, to the mid-level intel-updates, to the enemy yelling when you've been discovered, IGI 2 has it all. Fortunately, this is one area in which the game really excels as it is of critical importance to the entire single player story. Sound effects are also dead on, with realistic sounding gunshots and footstep filling in the gaps in the levels between the briefing and successful (or unsuccessful) completion.

Despite a few minor glitches, a fairly high level of difficulty, and sometimes frustrating AI, IGI 2 is a solid release in the stealth shooter market. Although it may not appeal to all fans of the genre, it does a decent job of what it set out to do: to deliver a compelling storyline and engaging sequence of events to hold the interest of the player. There are no real complaints about the quality of graphics or sound, and the noted improvements over the original make great additions to the game. IGI 2 may not be the best stealth game to date, but it definitely isn't the worst. For those with an interest in the stealth action genre, IGI 2: Covert Strike certainly will not disappoint.