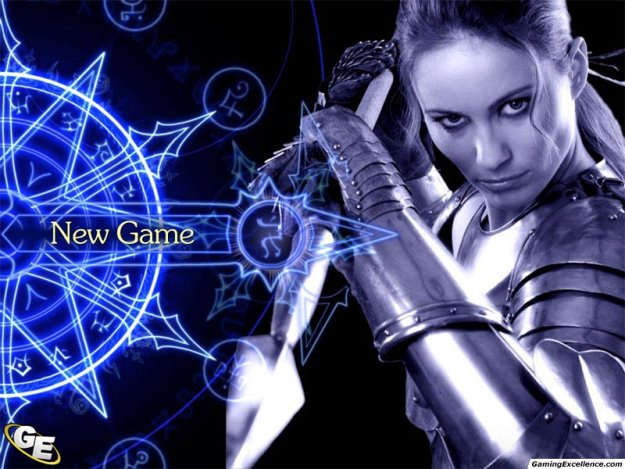 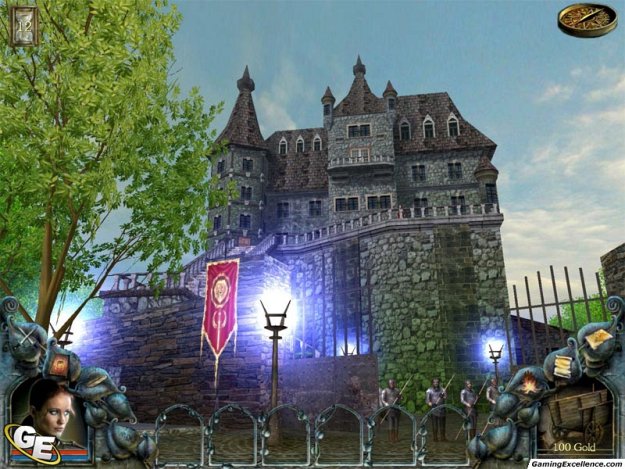 Classic RPGs are often a treat for nostalgic gamers to play, and games that hearken back to the originals can be fun, but they walk a thin line between being enjoyable and feeling like there's nothing new offered. Gods: Land of Infinity takes the latter road, though it is not without some positive qualities, albeit minor.

The plot starts out with an extended cutscene that basically tells the tale of the world: the gods didn't really like each other and a war was started, eventually dragging the humans into it (why are we always the ones who suffer?). After a particularly unpleasant god discovers a weapon that can kill everything it is used against, the god of fire decides that action must be taken. He creates an avatar (you, a female named Vivien) to another world, in order to find the 'counter-weapon.' Upon arrival, however, Vivien loses her divinity and must figure out how to get it back, while searching for the counter-weapon.

As you travel through various areas in the game, you'll be treated to the first-person view (reminiscent of the Might and Magic series), as Vivien, while the party members acquired through travel are displayed across the bottom. From this interface, you can manage your inventory, check your stats (and raise them, if you've levelled up), and use alchemical recipes, a simple but innovative system that can be used with a variety of ingredients, fuel, and mana to create a variety of potions and other results. Travelling is easy enough, and looks decent, if not a little bland. There is also very limited interactivity to the game, as you can not actually enter buildings, so shopkeepers just stand outside, waiting for you to speak to them.

The world is divided into a series of areas that are accessed by using signposts and clicking on your destination. It's fairly simple, and tends to detract from the feeling of being in the world, since you don't actually get to see the surrounding land, just a map of locations. Walking around can sometimes be a hassle, since the only way to heal yourself (aside from potions and in-battle healing magic) is by camping, which requires food and water to prevent your characters from starving. Carrying these provisions is heavy enough just for a couple people, but problems arise when you must provide for an entire party full of adventurers. Sometimes stores don't even carry enough food to feed everyone, and when long hikes are ahead, this can become a big problem.

If, while walking around, you happen to move too close to a hostile enemy, you'll begin a fight with them, including any of their buddies they may be close by. The battles take place with you facing your enemies in a turn-based style of combat. You're given the option of attacking, using spells and items, defending, and running. Though this may seem simple at first, it isn't quite so easy. First, there are multiple forms of attack, ranging from a single-hit to attacks that stun your enemies or make them lose hit points over time, or moves that allow you to attack multiple times in one turn.

To add to battle complexity, every action you execute (except defending) costs action points (AP) to accomplish, which can only be recovered by defending. This adds a strategic element to battles, and requires thinking ahead. The formation of your party also matters. Both your and your enemy's parties are arranged in two rows of four. Members in the front can attack like normal, but are also open to attack, while members in the back can't use melee attacks and instead use magic and arrows to hit anyone they please. This forces you to decide which characters are fit to take a few hits, and which should be relegated to the back row.

In general, the battle system is pretty good, but it still has some problems. For one, the action feels a little slow and even the quickest battles tend to take a little more time than they should due to various animations and pauses. Additionally, and this is the most irritating aspect of walking around, running away from a battle costs you all the experience you have gained since your last level gain. Even if you only have one point of experience remaining to gain a level, you'll be reset to your original values, as well as returning to the beginning of your current area. It makes running away entirely pointless, and if the need comes up, it's much more useful to reload a previously saved game.

One main issue of the game, which may be a positive or negative point depending on how you like to play games, is the lack of direction you're often presented with. From the beginning of the game, you're given a vague objective with absolutely no idea of where to start, forcing you to run around towns, talking to everyone you can. This pattern continues throughout the game, and often events will conclude without any hint on where to head next. Those who enjoy a game that has less handholding with regards to objectives may like this, but it's a frustrating experience for everyone else. The lack of description in the quest list doesn't help either. The game does have a journal to record messages but if anything is to be found in it, pages and pages of useless text have to be perused.

There must've been some sort of problem with localization: there are countless amounts of spelling and grammar mistakes in the game. This lack of quality is somewhat indicative of the rest of the game, as there are many other areas that show a lack of polish, notably the sub-par voice acting and repetitive music. These issues, though minor, are numerous and detract from the experience as a whole.

There are a few good points to the game, but in general it's a very unremarkable experience. There are no areas of the game that are particularly bad, but then, there aren't any that stand out. What really decreases its appeal is the pacing and the general lack of quality; obvious problems that stand out to anyone who plays this game. Some games are built to stand the test of time, being just as entertaining after a decade has passed, and still remembered after three. Gods: Land of Infinity, is not one of these games. It has its minor perks, but it's not quite enough to be of note.