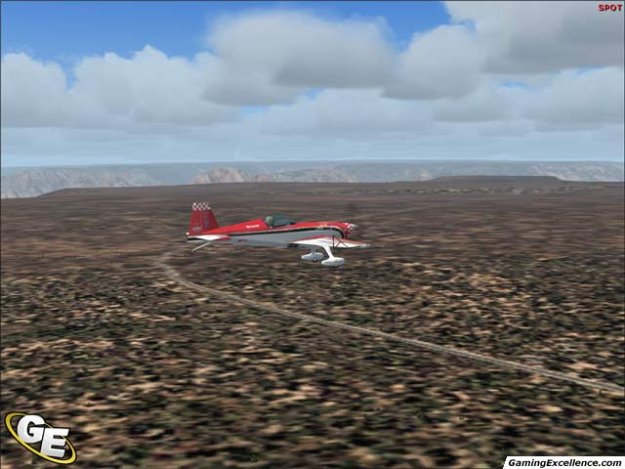 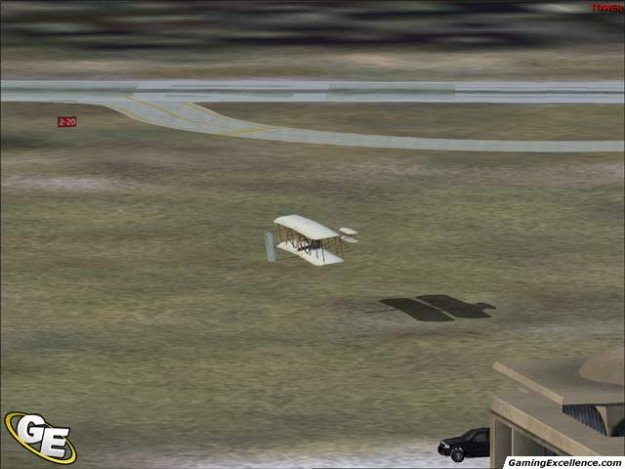 The newest addition to Microsoft's wildly popular flight sim follows the same formula that made the Flight Simulator series successful in the past, while adding new features that will make casual and hardcore fans want to pay the purchase price. The title alone creates an excitement among aircraft enthusiasts too difficult to ignore. Do I wish I could fly a Douglas DC-3? Of course. What about the Spirit of St. Louis? Most definitely. And who could forget the Wright Flyer that spawned the air travel industry as we know it? Well, maybe not, for safety reasons (it did only fly for 12 seconds on its first flight), but it is still pretty cool to try out from the comfort of my own home.

A Century of Flight keeps with previous versions of the popular game, in both its extremely realistic gameplay and stunning graphics. However, this whopping four disc set makes significant feature additions that will not go unnoticed. First, the Learning Center is probably the most important addition made that is not in-game. Boasting an incredible 500,000 words about everything from display settings and performance, to in-game controls and features, and lessons, briefings and aircraft handbooks, this is a must read for anyone. It is also available in-game for a quick brush-up while flying. And for those of you interested, there is also the Century of Flight section with detailed information on the nine historical aircraft available including information on historical flights made with those aircraft.

Other features included are the dynamic weather system, with weather themes available to challenge the more capable pilots, an enhanced air traffic control system and runway signs at airports, all to provide even more realism to the already unparalleled gameplay experience.

As mentioned previously, this version of the game includes the following nine historical aircraft: the Wright Flyer, the Curtiss JN-4D "Jenny", Vickers F.B.27A Vimy, the Ryan NYP "Spirit of St. Louis", Ford 4-AT-E Tri Motor, the Lockheed Model 5B Vega, the Douglass DC-3, Dehavilland DH-88 "Comet" and the Piper J-3C-65 "Cub". The 15 modern aircraft included with these are models from Beechcraft, Bell, Boeing, Cessna and Bombardier.

For beginners this all may seem a little daunting, however, the tutorial system is well equipped so that even those who have never seen an airplane up close before can take one for a spin. There are short video clips to watch in the form of instructor movies as well as instructional flights to familiarize new pilots with the instrument panel, controls (either keyboard or joystick) and various maneuvers. These are usually first demonstrated by the instructor and then the pilot in training has the opportunity to reproduce them. Everything that a real pilot would have to control on an airplane is here, as well as all the controls and instruments available in a real cockpit. Note that the hardest of any of these seems to be landing the plane. I still haven't mastered this intense technique. Remind me never to take flying lessons.

The sound in Flight Simulator is extremely well done. It makes one easily believe that they are actually in the cockpit of any of the available aircraft. The engine roars with incredible realism; as you increase the throttle you will know whether you are flying that Boeing 747 or the Wright Flyer in an instant.

Also, the graphics are incredible as per usual. Another amazing feat is how well they scale to support varying systems. At first I was a little worried that my early model Pentium 4 processor and nearly antique GeForce 3 graphics card would pose problems. Even though they are way beyond the minimum system requirements, I wanted to make sure I could get the most out of this game with the most realistic experience possible. However, much to my surprise they handled the game quite well. Good news for those of you without the resources required to purchase expensive hardware upgrades, your system may still have life in it. As a matter of fact, I ran the game with the default graphics settings (you can turn these effects down or off completely) and actually turned a couple up a notch or two. Of course, for those who have the luxury of enjoying cutting-edge technology, the visual settings can be cranked to produce the most realistic and enjoyable experience possible.

With Flight Simulator 2004, Microsoft has done it again. They have taken the highly praised core features of previous versions and made significant improvements and new additions that will impress both those new to the series and repeat customers alike. From enhanced air traffic control features, to an improved map with increased level of terrain detail, or from the more realistic weather system to the new Learning Centre, these guys are not attempting to sit back and capitalize on past franchise successes.

Nor do they attempt to merely exploit the centennial celebration of the first flight. The title is not merely used as a gimmick; on the contrary, it has meant cramming more new features into an already jam-packed title. With an abundance of information on the historical aircraft and their equally historic flights, and also the opportunity for players to fly them; pilots will learn to appreciate their complexity and the ingenuity of the time.

A Century of Flight provides the most realistic gameplay experience to date. Short of actually acquiring a pilot's license and flying a plane, nothing else comes close. Not only has Microsoft pushed the standard just that much further out of reach of any potential competitor, but they have again set the bar that much higher for themselves, one can only imagine what's next in the series?