Flight Simulator 2004: A Century of Flight is a simulation game developed by ACES Studio for the PC. The game was released on July 29, 2003.

The newest addition to Microsoft's wildly popular flight sim follows the same formula that made the Flight Simulator series successful in the past, while adding new features that will make casual and hardcore fans want to pay the purchase price. The title alone creates an excitement among aircraft enthusiasts too difficult to ignore. Read More. 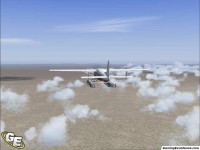 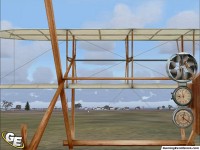 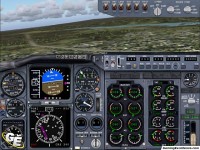