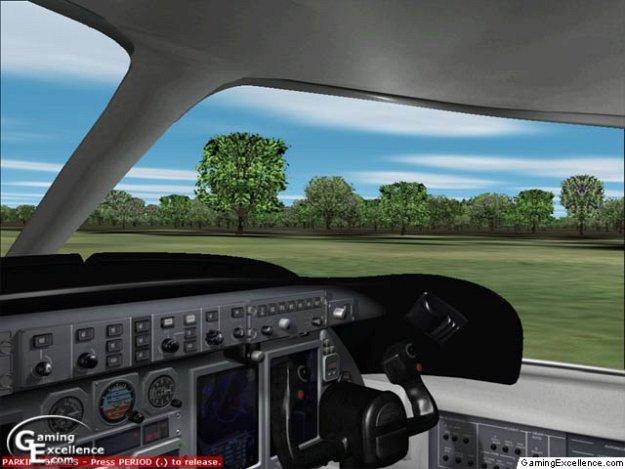 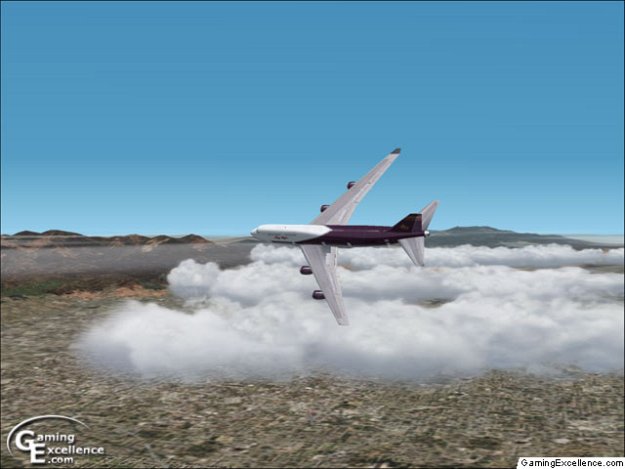 Microsoft's prominent Flight Simulator franchise has been popular for years, especially among simulation fanatics. With its extremely realistic gameplay and beautiful graphics, Microsoft has always succeeded with these titles. Flight Simulator 2002 continues this trend with its new features and vast improvements.

Microsoft Flight Simulator 2002 comes in two different versions, Professional and standard edition. The primary difference between the two is a wider variety of aircraft have been included in the Professional version, as well as the GMAX editing software for creating additions to the game. Hardcore flight simulation enthusiasts will no doubt want to purchase the Professional edition, but for those who don't need the editing software or are just occasional pilots, the standard edition should be more than enough.

Installation of Microsoft Flight Simulator 2002 was smooth, but be warned, you will require a massive 1.9 gigabytes of space for installation. Smaller installations can be done, but performance is greatly compromised as the textures are loaded off the CD-ROM instead of the hard disk. When comparing the two installations, the full installation provided more detailed environments as textures could be loaded quicker off the hard disk than the CD-ROM, so it comes highly recommended that the game be completely installed to the hard disk.

If you are looking for a combat flight simulation, than you should probably stop reading this review right now. If you are seeking an action flight based simulation, you're best bet is to wait it out for Microsoft's Combat Flight Simulator 3, as it will use the same engine with the added bonus of weaponry and explosions. For anyone interested in the flight simulation genre with the unparalleled realism of flight, than look no further than Microsoft Flight Simulation 2002.

For anyone new to the flight simulation genre of games, players can take a lesson in piloting an aircraft from the in-game instruction course. An experienced pilot will show you the basics of flying an aircraft, everything from takeoff to landing. The Flight Simulator series has always prided itself on being the most realistic flight simulations available for general use, and Microsoft Flight Simulator doesn't deviate from this initiative. Everything that a real pilot would be expected to complete is included in this title, whether it is raising or lowering the flaps, to adjusting the fuel mixture.

Menu navigation has been much improved from previous versions; a more streamlined and simple system has been implemented. Whether you want to take a preset trip across the country or setup your own departure and destination locations, it can be easily arranged with a few clicks of the mouse. In game navigation is easily accomplished as well, and a variety of hotkeys can be assigned and preset to make navigation quicker.

To get the most out of Microsoft Flight Simulator 2002, players will need a power-packed hardware setup, new graphic cards and high-end processors are a must. Although the title is greatly optimized from previous versions, to take advantage of the beautiful graphics, players will need a fairly new system to run the game to it's full potential.

Microsoft Flight Simulator offers much to keep both experienced and occasional pilots playing for hours, with over 21,000 airports for departure and arrival. Accompanied by the ability to schedule a flight is the preset scenarios, ranging from easy to hard in difficulty settings. As well as the new scenarios, all of the previous scenarios included with Flight Simulator 2000 have also been included, so anyone familiar with the title should quickly recognize them. With the virtually endless combination of flights to be created, and a vast amount of aircraft, players will be enjoying Microsoft Flight Simulator 2002 for a long time.

If you have ever played any of Microsoft's previous flight simulations, you probably noticed a few things missing, most notably other aircraft in the skies, and the air traffic controller. These are just a couple of the new features implemented in Flight Simulator 2002. The new air traffic controller system (ATC) is easily accessed by using a simple menu system, commands are sent and acknowledged by a single keystroke. This new system is of huge benefit to the title, and greatly increases the realism of the game.

Microsoft Flight Simulator includes a multiplayer mode through the MSN Gaming Zone or local area network for up to 300 players. Take off into the open skies surrounded with a variety of other aircraft, or opt for an online flight in a desolate airport, the choice is yours. To use MSN Gaming Zone, players are required to register for a Microsoft Passport and download a small piece of software to connect you to the multiplayer servers.

One of the more prominent aspects of the Flight Simulator series is the variety of aircraft available for flight, and this trend continues with Microsoft Flight Simulator 2002. Whether it is a Boeing 747-400, Learjet 45, Bell 2063 JetRanger Helicopter, or the all-new Cessna C207 Caravan Amphibian, Flight Simulator 2002 will offer something for everyone. Also included is the Extra 300S stunt plane and the Sopwith Camel used during World War I.

As with previous versions, the visuals presented in Microsoft Flight Simulator 2002 are extremely realistic and detailed. Unlike previous versions however, the landscapes and environments are completely filled with objects such as buildings and houses, and the textures are much more crisp and not "washed out." In most aircraft, a "virtual cockpit" has been included that allows you to look around and view the inside of the cockpit, as well as out the side windows of the aircraft. Multiple viewpoints have been included, allowing players to fly the plane from within the pilots seat or from a few hundred feet back, and everything in between. Camera's positioned on the airport towers give beautiful shots of planes taking off and landing, and is as realistic as they come. Microsoft has taken Flight Simulator 2002 to a new level in graphical quality, and this is one area where the developers deserve a round of applause.

Microsoft Flight Simulator 2002 isn't perfect, and a few glitches were noticeable while flying. On occasion, the display on the instrument panel would become blurry and slightly distorted at times, and this issue has yet to be resolved. Several other minor issues are also present, but none that greatly affect or downplay the game in any way.

Included with Microsoft Flight Simulator is a complete dynamic weather system that allows players to preset the weather conditions for a flight, or set them to random parameters. Also, the current time and day is automatically set for your flights, and although it may be the afternoon where you are flying from, your destination could be in another part of the world and different weather conditions. Also included is the ability to download the real weather conditions with the click of a mouse. The weather data is obtained from Jeppesen, and the weather updates only take a few seconds to download. This unique feature is a very innovative and entertaining aspect of the title, and something not available in any other flight simulation to date.

Sound effects are a very important part of a simulation, especially a title such as Microsoft Flight Simulator 2002. Microsoft has outdone themselves in this aspect, as the sound is without a doubt some of the best effects ever produced in a game. Not only do these effects sound realistic, they create an atmosphere and environment for the player. From the powering of a jet engine, to the sound of rain pounding against the body of the aircraft, the sound is all-around superb.