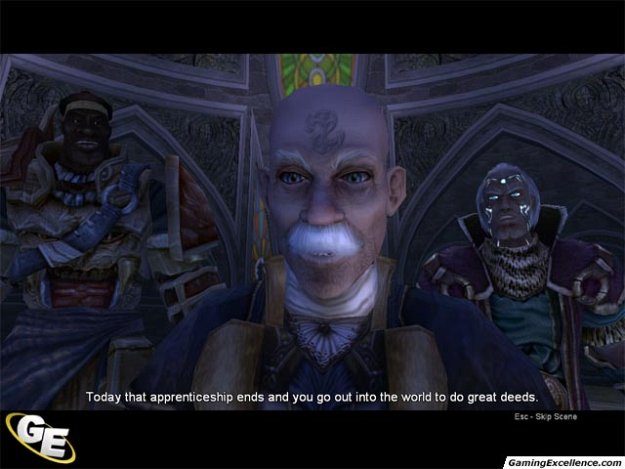 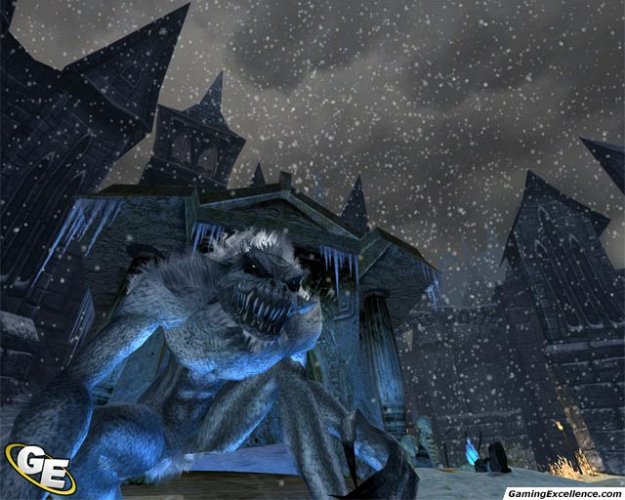 When Fable was originally released on the Xbox last year, there was a lot of hype around the game and about the freedom that it offered. The in-depth RPG elements were meant to give players a whole new gaming experience unlike any other. I was one of those gamers who had had their expectations set way too high. Fable was meant to raise the bar, but by the time I finished the game, I felt as if I had been drastically let down. Yes, the game was an amazing experience in and of itself, but was way too easy for the average gamer. The rumours of Fable being rushed out onto the market only made me more frustrated for buying the game on the day of its release.

Fable The Lost Chapters is not a completely new game but is more of an expansion to the original game. Though this is the first launch for Fable onto the PC, it is difficult for tight budgeted Fable Veterans to justify another "retail price tag" for the game. Granted, the game does present new quests with new areas to explore, along with pieces of clothing and weapons, but is not a significant enough addition to the game for fans of the original.

The game starts you off as a child living in the small town of Oakvale. This portion of the game is short, but designed to introduce you to your character, and lets you become familiar with some of the basics controls. Needless to say, that while you are completing one of your tasks, a group of bandits attack the town and leave you stranded in your burning village. Maze, a hero who seems to favour magic over physical combat, rescues you and takes you to the Heroes Guild for training. This training lasts many years, where you are introduced to the melee, ranged and magic combat systems. Overall this portion of the game can be completed rather quickly, and is a good tool for further familiarizing yourself with the combat controls. By the end of your training you will have been introduced to the levelling up RPG elements of the game. As you level up your abilities, you will grow older, so maintaining a youthful appearance will eventually have tradeoffs.

Once you graduate from the Guild, it is time for you to go out and make a name for yourself by completing quests. Some of the quests move the story further along, while others are side quests and are completely optional. However, completing these side quests will give you gold and other rewards, which are valuable at the beginning of the game. When you accept a quest, you have the option to stand on the pedestal outside of the Guild and make boasts for extra gold and renown. One of the more interesting boasts is doing a quest without any clothes on, or doing a quest without a weapon. Other boasts will be available depending on which quest you are trying to complete. Quests have their pros and cons; mostly this is dealing with your moral standing. If you are trying to become an evil character, taking quests where you are trying to save villagers from bandits is probably not a good idea. The same goes for a good character trying to prevent a bandit from being executed.

Your journey will take you across many different terrains and locales, with many different types of enemies, ranging from killer bees to rock golems. You will also encounter caravans of merchants, some of which you can buy and sell goods with. Some merchants can give you tattoos or haircuts, both of which affect your alignment, attractiveness, and scariness. Merchants are a good source of goods that you can buy from, and then trade with in the towns to earn a profit. Each good shows the given price, and then a price in brackets, which is the cheapest price in the land you could ever possibly find. In other words if the asking price is above the bracketed price, it is not suggested that you purchase large quantities to sell later.

There are many different items, weapons, clothing, and potions that you can purchase from stores and merchants. And like any good RPG game, one merchant never has everything. Items have multiple purposes; they can be used to perform certain tasks, given as gifts to people, or even used to woo a potential mate. My favourite thing to do is to walk into the tavern, buy all the beer I can buy from the bartender, and then start handing it out to everyone. Let the drinking games begin! For those people who have played the original fable for the Xbox, there are not any new items in the PC version. There are new trophies, but this isn't significant enough, since renown is easy enough to get.

The clothing in the PC version of Fable has not changed at all, except for adding a few new articles at best. One of the most welcomed additions is the variety of hats that you can collect in the game. Who could possibly say no to a chicken hat? Or a pimp hat? Not only do they look hilarious, but they effect your attractiveness and scariness significantly. One of things that has been added is helmets and hats, as well as plated armor suits. Though you won't see the latter until later in the game, it does complement the game nicely. There is also a full suit of armor that you can find in a 25 silver key chest, but I'll let you find that on your own. Overall, there wasn't much in terms of additional clothing, and if anything, this was probably one of the bigger disappointments I had coming over from the Xbox version. Much like the clothing, the weapons and augmentations have not changed at all. There are a few new weapons that you will find later in the game, but overall it remains the same.

Saying that, the new areas in the game are an attempt at making you choose to buy the PC version over just going out and buying a cheaper Xbox one. There isn't much added in terms of items, clothing and weapons, but this is compensated with side quests and new areas to explore. One of the new areas that has been added is the Darkwood Bordello, which at first glance might look out of place in Darkwood. In fact, it is out of place. Basically, the Bordello is a brothel on a nice plot of land. The trees are green, the birds are singing, the sounds of a gurgling brook, and the sun is shinning. In the middle of an eerie, creepy, dead-tree, filled forest. Kudos for the designer, because I definitely didn't see that one coming.

The other new area is the frozen island of the Northern Wastes. I loved what they did with these areas of the game. The background with the snow falling is a nice touch with the scenery that it actually feels like you're in another part of the game. The only downside is that with some of the enemies it is easy to tell that the model designers didn't put much effort into it at all. We now have white-colored balverines, instead of the black ones from Witchwood. There are ice creatures with big ice clubs that have the same animations as that of the creatures from the Lynchfield graveyard. Thankfully the dragon (yes they finally added a dragon) is by far the game's greatest achievement, and the hardest enemy that you will face in the game.

The graphics in the game are extremely well done, and really present a very true fantasy style of gameplay. I loved how the light would shine through overhanging trees branches and light up the area. This did have some problems when you were in a close up on your character. If you stand in a beam of a light, the beam will be extremely pixelated where it touches you. As your character grows up and his alignment changes, his appearance changes as well; injuries in battle are also shown as scars. These are neat features and really allows for some interesting character development. The variety of locales is so vast that it is a real treat to sometimes just stand around and admire the details. Even though you still can't climb a tree, the game is so artistically gorgeous.

The music in the game is another one of the highlights. The voiceovers are well done and really fit most of the characters remarkably well. Jack of Blades' voiceover was completely redone for the PC version, and I must say that it is an improvement over his predecessor. The music score for the game is absolutely amazing, and really keeps the games fantasy experience a real one. The different tracks fit each scenario, whether in combat or just walking around a town, they all mesh together nicely. There aren't any new tracks that I could pick out, but I guess in the end, but why mess with a good thing?

Overall, Fable the Lost Chapters maintains the same stature as that of the Xbox original version of Fable but with a little more content. The game will take the average gamer about 20 to 30 hours to complete and is a relatively easy game to pick up and learn without looking at the manual. The PC version maintains the same style of gameplay, along with the graphics and ease of playability. It does add some new features compared to the Xbox, but it is difficult to justify spending the money if you already own the Xbox version.