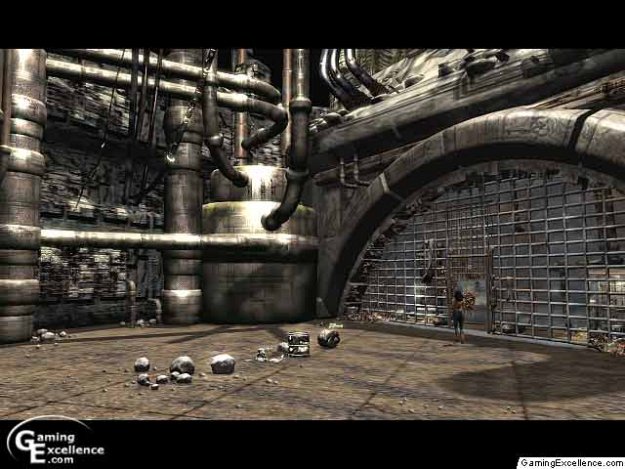 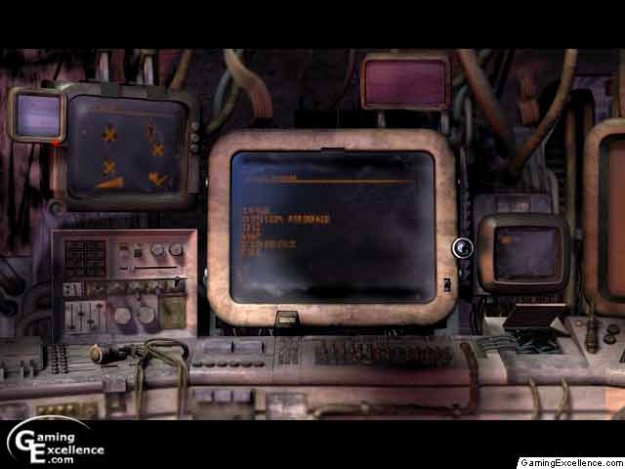 Adventure titles are a rarity these days, as it is not often we see a new one released. Usually, adventure titles are based off past games or are sequels to an original, but Druuna does not fall into this category. Druuna: Morbis Gravis is a completely new concept in the way of adventure games, and has the potential to be a successful venture. Unfortunately, in its current state, this will not be happening anytime soon.

Based off of a European comic strip, Druuna is an adventure style game that allows players to enter the mind of "Druuna", to relive her memories and escape from this virtual prison. Druuna carries an "M" rating from the Entertainment Software Rating Board (ESRB), and it is highly recommended that minors not play this game. This claim is quickly verified within the first minutes of loading the game.

Published by Microids and developed by Artematica Digital Arts, Druuna is a unique adventure game in which a player faces a huge challenge. This challenge, to free Druuna from her virtual prison, or at least that is what it seems like to you. For Druuna, everything is real, from the touch of another person or creature, to the plant life and decay surrounding the dungeon.

When this game arrived for myself to review, the first thing I noticed was its massive size. The game is huge, containing six CD's. Installation was easy, but required an extremely large amount of space. The smallest installation is around 600 Megs, while the recommended installation is a little over 3 gigs. 3 gigs of information are way too much to keep stored on this hard disk for an extended period of time, so I selected minimal install. Unfortunately, without a full install, you are distracted throughout the game; please insert this disc, etc. It's hard to believe how annoying these messages can become, especially when you begin to get into the atmosphere of the game.

After installation, I loaded up the game. The introduction movie featured Druuna lying flat out on an operating table of sorts with her breasts exposed. Beforehand, I knew nudity would be present in the game, but I wasn't expecting it so early. The menus in Druuna are unnecessarily complex, another downside to the game. These menus are somewhat unclear in their functions, as they are not labeled in any way. The exit function of the game was somewhat "clumsy", as you simply have to press escape twice anytime during the game. On occasion, I found myself getting frustrated after accidentally exiting in the middle of play.

I have never read any of the Druuna comics; I never even knew they existed until this game arrived. These comics are well known in the UK and are created by author Paolo Eleuteri Serpieri. The storyline behind these comics had enough potential to develop a game, but unfortunately, this was very poorly executed. For anyone not familiar with these comics, the game is unnecessarily confusing, and the manual is lacking a proper introduction and explanation of what Druuna is about. Even after playing for several hours, I am still confused about the primary objective and how to complete it. Overall, The concept behind the game is solid, but it is very poorly executed and unnecessarily complex.

The gameplay in Druuna is absolutely horrendous, without a doubt the worst part of the game. That is the only thing I can really say, it's simply not fun to play. The press release provided with the game stated that the developers worked hard on creating realistic environments and keeping the storyline accurate rather than focus on the gameplay aspect, and this is certainly true. Controls are extremely awkward, with character movement being "jerky" and slow. When you tell Druuna to turn, she moves 30 degrees to the right or left in a very slow manner. The gameplay also suffers due to a lack of proper cameras, as it is very difficult to view and control Druuna with the present cameras. Although the game sets a very good atmosphere in general, the gameplay gets to the point where it affects the replay value significantly in a negative manner.

Graphics were the prime concentration of the Artematica development team with regards to Druuna, and they did a good job in this aspect. The graphics and cut scenes are highly detailed with beautiful light sourcing and a superb textures. One problem with the graphics however is the "pixilation" when it comes towards character animation, as well as the lack of detail in each character during gameplay. Cut scenes feature the characters in high quality, but as soon as you begin to control them, the quality of each character is degraded with very limited detail.

Druuna is heavily lacking in the customization department. Very few settings are available for modification; specifically the video settings are missing. Players are forced to run in 640x480 resolution with no option of setting detail, making the game run poorly on lower end systems and not taking advantage of the capabilities of higher-end systems. With large monitors, 640x480 resolution makes the detail look extremely poor and the graphics pixilated. Artematica put in a solid effort with Joystick support for character movement, but the lack of customization is a major downfall of the game.

Boasting Dolby Digital sound effects, Druuna takes advantage of the full power of this engine. The music and sound effects are somewhat eerie, providing a "creepy" atmosphere. Lip-synch speech has been included as well and is very well done. Unfortunately, the shoddy gameplay takes away from the capabilities of the sound engine, as it is not of much importance if the game is not enjoyable to play.

Much of Druuna is composed of cinematics. When walking into an open area or through a detailed corridor, the camera will switch away from Druuna and will display a video, showing you what to expect when you enter the next room. Although these cinematics are highly detailed and look absolutely stunning, they take up too much time while playing. Druuna would be more suited as a full-length feature film rather than a video game as the animation and attention to detail is astounding.

Stability is a very important issue, especially when saving in the middle of play is difficult. Druuna has several stability problems, as the game crashed three times with "renderer errors" within the first hour of play. Using a GeForce3 and the most recent DetonatorXP drivers, this problem seems to plague the game. Artematica has yet to release any patches for Druuna, and it is unknown if they plan on doing so.

Druuna had the potential to be an extraordinary game as the atmosphere is very well done and the basic concepts are present. Lackluster gameplay only made worse by a poor navigational and menu system and a lack of setting customization is the biggest downturn of the game. Unless you are a diehard fan of the Druuna comics, you will not derive much entertainment out of Druuna. I really tried to enjoy the game, but simply too much was wrong to make it any fun at all.