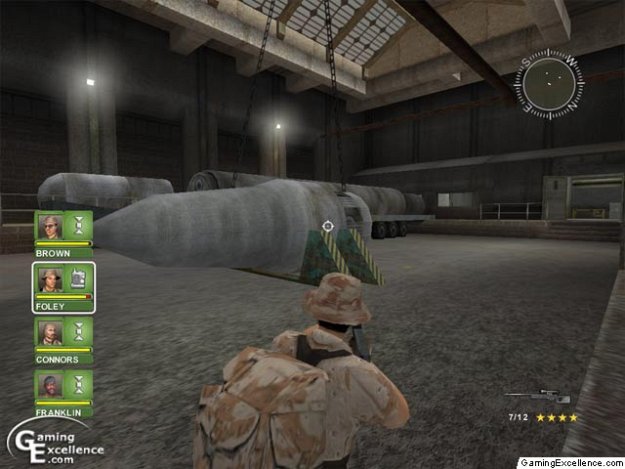 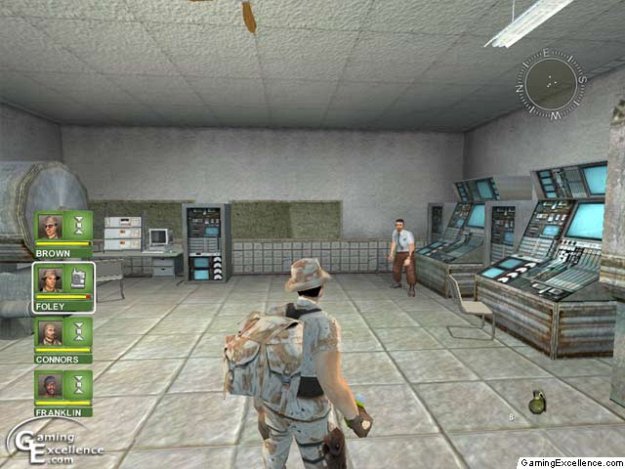 Gotham Games is a relatively new company, a subsidiary of Take Two Interactive formed earlier this year. Conflict: Desert Storm is their first major title, published for both the PC and next generation consoles. With the financial backing of Take Two Interactive, Gotham Games has the ability to make superb titles for all of these platforms; unfortunately this isn't one of them. Desert Storm, most people have heard of the massive military operation, few know all the details. Iraq invading Kuwait back in 1991, War in the Middle East. There is always a trip back to the Gulf War, although it may not be a good reminder of the events or the period. They say war is hell, however games based off it aren't supposed to mock this element.

Upon loading Conflict Desert Storm, you'll notice the problems right from the start. It is clearly evident the game is a direct port from a console version. Many publishers do not see the point in developing games strictly for the PC or rewriting parts of the engine. Unfortunately, this attitude and approach makes both the quality and fun factor of PC games decrease substantially. PC's are capable of handling a much enhanced graphics engine, with better sound effects not taken advantage of on these ports. Conflict: Desert Storm is just another example of this problem in the industry.

Conflict: Desert Storm is a team-based third person shooter, strategy and teamwork between your squadron of troops is what will decide your survival. Each member of your team offers a unique set of skills, whether it is the ability to steady a sniper rifle for long-range kills or simply a heavy weapons guru. The campaign begins as a single character and the remaining three are introduced as the game progresses. Desert Storm introduces an element similar to that found in the Rainbow Six series, the ability to control your team through a series of keyboard based shortcut's, issuing commands to them as the game progresses. Generally, this element is well thought out on paper yet could use a few tweaks in the final rendition to make it a more enjoyable experience as a more informative and easy to use system would be a valuable asset.

War based games are one of the most popular genres, every time you look another has been released. Third person action titles are not nearly as common, however a variety of these titles are already available, games like Operation Flashpoint, Max Payne, not to mention the newly released Battlefield 1942. The problems with Desert Storm begin right at the beginning, a clunky slow user interface similar to that of what one would expect for a console version, as no mouse support is included. Basic controls are a major problem in the game; players are restricted from setting up the keyboard as many of the keys are reserved functions. When the game is brought down into its basic premise, it has troubles from the drawing board. The problems really begin upon first launch of the title. Upon start of a new campaign, the game takes you though a series of introduction videos to provide relative background on the plot of the game. Players are allowed to select a uniform, the choice between a British SAS officer and a member of the United States Delta Force. Your first mission is to infiltrate an enemy base, rescue a friendly officer who has been captured and destroy a bridge, unfortunately this is much more difficult than it may seem as movement is very slow and unrealistic. It is evident the title is arcade based but the controls should still be somewhat responsive. Even when the mouse sensitivity is set to its maximum value, aiming a weapon with any accuracy is a chore and often you may find yourself better off randomly shooting in the direction of the enemy then actually using the sight on the gun. This problem has been reported on a variety of different systems and little action has been taken to correct it since the release of the game, one can only hope the developer will look into this issue.

Another design flaw in the game is the weapon selection. Unlike most popular first and third person shooters, the weapon system is horribly inefficient to access; players are required to hold down a key to access the menu and scroll through a list of weapons for use while you stand still like a complete idiot. In a firefight, it is extremely illogical to have to hold down a key while sorting through a long list of weaponry to reach a med kit, only to be shot at close range as you are unarmed when the enemy approaches. What are you going to do, hit them over the head with the med kit when it is pulled out? Unlike most titles that are designed to be efficient and quick, this aspect of the title is simply frustrating and a horrible design decision to say the least.

Graphically, Conflict: Desert Storm has its pros and cons. The graphics engine has been improved slightly from its console brothers, models are nice from a distance but the textures are very washed out and blurry up close. In some scenes, texture work could use some further enhancement, as they can appear somewhat plain and lacking in detail. However, not all is lost as Desert Storm makes a triumphant comeback in the department of firefights and explosions, simply put they are very nicely done and inspire a realistic touch. Debris as barrels of fuel explode covers the sky in a huge fireball, very nice to look at as you charge in for a kill.

Desert Storm is designed as a stealth shooter, it attempts to recreate the settings of the actual battles and use similar tactics to infiltrate an enemy's position. However, the artificial intelligence of the title needs some work, although you can move as slowly as possible or simply lie in a prone position aiming a weapon from a great distance, somehow the AI opponents always know where you are and how to locate you. They then sound an alarm and your game is basically over, as a never-ending stream of enemies will attack you until you die or complete the mission.

Overall, Conflict: Desert Storm is severely lacking in many critical areas, generally a disappointment as the title comes off as a near direct port of its console brothers. Mediocre graphics, a horribly inefficient and frustrating interface, combined with an overall lack of polish set this one back a few years, something that you may want to look over when browsing through the shelves, even if it's in the bargain bin.