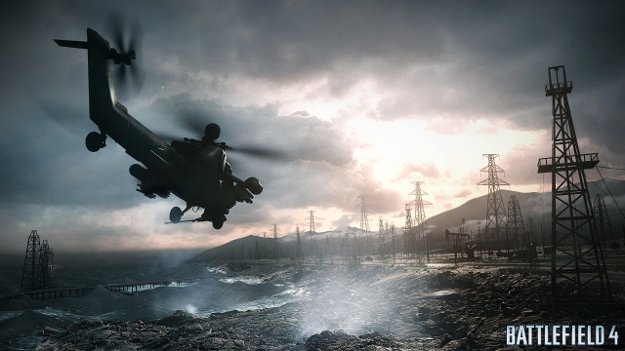 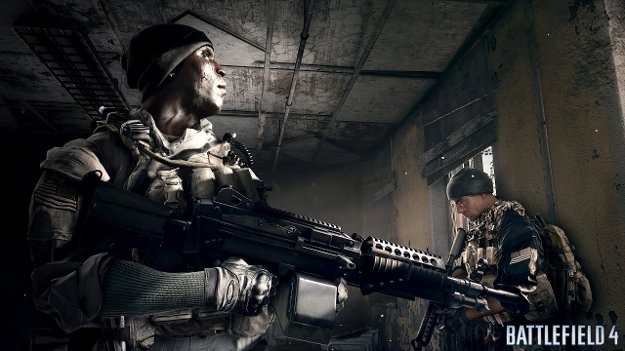 The Battlefield series, with its 13 installments, has gone from WWII, to Vietnam, to the future, and then back to modern day combat, all within the last decade of DICE development. But it was only this past year, with the release of Battlefield 4, that the series had its first true, high-stakes sequel.

There have obviously been many Battlefield sequels before. But Battlefield 4 had to follow a huge success in Battlefield 3, which boasted a staggering 3 million pre-orders before its release date in 2011.  Battlefield 3 was the zenith of the Battlefield series, gaining critical as well as mass acclaim for a team-based, large-scale, badass experience for a first-person shooter, which Call of Duty in some ways failed to provide. In short, the game was a blockbuster. Or rather, a block-building-jet-tank-village-subway-and everything else buster. 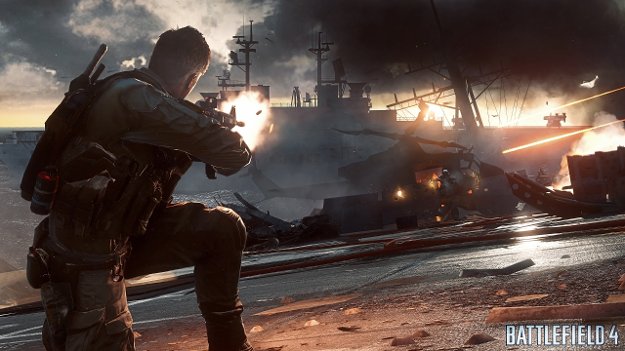 Like any sequel on the silver screen, Battlefield 4 takes the best elements from its predecessor (large-scale maps and destruction, a variety of game-types and customizations, etc.) and emphasizes them to an even larger, almost comic extent, while making sure not to take itself too seriously. It filters rather than builds upon the Battlefield platform, providing yet another great gaming (especially multiplayer) experience. But, as often with blockbuster sequels, there is a missed opportunity to innovate. Battlefield 4 leaves the gamer wondering: Was really worth the 60 bucks for a more concentrated Battlefield experience, but a largely similar one? Answering that is going to require some work. Let’s start at the campaign.

Starting here is kind of odd in the new Battlefield. The series is really known for its multiplayer. The campaign seems to just provide support and set the scene for the multiplayer. It’s kind of like the relationship between Alfred and Batman, when Alfred wasn’t played by badass Morgan Freeman. This becomes immediately apparent when opening the game for the first time, as Disc 1 (of 2) on the Xbox version is exclusively for multiplayer. As if that wasn’t enough signaling by DICE, the new campaign features hit markers with visible points for kills, headshots, and multi-kills, which gamers are familiar seeing exclusively online. Finally, the campaign is designed around small squad-style combat—the crux of Battlefield multiplayer.

Playing as Sargent Recker, an American marine, you fight alongside your AI squad, made up of personalities that have an uncanny knack for cheesy one-liners in stressful situations. The AI move in circles a lot of the time, which, when combined with the one-liners, make it hard to interact with your “intimate” squad-mates in a normal way. Like the characters, the setting is also a little ridiculous—war in China, amidst a complicated political plotline. Overall, DICE was obviously trying very hard—probably too hard—to not take itself too seriously when creating the single-player experience. 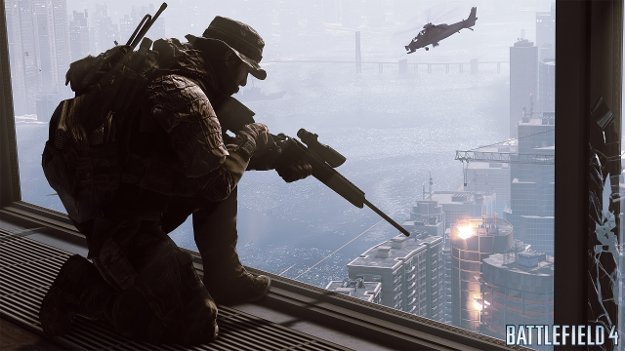 In the style of a sequel, Battlefield 4 fills the campaign with the kind of destruction that won it acclaim in Battlefield 3, with collapsing buildings, collapsing buildings, and collapsing buildings. At first, it’s awesome. One moment that particularly stood out was fighting on a sinking aircraft carrier. As the ship tipped, so did the aircraft that rested on its runway, which meant you could shoot the barrels and other objects holding these aircraft in place and let them slide along the deck, knocking off your enemies. That kind of ridiculousness, mixed with the one-liners, begins as a refreshing acknowledgement from DICE that the game is just that—a game. It’s supposed to be ridiculous. But when you fall off of buildings in large explosions enough times that you get bored of it, there’s a problem. Although the campaign features good graphics (especially characters’ faces), solid voice acting, and stunning scenes, its repetitiveness and lack of a variety in vehicle usage, combined with the uninteresting characters and storyline make it surprisingly boring after the first few levels.

But then in comes Batman: the multiplayer. Large maps, incentivized squad tactics, a host of vehicles, excellent class balancing and customization, all on a scale that one has come to expect from this series makes for a first-rate online experience. Battlefield 4 brings back the Commander Mode, allowing some players to take themselves out of the game and into a map view, guiding and assisting squads with supplies or missiles when necessary. To my surprise, commanders are actually very common in the gameplay and enhance the squad tactics, which sets the Battlefield multiplayer apart from run-and-gun shooters like Call of Duty and Halo.  Another extra touch is the maps, which not only vary nicely in size and shape but also fundamentally change in structure over the course of a battle. Dams flood, buildings topple, tropical storms blow in. While some players get annoyed by this, I think it’s a natural element to add to the multiplayer experience. It brings variety and thrill to the game. But, most importantly, it can shift game momentums. There is nothing more frustrating than playing alongside an unorganized, bad team. And there is nothing more rewarding than joining a good squad and working together to advance through a map. Something like a collapsing building alters the map extremely, rewarding different tactics and shifting momentums. So, getting stuck with a bad team is no longer being sentenced to a full 15 minutes of yelling at a TV screen, and then 5 minutes of self-conscious reflection about yelling at a virtual reality. Of course, both of these elements—commander mode and destructible environments—are not completely new to Battlefield, but Battlefield 4 takes them to a new level of sophistication. 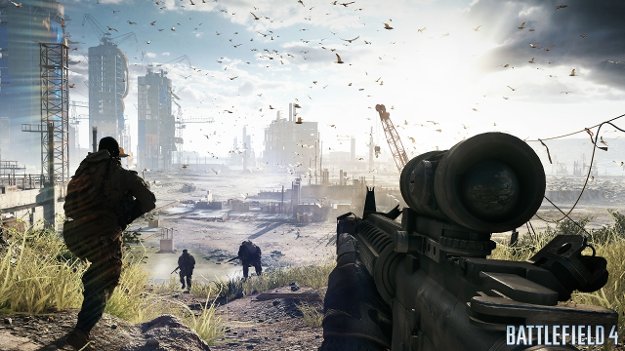 There are some problems, especially if you’re playing on old generation consoles. The graphics overall look terrific, but some textures on Xbox 360 never seem to load properly and bright colors are put through a filter that makes them look strangely fluorescent. Battlefield 3, which put a little less strain on Xbox 360 graphics, seemed to look marginally better in the multiplayer than Battlefield 4. However, Battlefield 4’s overall graphics, especially from what I’ve seen on PC, are well up to the task of matching the game’s dynamic nature. In addition, PC allows 64 players to play on a map, which is perfect for the large settings in Conquest mode. However, only 24 players are supported on consoles, which can lead to unsatisfying, lonesome gameplay on large maps, as one struggles to find the enemy team. This is somewhat compensated for with game-types for exclusively medium or small maps.

No matter the console though, a gamer simply can’t go wrong with Battlefield 4’s energetic, team-based multiplayer. It’s big enough to let you play as you really want to play, but also forces you to work with others to be successful, a combination that creates an ideal virtual war fantasy. And unlike the campaign, the multiplayer actually gets more fun the more you play, as working with the subtleties of the maps, equipment, and tactics becomes easier.

So, while the campaign is “meh,” Battlefield 4 is a great game that will provide loads of entertainment for a long time online. But there’s a question that still needs answering: is it worth buying it as a sequel? If you own a PC, like shooters, and have never played Battlefield before, go out and get this game. Get this game right now. But for those familiar with Battlefield 3 and who have an old console, I’d say wait. Battlefield 4 has not done enough to separate itself from its predecessor. But rest assured: with the good work being done by DICE in Sweden, there will be another fight—probably on top of a falling building with jets circling and a bomb strapped to your chest—another day.