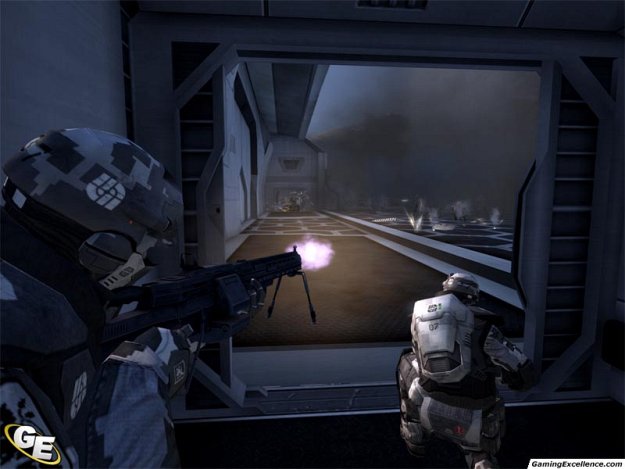 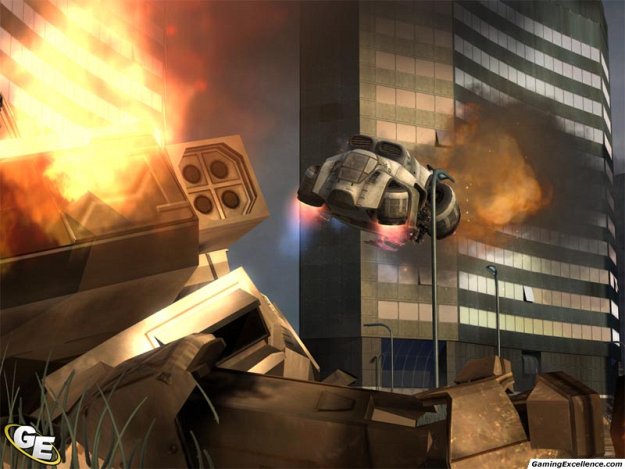 We recently had a hands-on look at Battlefield 2142, and with it's release just around the corner we give you seven reasons to give it a good hard look.

7) The Stats Are Back: Just like Battlefield 2, BF 2142 features a persistent score keeping system. As you rack up scores and assists a master server keeps track of your accumulated points. Points allow player unlocks like more stamina, bigger guns, invisibility, shoulder fired anti-aircraft missiles, and mines that can track targets across the map. With 40 unlocks available spread across multiple player kits, the choices of equipment to carry are now more difficult than ever.

6) No More Jets: Bombs will no longer just fall from the sky leaving an infantryman with no option of retaliation. Flying attack ships still cross the skies, but not so fast that they can not be fired at from ground positions. Anti-aircraft systems are also direct fire, meaning it is the skill of the player firing at the aircraft, not a computer guidance system, that determines if the shots will hit or miss.

5) Balanced Infantry Combat: Each of the four classes in 2142 have a unique role to play, with no all around superior class. Depending on the unlocks a player chooses, each member of the team can have a more defined role. Engineers can specialize against armored or flying enemies, recon can be excellent snipers or demolitions experts, assault class can heal their allies, and support class can set up robotic drones to defend an area.

4) Balanced vehicle combat: More than ever tanks and APCs need more than just a driver to be effective. Tanks, while mounted with a powerful cannon effective versus armored targets, can easily fall prey to lurking infantry without an ally manning the machine gun turret. APCs are a terror against infantry while fully manned, bristling with guns and a mortar gun that is a squad's worst nightmare. These buses of the battlefield also pack a surprise for tanks, an EMP blast that will disable a target long enough for the APC to get out of its sights.

3) Mechs! Giant mechanized walkers that can dominate the battlefield. With powerful weapons, against tanks and infantry, great mobility, they can run and step over barriers; mechs are a force to be reckoned with. Their greatest weakness is their towering size though, making it a large target once anti tank weapons are brought to bear.

2) Squads are rewarded: Following your squad leader's orders awards you points so there is no excuse to not join a squad. If a squad earns enough of these teamwork points the whole squad is rewarded. The rewards include gun drones to add extra firepower, a respawn beacon that functions even if the squad leader is down, and field upgrades so you can "try before you buy" the next unlocks.

1) Titan Mode: Two massive floating fortresses loom over the battlefield and only one can survive! This fast paced game mode will see the two teams fighting over control points in the first half of the game, then boarding the enemy titan and fighting hallway to hallway towards the titan's engine room. If anything can sell Battlefield 2142 it's this new game mode, it's included in the demo so there is no excuse not to check it out.