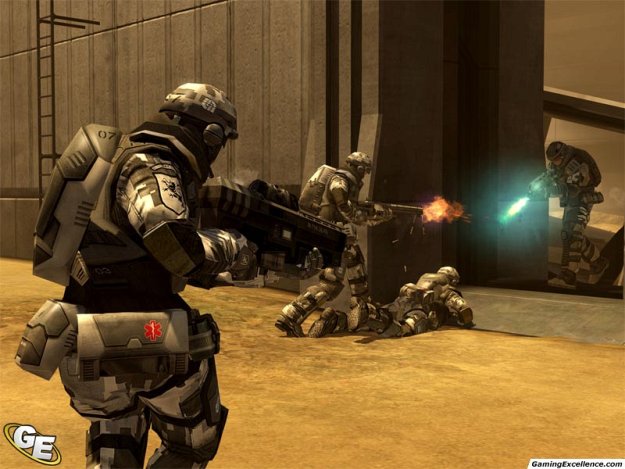 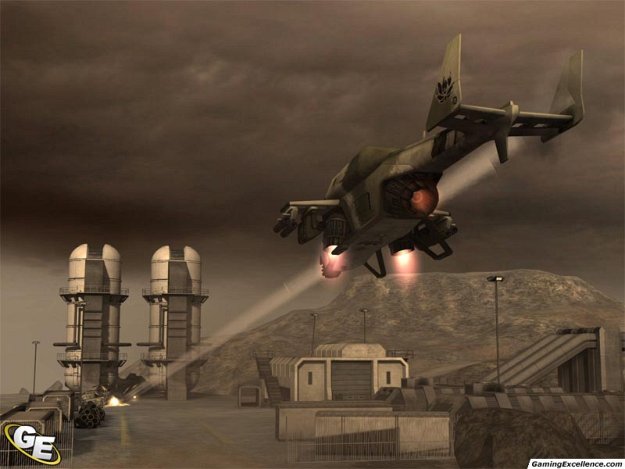 In the year 2142 the glaciers of the next ice age will slowly begin to creep across the northern hemisphere, causing a humanitarian crisis of unimaginable proportions. As the European Union evacuates its population ever further south the Pan-Asian Coalition seizes the opportunity created by the crisis to launch an all out invasion to seize prime real estate for their own shivering masses.

As the theater of war shifts from frozen Europe to North Africa, both sides commit the whole of their arsenal, from the massive hovering Titan ships, to mechanized war walkers and hover tanks, the fate of each army will be ultimately decided by the men and women filling the boots on the ground. Welcome to the battlefield of the Twenty-second Century soldier, boot up your PC and get ready for DICE's Battlefield 2142.

Being the fourth iteration of the popular multiplayer series, BF 2142 seems to be the most polished yet. The popular features of the previous games have all been expanded upon; expect to find the same battles over capture points, persistent unlock system, squad and commander system from Battlefield 2 all taken to the next level. With the small changes in game play, the engine has remained unchanged and sometimes seems to be pushed to its limit.

Veterans to the series will enjoy the new Titan game mode a fast paced game that will get the most jaded players heart racing. Above the snow covered ruins of Europe and the dusty industrial complexes of Africa, massive floating battleships known as Titans support their forces on the ground below. As a player your primary objective is to destroy the enemy Titan while defending your own.

The game begins like a regular battlefield game, control of points that contain missile silos. A missile silo that your team controls will launch missiles at the enemy Titan, damaging its shields. This part of the game tends to be rather fast paced as there are many vehicles on the map and each Titan is equipped with airships and drop pods to rapidly deploy soldiers across the map.

The second phase of the Titan mode comes when the Titan's shields are destroyed. You can either wait for the missiles to pound the Titan's hull to dust or go in for the quick kill and board the Titan to assault the power core directly. The chaos of the close quarters fighting within the Titan after the rapid capturing of the silos on the ground means that Titan mode can cause some massive surges of adrenaline, especially when the game is close. Fleeing an exploding Titan after your squad has detonated the core is also the best way to end a round ever.

This new game mode has a couple of bugs though. Moving the Titans too close will cause severe server lag, and I twice experienced servers playing Titan maps crashing.

In addition to the standard assortment of tanks, APCs, and jeeps you would expect to find, two new vehicles have been added. Airships fulfill the roles helicopters once filled, coming in both attack and transport variations, these new craft are easy to grab and fly. The most distinctive addition to the game is the war walker, massive armored weapons platforms on two legs that can dominate the battlefield. Able to take on infantry, armor, and aircraft, war walkers are a fearsome opponent, and a blast to pilot.

For all these futuristic vehicle additions, the infantryman is still the most fearsome opponent. BF 2142 features 40 unlocks for players who gather points by getting kills, attacking and defending objectives, or following squad orders. These unlocks allow you to customize your soldier depending on your play style and the situation you are going up against.

Each of the four infantry classes: recon, assault, engineer, and support, can unlock six new pieces of equipment and two new weapons. Along with old standbys like grenades, demo packs, and health kits, futuristic technology like cloaking devices, rifle mounted rockets, motion tracking anti-vehicle mines, and automated defense turrets, can all be unlocked.

Squad leaders can also unlock portable spawn points and floating gun drones that add to the squad's firepower. If a squad follows orders and racks up enough teamwork points, each member is awarded with field unlocks so you can try out new equipment before unlocking it for good.

Where BF2 is dominated by vehicles, 2142 puts the power back into the hands of the infantry. Jets are no longer present in the skies above and unlocks like electromagnetic grenades and antimaterial rifles can hamper a single player piloting a vehicle from dominating the map.

While the game play is rewarding, the art direction seems uninspired. The two sides look remarkably similar, both in equipment and vehicles. The game designers opted to use a very limited color palette: white, black, grey, orange, and vehicles in a uniform olive green. That said, while the maps aren't beautiful, they are all well designed and all seem to be getting equal play on the servers so far. The somewhat drab landscapes will apparently soon be spotted with advertisements on the many in-game billboards, so we'll all have to wait and see how that affects the look of things.

Despite the patch needed on release day, BF 2142 has been a mostly smooth play experience. The game is rock solid and balanced so that experienced gamers and new players can get the hang of the game and soon be hooked on the action and teamwork it brings while working towards that next unlock.