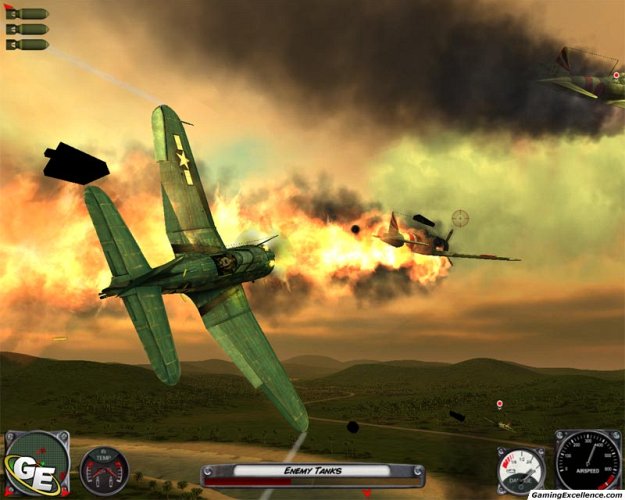 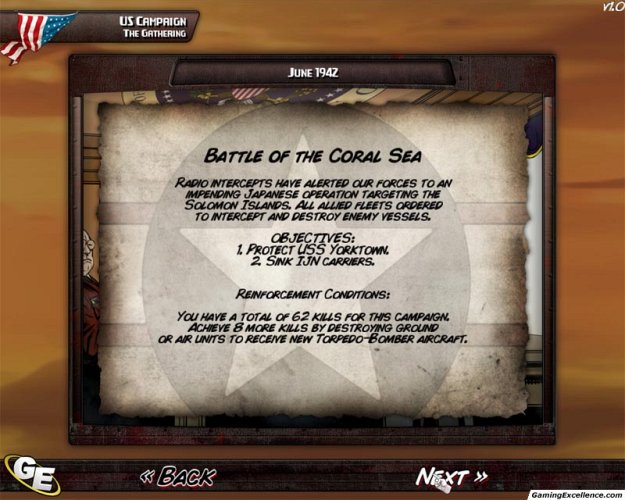 The flight action genre hasn't had quite the influx of new games over the past few years like others, and that's not necessarily a bad thing. And while flight action is becoming more of a component of 'modern' games rather then a staple itself (as in Battlefield, World War II Online, etc), it's nice to see an occasional flight action release dedicated to preserving the sheer enjoyment that can be had from the genre. Attack on Pearl Harbor is one of these games.

To be expected, Attack on Pearl Harbor is based on the events of World War II, beginning with the Japanese attack on Pearl Harbor on December 7th, 1941. The game will offer up four campaigns, taking you through the war on both fronts, and makes an attempt at some historical accuracy. You'll visit famous battles, such as Wake Island, the Japanese Invasion of the Philippines, and the Battle of Midway, among others. Progressing through the ranks, you'll partake in a variety of mission types, from bombing and torpedo runs to sink the enemy fleet, to defending your ground outposts against an enemy onslaught, or simply engaging in a series of dogfights with enemy forces.

We recently had an opportunity to try out a near-final build of Attack on Pearl Harbor, and it's safe to say that the game is looking sharp. Attack on Pearl Harbor isn't a flight simulator by any means; in fact I was quickly reminded of the arcade-style of gameplay found in Crimson Skies after a few fierce dogfights. The gameplay mechanics are spot-on, and it's the simplicity of the combat and flight dynamics that make it so enjoyable, as anyone can pick up the game and get started.

You take control via a third-person perspective, and can take your aircraft to the limits and back again. The variety of supported controllers (standard keyboard and mouse combo, joystick or flight rudder, and native support for the Xbox 360 controller) make it accessible to all styles of play. The game handles well via all of the control methods, but in the end it really comes down to personal preference.

While the single player campaign is fun to step through, the real meat and potatoes of Attack on Pearl Harbor is the multiplayer. The game supports up to twelve players via local area network or the Internet, across a few modes of play (dogfight, team dogfight, etc). While my multiplayer experience was quite limited, it was very satisfying, and is something I'm looking to further stepping into when the final build is released.

You won't find quite the impressive array of aircraft or weaponry as a game like Crimson Skies, however what is here is more than adequate. Each aircraft has a primary fire (machine gun) and secondary fire, which depends on the type of aircraft selected, and ranges from air-to-air missiles, torpedoes, or the traditional bombs. The aircraft themselves are divided into three classes: fighters, dive bombers, and torpedo bombers, and all are heavily utilized in the various campaigns.

Graphically, from what we've seen Attack on Pearl Harbor boasts a surprisingly good visual presentation. While it can't compare to modern big-budget blockbusters, the graphics are on-par with similar games, and very appropriate. The level of detail in each of the aircraft is quite high, and environments are densely populated, even at higher altitudes. You can also step into combat in various weather settings, and you'll have the option of flying in the early morning, mid afternoon, dawn, or dead of night. The big selling point, visually, is the explosions, and they are top notch. There are few more satisfying things than picking off an enemy aircraft in the distance with a well-placed missile, or tailing them and showering their plane with a steady stream of ammunition, and watching them crash down to Earth in a fireball of debris.

Attack on Pearl Harbor is a back-to-basics, no frills flight action game, and could very well be the next diamond in the rough. Its simplistic, yet well-balanced gameplay mechanics, various modes of play, and budget price tag all combine into a possible sleeper hit. Even in its beta form, it's the most fun I've had playing a PC game this year, and that says a lot. For any fan of the genre, this one's worth keeping an eye on as its release date edges closer.