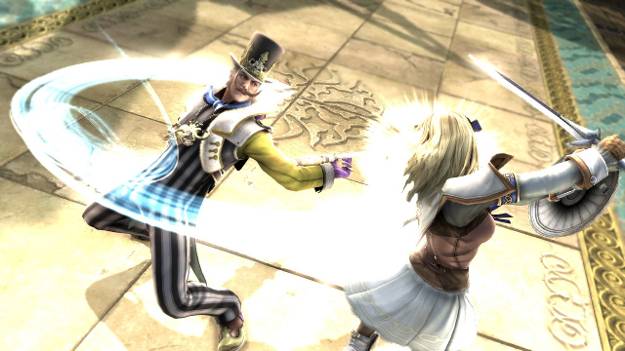 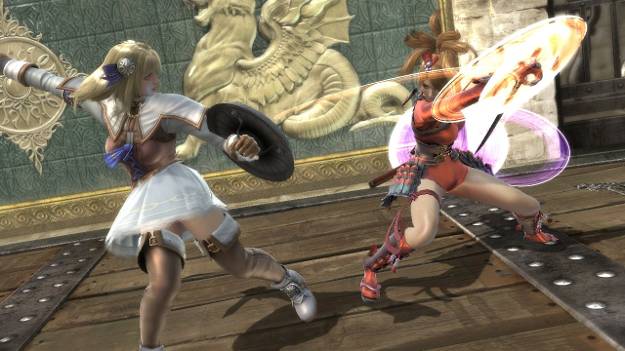 Soul Caliber 5 allows players some serious freedom in customizing their characters appearance.  But Namcoi thinks that sometimes originality just can't beat an old favorite.  So in the interest of keeping old favorites alive, they've released a new DLC that gives players the ability to recreate some Tekken characters.

The DLC pack is 240 Microsoft Points of 2.99 on the PS3, and allows players to have access to Jin's leather gloves and pants, King's mask, Xiaoyu's dress, and the head of a sweet little panda bear.  Download the Cepheus Compatibility Pack 2 to go along with it (to make sure you can use the items) and go nuts. Mix, match and create to your heart's content.

And then go open up a can of whoopa** on the computer, with your pretty lil panda head.  Just sayin'.