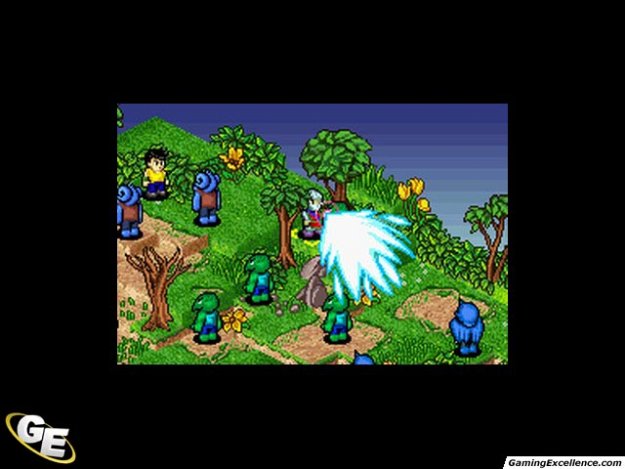 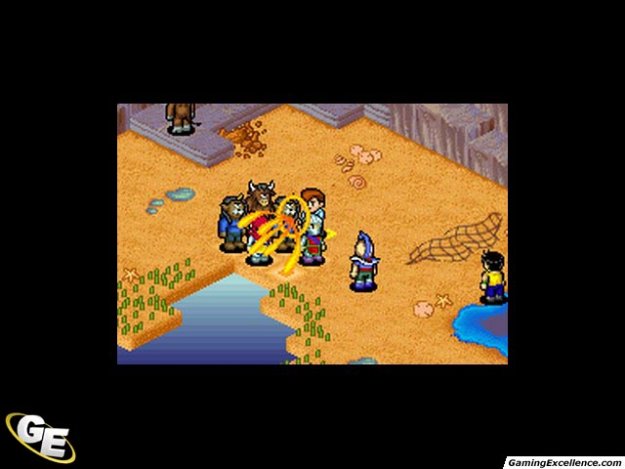 I can vaguely recall some of the massive amount of time I spent playing Final Fantasy Tactics on the original PlayStation quite a few years ago now. Being a huge deviation from the many other established games of the series, it no doubt received some criticism from the hardcore fans. However, the game did have a few strong points: mainly that it was relatively simple (but not too simple) and that it was highly addictive. It focused on quick fun that kept the gamer thinking, but did not involve a massive, complex storyline. At the time, I loved it. And, I still think it to be a good measure for strategy-based role-playing games today.

Yu Yu Hakusho: Ghost Files: Tournament Tactics (an obvious candidate for longest-game-title-ever) is the latest entry into this genre from Funimation. Published by Atari, it is based on the Dark Tournament Saga of the popular anime television series.

The basis for the game is quite simple: you control Yusuke Urameshi and you must fight your way through the Dark Tournament to reach Toguru and defeat him. As the game progresses, you will meet up with allies who will join your team. For each fight, you can select a maximum of five fighters from your team to use against your enemies. In total, there are ten different playable characters, each with unique moves and combos from the TV series.

The gameplay is as follows: on each of your fighters' turns, you can either attack, use an item, or select from the focus menu (which offers such goodies as mending your wounds and charging your Spirit Energy). You can also choose to move before or after your selection (but not both) or wait until your next turn. The idea is to move within range of your opponents and attack them in order to defeat them before they defeat you. Its not that this is overly simple in itself; the problem is that the level of difficulty of the first ten or more fights is overly simple.

Another problem facing Yu Yu Hakusho is its lack of depth. There are too few attributes to level for characters, making it seem very linear and one-dimensional. Also, items are almost completely unnecessary to use and re-playing stages in order to develop (level) your characters is also unnecessary. Finally, the game itself simply does not offer a high level of difficulty to players.

The graphics are about what one would expect from the GBA. The sprites have good animations and the world map is well done. During matches, the level layout is similar to all tactical role-playing games to date, but is slightly lacking in variety. As for the sound, similar things can be said. The music and sound effects are fairly well done, but seem to come up somewhat short at times.

Overall, Yu Yu Hakusho is an average game. Its poorly written dialogue does little to advance the storyline and its low level of difficulty at the beginning may turn some players away. However, for those who stick it out, it does become more difficult later on (albeit after quite some time) and the story can simply be skipped or ignored altogether. The gameplay is fairly solid otherwise. This game may appeal more to younger gamers or to fans of the TV show; others may be better of with a GBA copy of Final Fantasy Tactics.