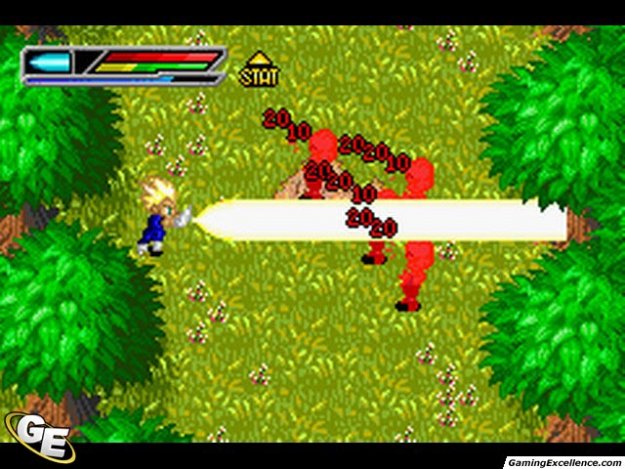 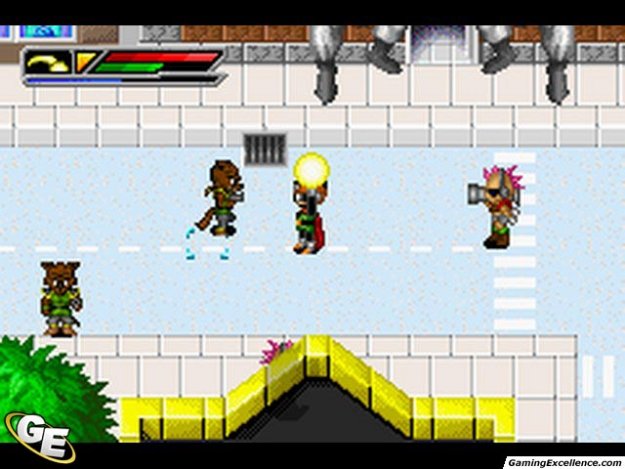 Of all of the Japanese-style animation series on television today, Dragonball Z is probably far and wide the most popular. With that said, it is no surprise that this show has translated into many video games over the past few years as well.

But don't worry if you are not familiar with the Dragonball Z storyline; I'll admit that I was not a fan beforehand either. It's not that I do not like Dragonball Z; it's just that I have not been able to find the time to pick up yet another addictive hobby.

Anyway, I found out quite quickly that the developers have done a fairly decent job conveying this story to a newcomer as if it was any other well-designed game. The story up to this point of course, is left to the other two games with only a short recap of it at the beginning of Buu's Fury. However, I found myself instantly attracted to the game (and unable to put it down) for its intriguing storyline, almost instantaneous action, and its simplicity.

Unfortunately, herein lays the only real problem with Buu's Fury. The game is far too easy. Enemies move in a predictable fashion and can be dispensed of easily by rapidly pressing the basic attack button. Cornering them is also equally, if not more effective. On top of this, the level of your character (with respect to RPG elements) is rarely, if ever at all, appropriate for the areas you enter. For example, upon entering or approaching a new area there are often doors which require a specific minimum level in order to pass. The problem is that your character will most likely be 5 to 10 levels below this minimum each time. The solution to this is to repeatedly replay the last few screens, killing the enemies over and over, in order to gain enough experience to move on.

For the most part though, Dragonball Z: Buu's Fury is an enjoyable game with a list of features that is sure to please fans. These include, but are not limited to: the ability to play as Goku, Vegeta, Gohan, Goten and Trunks, the ability to create the Fusion characters Gotenks and Vegito and the ability to challenge your friends or trade items using the Game Link cable.

As for the previously unmentioned graphics and sound of Buu's Fury, they are more than adequate. What it comes down to is whether or not you are looking for a challenging game experience. If so, then this is not your game. However, if you are a Dragon Ball Z fan, or you would simply like to enjoy an extremely fun Action RPG with a good storyline, then Buu's Fury is for you.