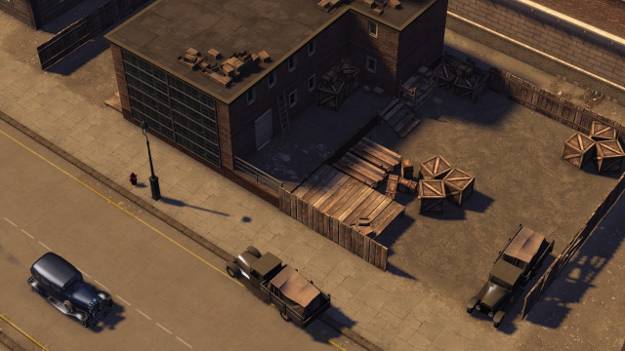 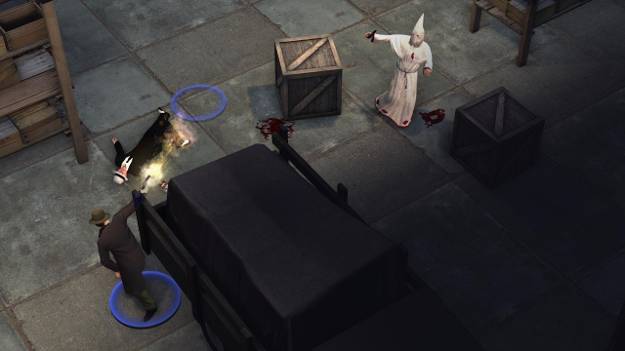 In San Francisco there is a building, dark, but seemingly average on the outside.  You go to the door and you are let into a small and quaint bar.  Give the greeter at the door the correct password and she opens up a bookcase that lets you into another bar; a virtual speakeasy of our times, an establishment that hasn't been popular since Prohibition.  That is the feeling Ted Brockwood, Head of PR at Kalypso wants players to feel when playing Omerta: City of Gangsters.

"Really exciting era for gangsters." He said.  "It's where they broke out; also a sexy era."

When people first saw the word Omerta, they wanted to know what it meant. According to the dictionary, Omerta is of Italian decent meaning secrecy sworn to by oath; code of silence. That is a code that any mobster worth their salt follows.  Loose lips sunk ships and loose lips on a mobster got them a pair of cement shoes or a bullet to the back of the head.

"You won't run into named people of the time." said Brockwood. "We just wanted to create our own gangsters."

"Main thing players could do is get beer." He said.  Brockwood mentioned that as the game progresses, other maps will open up that will rely on other resources such a liquor to make money.

As players begin to expand their bootlegging business and offer their services to other people, they will have to interact with NPCs that may have different positions on what you offer them.  Some may want to pay less with what you present to them.  And while some deals will go down, it may cause your business partners to become sour to you and will be hard to get more business from them in the future.

Omerta: City of Gangsters is scheduled to release in early Feb. 2013 for the Xbox 360 and PC.