WWE SmackDown! vs. RAW 2008 is a wrestling sports game developed by Yuke's Media Creations for the Nintendo DS. The game was released on November 13, 2007.

Perhaps the most interesting of the different versions of Smackdown, the 2008 version is available on the DS for the first time. But get this, it doesn't use any buttons. It is played entirely with the stylus and the touch screen. The DS version is essentially a stripped down version of the console edition, no character creation, and it only offers one-on-one matches. Read More. 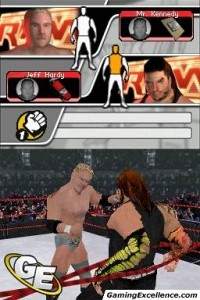 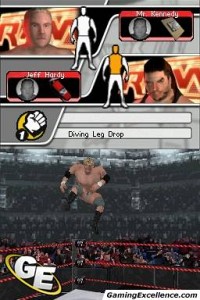 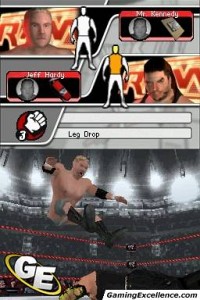