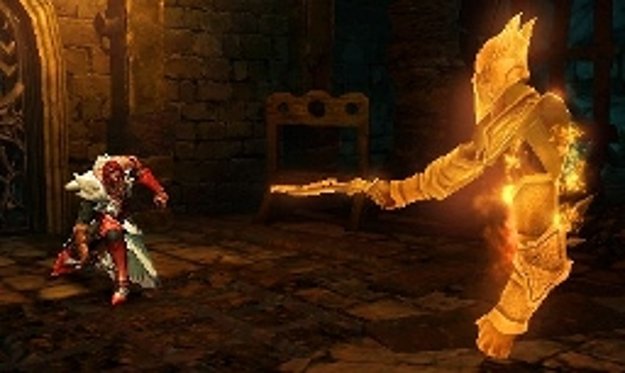 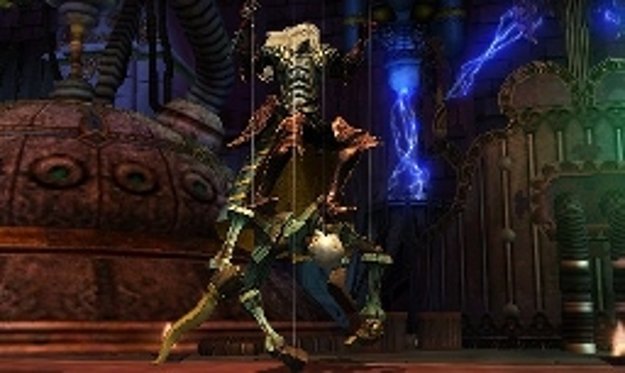 You’d think after all this time that there would be no new ground for the Castlevania series to break, but that would be only because you haven’t had a chance to try out the series’ new 3DS installment. Fortunately, we were given the chance to play a media exclusive demo of the game for an hour, and I got to say, it was an hour well spent.

The game takes place 25 years after the events of Lords of Shadow, the popular 3D adventure on the Xbox 360 and PlayStation 3 from 2010. Gabriel, the hero from Lords of Shadow, has been corrupted and is now Dracula himself. His son Trevor is forced from his mother’s arms as a child by the Brotherhood of Light to be raised as a vampire hunter, setting the stage for a father vs. son battle. Simon Belmont, Trevor’s son, is also a playable character. Players will swap between the two characters throughout the storyline that features an epic battle between the Brotherhood and Dracula. Old school gamers will recognize the names Trevor and Simon Belmont from the NES installments, making this game a partial remake of the original NES trilogy. 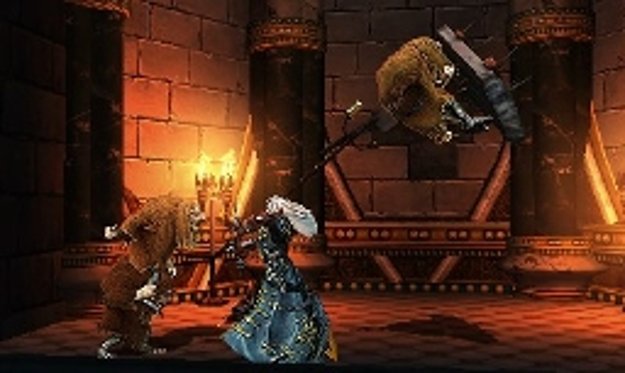 Keeping in the old school feel of this title, the game feels like a nice middle ground between the action elements of the older Castlevania titles while maintaining the “Metroidvania” feel of games like Symphony of the Night. The game takes place almost entirely on a 2D plane, even though the 3D graphics suggest plenty of depth. If you ask me, Castlevania is a series whose brightest moments were in 2D, so this design choice is welcome.

Combat should be familiar to anyone who played Lords of Shadow, or perhaps other action oriented titles like God of War. Players are given strong and light attacks with the ubiquitous whip, and can mix them up for devastating combos. The protagonists are nimble and quick and players will need to block and roll out of the way to survive effectively. Players also will unlock magical spells and abilities as they explore the environments and gain experience points. Experience gained by one character will also affect the skills of the other, passing them down through the generations, or at least that’s what Konami is promising. Konami also says there will be more characters to play as in the title, but we didn’t get a chance for a hands on with any character other than Trevor.

Speaking of magic and abilities, we had a chance to play with the famous throwing axe from the NES titles, as well as a protective spirit that blocks for you and protects Trevor from environmental hazards.

Much like Symphony of the Night, you’re given a map and an objective, and the rest is up to you. Along the way you’ll fight enemies, solve puzzles, and explore the vast 2.5D environments. Using full advantage of the touch screen, players can even leave notes on various parts of the map, so they won’t forget points and places of interest.

Our demo included two full boss battles as well, which were fun and challenging. Enemy designs in general are very gothic and creative. The bosses in particular are clever in both their designs and their combat patterns, not to mention how ridiculously enormous they can get.

When my hour with the game was up, all I wanted to do was keep playing. This speaks strongly to the quality of the preview build as well as the interesting storyline. 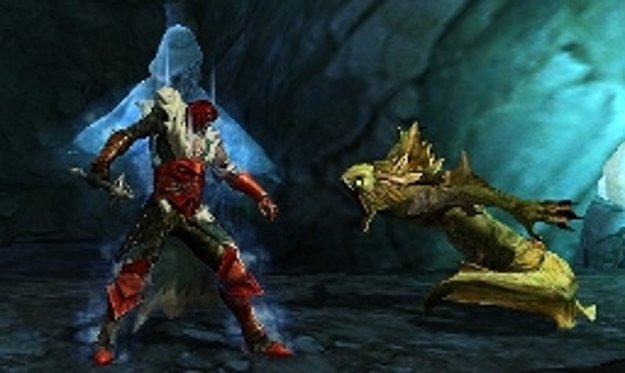 In terms of presentation, Mirror of Fate shines, no pun intended. Especially when viewed through the lens of a portable title, the game rivals any other game on the 3DS graphically. The backgrounds feature tons of depth and are packed with details. Character and enemy animation is excellent as well. The frame rate also never stuttered. The voice acting and ominous orchestral score are strong highlights of the audio package. The only complaint I could level towards the presentation is that the character’s mouths don’t move, even in the well drawn cel-shaded 2D cutscenes. Simply put, Mirror of Fate is gorgeous.

Konami set a high standard for the title with the preview build that they graciously let us check out. We’ll know for sure if the full game lives up to its very high promise when its officially released on March 5, exclusively for the Nintendo 3DS.