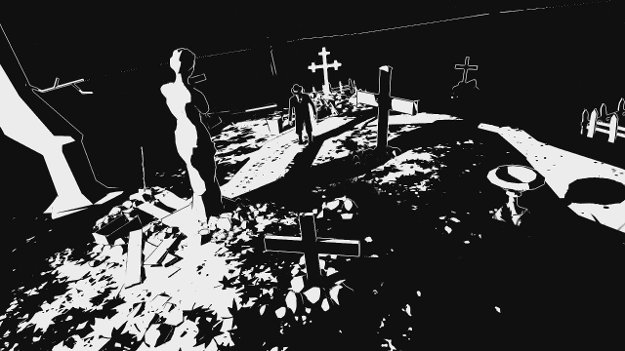 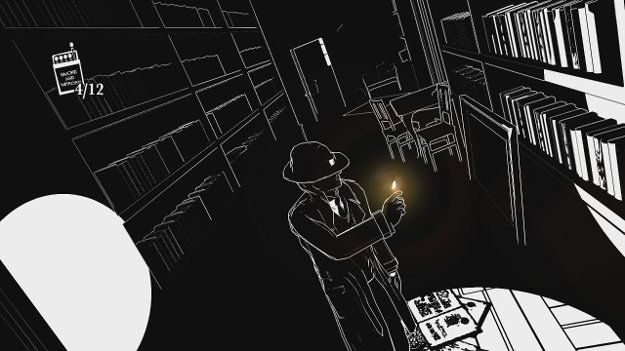 There are very few places in the American pop culture morass where noir is given much more than a cursory glance. You’ve got Sin City on the comic front and a few movies released now and again but overall the genre is mostly relegated to more niche titles. However there’s a certain charm to it, a certain alluring bleakness that is intensely compelling. Ignoring the visual elements, the bleaker and more cynical elements of the story and the way they tend to weave erotic or sensual plot elements with suspense filled storylines just really hits a sweet spot for me.

Now imagine my surprise that, in 2015, we’re seeing a full on noir video game. Not a noir inspired one like the Max Payne games but a full on, hard boiled black and white expressionists wet dream. Take that and tack on the fact that it’s not a detective game but a horror game? I seriously couldn’t have asked for a better early birthday present. 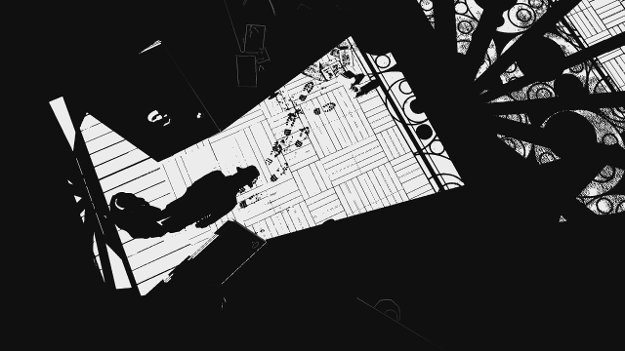 White Night has a rather simple setup that really pays off by the end. The protagonist gets into a rather nasty car accident outside of a seemingly abandoned mansion. With his leg injured he hobbles his way inside only to find himself sealed in somehow. The home is lair to a shadowy presence that lurks in the dark corners, crawling out of the blackness to tear at our protagonist. With only simple matches to light his way the protagonist must uncover the dark secrets that lurk within this cursed residence and learn the secrets of a macabre family history that continues to play out in the depths of this hell house.

As mentioned above your only real tool is the small matches you’ll be picking up – these are the most important items in the game. Sure, you’ll occasionally find other objects to use to solve a puzzle but without matches you would be completely lost. I think it’s fair to say that about 95% of this home is pitch black. If it doesn’t start out that way it most likely will be at some point in the game. Many of the puzzles throughout the game consist of you trying to find ways to light a room, or portion of a room, long enough to pick up a new item or reach a previously blocked door. 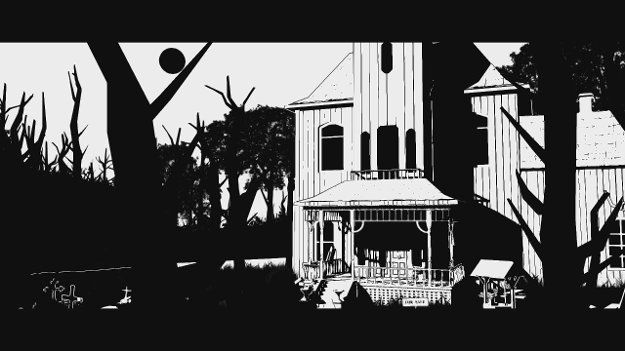 So really for most of the game it’s just you, the house and your matchbook. And that matchbook? Not really reliable. Matches don’t last particularly long, a few minutes at best. If you run then the rapid motion causes the match to die out even quicker. There are also areas where it seems like matches go out very fast, like near open windows. Oh and to really make things fun sometimes matches won’t light. So you’ll try to use the match, strike it twice and end up using the match without actually lighting the area. This means you’ll have to use up another precious match possibly while in a really nasty spot if there are ghosts nearby. It’s a simple but horrifying mechanic that is incredibly effective when it comes up at the worst of times.

Take this simple approach to the game itself and adding the black and white minimalist approach is part of what makes White Night so memorable. Since the game only has black and whites to work with the lit areas are intensely bright and your character completely disappears in the darker spots. This makes it possible to get lost anytime you don’t have a match actively lit. That’s good anyway since the game seems to make extra noises, perhaps even whispers, if you stay in the darkness too long. The reason for this is explained later on but even when you don’t understand why it’s happening it’s ridiculously unnerving. 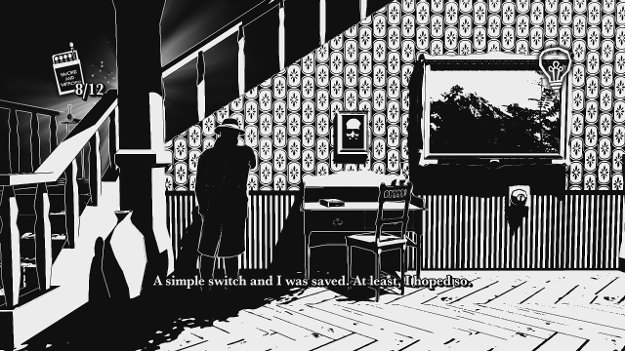 To keep the game from being impossible to play should you run out of matches, important objects are often highlighted even in complete darkness. It’s almost as if the character can somehow sense where the matches are and home right in on them so as to gain that brief but sweet respite from the oppressive darkness.

What threatens to ruin White Night is the way that these pursuits are handled. By and large ghosts act as a gate, blocking you from advancing through the game until you figure out how to get past them. These are pretty cool since they act as terrifying barriers instead of active threats. You’ll see the almost ash-like ghost down the hall and slowly, rather reluctantly, approach it to see if you can get through a nearby door or if she will prevent you from doing so, requiring you to run a short distance away and find a new area to explore. It’s tense, scary and a genuinely effective way of making you reluctant to proceed.

Unfortunately these aren’t the only apparitions in the game. You will often find spirits who are patrolling sections of the house. Whether it’s a darkened hallway or a very dangerous room these ghosts move around and will actively pursue you a good distance, often outside of the area they patrol entirely. While trying to escape these spirits you’ll begin to really notice what a stumbling gimp your main character is.

Our nameless protagonist has a bad leg from the car crash at the beginning of the game so one can’t expect a lot of agility out of him. However when pursued by a ghost your controller begins to vibrate wildly, the soundtrack goes scratchy and the creatures begin to wail noisily – all of this combines to induce a bit of panic in the player in an effort to make you have difficulty controlling the character. This would be great on its own but they pair it with a frustrating effect that causes your character to run like a dope. He sways from side to side near uncontrollably, seems to slow down whenever he looks over his shoulder and just generally controls like a sloppy wet fish.

When I die to my own carelessness I tend to frown, press reload and just try again. When it feels like the game is deliberately going out of its way to frustrate me… that produces a different result entirely. That said, being entirely fair to the game, the sections where you absolutely have to run from the apparitions are very few and far between so it’s not like this negatively impacted my experience too much. It was more a curious design decision that will be irksome to some.

A bigger problem for me was the static camera angles a la the original Resident Evil games (pre-RE4). Normally I don’t mind this sort of camera in a game but I tend to find it a bit annoying in adventure games since it can very easily prevent you from solving a puzzle. An example of this: Early in the game I had explored nearly the entire first floor of the house, barring a hallway that was patrolled by a ghost. There was a safe zone in the hallway allowing me to look around out there but I couldn’t get to the far end before the ghost got me. It took me about seven hours of playing the game, on and off, before I realized that if I just stepped a bit more to the far side of the hall I could find a light switch that, when pressed, created a new light zone that banished the ghost and opened the hallway for exploration.

Oh sure I could have just looked up a guide to find the solution to this but I refuse to do this when reviewing a game or playing it for the first time in general. With a game like this I enjoy the surprises and being forced to a guide over an iffy camera angle? Never! Jest aside while this was a massive frustration for me it was only one of two times I had an issue with this in the entire game. Beyond these two situations the camera angles were good enough, or the obstructions in rooms placed well enough, to guide you to the proper camera angles where you could see your destinations and objects of interest.

White Night may have flaws, sure, but they’re not game breakers. Take the smooth jazz music that permeates the game, add in the black and white color palette and a compelling, if somewhat stock, story to create a highly enjoyable experience. The issues are far too minor to allow it to completely ruin an otherwise awesome game that really harkens back to games like Alone in the Dark. It’s rare for any game to leave me completely intimidated but it happened more than once with White Night which means more than any hyperbole ever will.