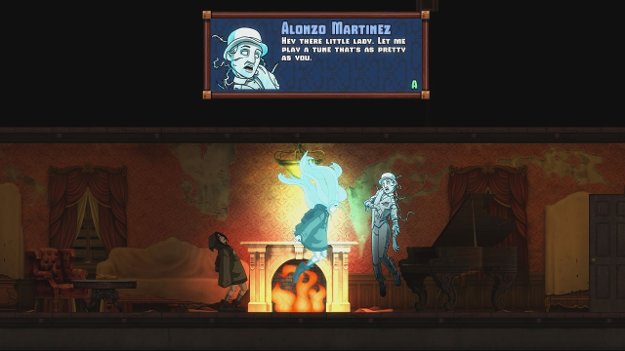 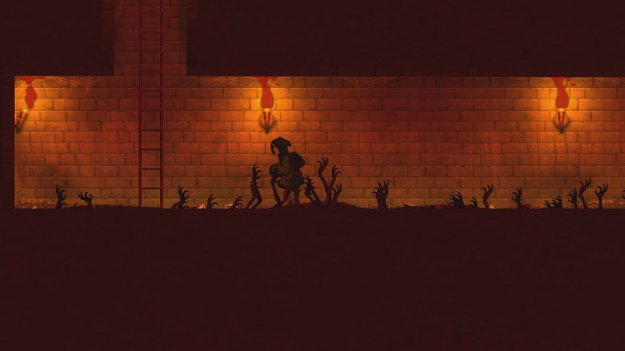 When I saw the images for Whispering Willows in the Xbox Store I got really excited. I had to immediately reach out to the developers because I wanted to cover this game on GamingExcellence. The visual design for the game just drew me in and a few of the images shown were really creepy at that. To me the game appeared to be an immensely interesting take on an adventure game mixed with some horror elements and I haven’t really seen that since the days of D and Enemy Zero.

Disappointment ensued when I realized that, by and large, Whispering Willows is much simpler than that. It is, in almost every way, a fairly basic adventure game. While that has its place, it’s still fairly disappointing to see that the game had potential to be something more and settled for middle of the road. 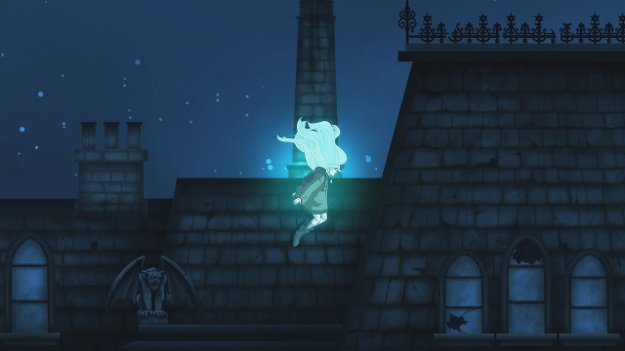 One of the more notable aspects is the main character. While adventure games are one of the few fields where female protagonists reign Elena is still a rather nice twist on the formula. She finds herself investigating the secrets of the Willows Mansion in the hopes of rescuing the old grounds keeper, her father John. Luckily Elena has some sort of ancestral item, a magical pendant that allows her to project her spirit from her body. Using this she can interact with the various spirits that still call the manor their home as well as getting to hard to reach items to solve puzzles.

That’s perfect since, as a 2D adventure game, this entire game is about solving very simple puzzles. It would honestly be incredibly generic if not for the spirit projection aspect which does get interesting. Sending your spirit out through a crack in the ceiling to go around and open a door by moving a sideboard or picking up a key is great. It’s pretty simple, probably a bit too simple if I’m honest, but it works to impede your forward progress without seeming as insanely artificial as a block puzzle or the like might end up being. It’s very artificial and, while simple, still made the experience of playing this quite fun. 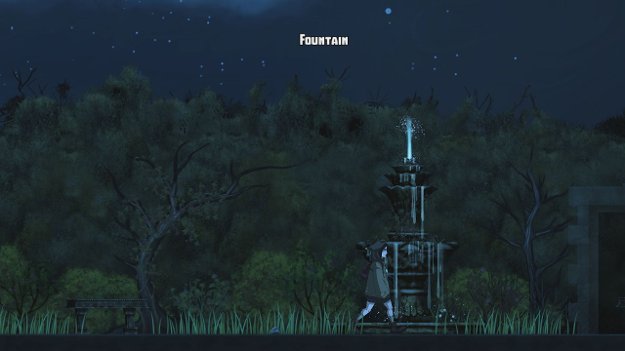 One thing that many people will likely note is the weakness of the graphics. This is less apparent when you’re controlling your girl since the pulled back camera doesn’t let you see the character models clearly. But once you’re in a cutscene the graphics actually look kind of... sub-par. If it was part of a stylistic character design then I would understand it completely but it instead looks to be a lack of quality. I hate saying stuff like this since you’re basically belittling someones hard work but it honestly has a very amateurish look to it.

Swinging the other direction I really enjoyed the sound design. All of the sounds in this game, ranging from the character noises to the ambient soundtrack fit the scenes they’re used in perfectly. When paired up with the often creepy mansion to really get you into the mood the game wishes to evoke. It reaches its peak in a few genuinely scary moments early on in the game but, unfortunately, the game never manages to match these. 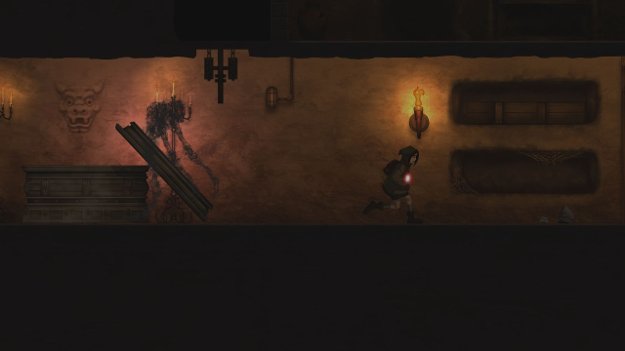 What really upset me most though is the actual experience of playing this. What you get is two to three hours of gameplay where you’re always doing the same thing. It never really grows or develops, never really evolving beyond very basic fetch quests or very simple puzzles. Then compounding matters is the fact that the game artificially lengthens itself. The ending is kind of weird but I enjoyed it, what I didn’t enjoy was how you get to the boss and then get sent away from him. This forces you through a small maze of instant death traps to get back to exactly where you were before and confront him again. It feels very artificial and doesn’t really benefit the game much. Simply put the death traps before the boss first time around and be done with it.

Keeping all of this in mind, it honestly came as a very small surprise that this was actually a port of an Ouya game. Mixing its short length, unimpressive graphics and generally simplistic gameplay it had the feel of a game made for that device. Luckily the majority of Whispering Willows still makes for a fairly enjoyable experience, even if it is far too brief to recommend at anything other than a sale price and it is full of small, minor annoyances that serve to irk the player without really benefiting the game. They don't really damage it either, instead serving to maintain the game's "just average" thing it has going which is always disappointing.