The Walking Dead Season 2: Amid The Ruins (Xbox One) 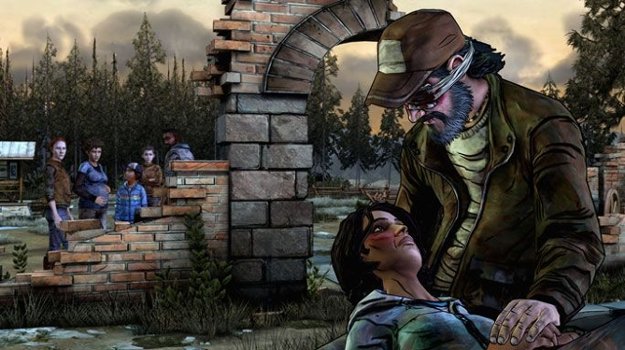 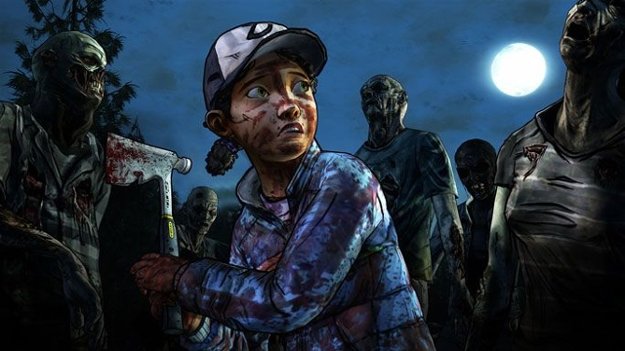 Clementine and her friends have escaped Carver's stronghold, only to land deep into a group of zombies at the end of In Harm's Way, leaving player's not knowing if they've truly escaped or not.  We start the new episode with the job of trying to fully untangle Clementine from the botched escape attempt. Rationally speaking, the entire thing was botched by a little girl screaming because her father was shot in front of her. Which I can't completely fault her for. But on the other hand, this is also the same little girl who is totally unprepared for the whole around her at large.

After we go through the job of rescuing our girl Clem, we meet up with the ragged, battered remains of the group. They're bruised, demoralized and don't really know what to do with themselves. And then there's Kenny. The character who should not be. He spends most of the episode being an obnoxious, angry, bitter old man who can't stop feeling sorry for himself.  And when he finally pulls out of feeling sorry for himself, he starts goes back to being his old argumentative, angry self with a dash of weird thrown in for good measure.  I understand that he has a place in the narrative and that they want a character type like him, but by all that's holy does it have to be him? I feel like they could have easily swapped out someone who didn't have the same history with Clementine and used them just the same; his history with her could have been swapped out for a few conversations with the new character to get to know them and their background and we'd know everything we'd need to.

Beyond Kenny, the rest of the characters in the narrative are nowhere as annoying or aggravating. Which is helpful considering that the story itself has a lot going on. The baby is coming (of course), which means the walkers are coming (of course) which means that they have to find someplace safe and warm to have the baby and to hole up for a while.  The group isn't really getting a break or a rest which from a gameplay aspect is great. I want to keep moving with the story and I want things to stay interesting. But what I don't want to see is things play out in a predictable manner or for things to happen that I can see coming for twenty miles down the road.

At least one death in the story was fairly predictable considering the events of the narrative and the character involved. The actions of at least one other character were telegraphed left and right whenever they spoke about the person involved.  And at the end of the story, you can see the setup before it happens. It's not really a surprise when the ending goes down the way it does.  That's not to say that it's not interesting and that I don't want to see what happens next. I do want to see what happens next. I'm just not surprised by what happened and I almost wish they'd gone another route with the ending entirely. It's an out of the pot and back into the pot situation. 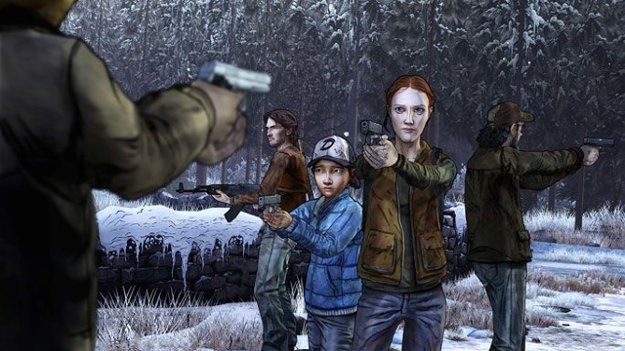 On the plus side, we saw some adventure type elements make a bit more of an appearance in this installment, even if it was in very small ways. There were a few very small puzzle type sections to go through and it was interesting to see them return.  They've been missed and I'd love to see them make a fuller and more meaningful return in the next installment. It makes the game so much more interactive and really fleshes out the entire experience. It's not just about the action; it's also about the adventure and the problem solving.  The zombie apocalypse doesn't just require you to be tough and strong. You have to be smart and clever to survive and that's what the puzzle elements emulate.

The animation was very smooth and looked pretty good. There were no graphical glitches that I saw and the game ran well and controlled fairly well.  A few of the interactions required incredibly fast reactions in order for them to go off, as in, in order for Clem not to die, but that seemed purposeful. And with the autosave function, if you die you just go back and get it right. The voice acting was on par as usual and the actors really delivered realistic and believable performances throughout the episode.

Overall the episode did a pretty decent job with itself. The little bit of adventure that came back was nice, the high drama element was a very nice change as opposed to being heavily action oriented, which is really more what The Walking Dead feels like it should center around thematically.  On the negative side though, some of the story elements were really too rote and I am so sick of Kenny I think I'm heading to my doctor to get a prescription written for something to help with the nausea.