Rise of the Tomb Raider (Xbox One) 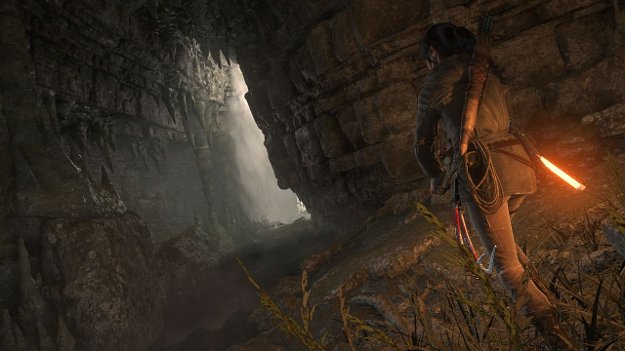 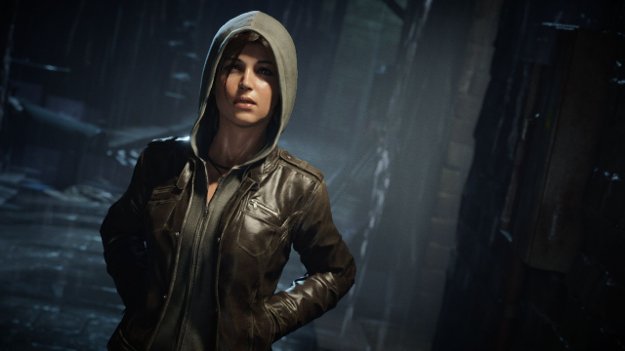 When Tomb Raider was rebooted in 2013 I have to admit that I wasn’t the most excited for it. Sure the game looked good and both Legends and Anniversary had been good games but Underworld was rather disappointing. While I rated it as a slightly above average game my personal feelings for it were more... hostile. So when they decided to just reboot the whole thing, yet again, I wasn’t exactly jumping for joy. Pretty sure that at one more reboot they get a free ice cream.

But Lara didn’t disappoint when she was reinvented. Tomb Raider ended up being one of the best games of 2013 and one of my favorites for the Xbox 360’s entire run. It took what was previously a one note character and humanized her without making her a weak, vulnerable victim. She was endangered plenty of times, sure, but she continued to fight back and attempt to save her friends regardless of the crap she went through to do so. Even those who didn’t even feel like they felt saving. By the conclusion of that game I knew I was totally invested in the series and would be buying any sequels that were released.

With that in mind Rise of the Tomb Raider doesn’t exactly start out on the right foot. It jumps right into Lara and Jonah, the big islander fellow from the previous title, on a leisurely hike up into pure frozen hell. I immediately wondered to myself - “Where are the other survivors from Yamatai?” There’s an off hand mention of the fate of the cultists on the island you can easily miss, a record of an exchange between Lara and a psychiatrist in a text log and... that’s about it. I didn’t really give one monkey’s crap about Reyes’ fate, vitriolic jerk she was, but what the hell happened to Sam? Her and Lara were bestest buddies so not telling me anything about what happened to her or why she wasn’t in the game feels like a massive continuity gaffe.

While the lack of resolution with Sam stands out as a disappointment I do see what they were going for. They didn’t want to look back to the last game and instead wanted to tell a story about Lara and her father’s legacy. Where the reboot was about crafting Lara into a true survivor this is a story about who Lara truly is. As the story goes on you slowly see her morph from an individual obsessed with vindicating her father’s name into a more mature individual, accepting responsibility for her actions and doing something proactive about it.

Making this story more engaging are the characters involved in it. Beyond Lara you get to meet both the two primary antagonists, their organization and a number of locals to the area that you’ll be exploring. One of the antagonists, Konstantin, can seem a little bit one note with his whole “Muwahaha, I am evil but since I do it in the name of God I am not evil.” shtick. But as you read the documents spread throughout the game and see more of his story he gets kind of sad. His companion is a bit of a spoiler but their own reasons for working against you are not only believable but fairly human all things considered. 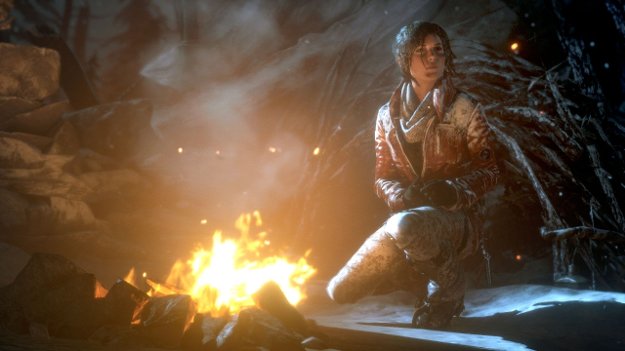 In addition to that the locals are pretty damn well written. Jacob is a very, comforting figure that seeks to put Lara at ease. He has a warm and open nature that Lara doesn’t seem to trust at first but she eventually warms up to it. Their interactions are one of the highlights of the writing here since it feels so very human. Sofia is hyper aggressive towards Lara but in a way that’s relatively reasonable. Once Lara is shown to be trustworthy this drops completely and shows her to be a warm, reasonable figure. Essentially she feels like a regular person.

Everyone also sounds like just a regular person. All of the voice acting is very well done and fairly natural. Nobody sounds like they’re reading a line, not even the incidental characters. Lara sounds just as lifelike as before while Jacob and Sofia are quite well done. The show is stolen by Charles Halford who voices Konstantin. He sounds almost like Clancy Brown and manages to bring a delightful bit of lunacy to his role while not going too far over the top.

Another element that makes these characters feel so realistic are the graphics. They look absolutely gorgeous. Each person has a very distinct face, barring the generic NPC’s, and these faces provide them with a life of their own. The form of the face, the lines of their eyes, the shape of the mouth and even their individual hair strands are placed in ways that really make each one feel completely unique. Sofia especially has a rather odd facial structure but it’s not unattractive or fake looking. It looks entirely real with freckling and individual hair strands that give her an organic look missing from most video game characters.

The graphical fidelity extends to the environments themselves. The first wide open area you get to explore is a snow covered mountain valley full of abandoned structures. Climbing through the trees to avoid a pack of wolves, scrambling up a mountain to reach an old Soviet gulag or sneaking through an abandoned lumber mill as you pick off mercenaries, the whole area is a feast for the eyes. This is the least interesting of the areas with the second one being even more breathtaking, saying nothing of the various dungeons.

Where things get kind of weird is the gameplay. It’s not bad. No, definitely not that. But the game plays and feels exactly like the last title. The differences between the two are incredibly minimal. Lara now has two ice axes instead of one. She has a few different weapons and gear options from the last title. The abilities she can purchase as she levels up are kind of different. Oh and there are more expansive tombs this time. That’s about it. Everything else plays and feels too similar to Tomb Raider for it to feel like a full sequel. If they’d given her slightly different weapons or at least forced her to use them differently, like sniping sections, or at least given her the dual pistols it would have been amazing. As it is you’ll do exactly what you did last time, from stealth killing to hunting animals to crafting upgrades, with very little that’s truly new thrown in.

Other than the deja vu feeling of the gameplay the other primary weakness of the game is the ending. While there are some pretty epic battles leading up to the final confrontation the actual finale is kind of bizarre. After a tough but fun battle against an attack chopper you’ll end up in a stealth based battle against some supernatural enemies before a final stealth battle against a final boss. It creates a weird feeling - like you just finished with the climax of the game but now we’re playing the denouement. This leaves the actual cut-scenes, as interesting as they are, feeling a tad weak. I’m willing to accept this might just be me but it felt

Not something I’m really holding against the game but you’ll want to beware of various odd glitches and bugs that can hamper the game. None of these are game breakers but they can really mess things up for you. For example Rise of the Tomb Raider has replaced the multiplayer mode from the last one with Expedition mode. These are basically score attack modes or time trials in levels you’ve completed. You can modify these with various cards from packs you unlock as you play or purchased with in-game currency. However a number of these cards don’t work properly so you might find yourself using a card that doesn’t work properly, like a climbing card making it harder for you to climb or a card that should give you a powerful gun not doing so. 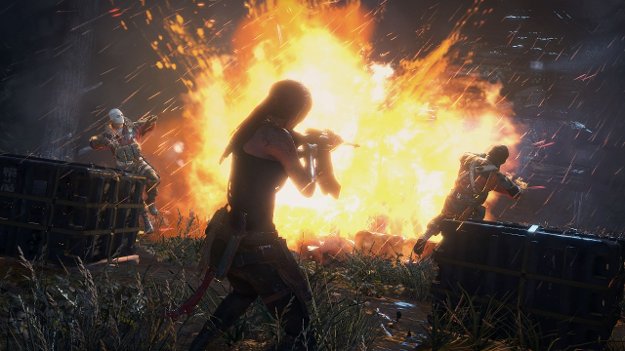 Add to this the fact that sometimes platforms you move don’t stay moved when you die and it’s entirely possible that you might need to roll back to a previous save. The game does provide backup saves for the game but these only occur after big events, like a plot battle. These don’t update until you pass the next plot event. Due to this I found my time rather frustrating until I started making my own backup saves. Then I’d only lose ten to twenty minutes instead of three hours of gameplay.

Rise of the Tomb Raider is an excellent game but it doesn’t really feel like it excels past the first game in this rebooted series. The original Tomb Raider for the PlayStation 1 laid the groundwork for this whole series only to be blown away by its sequel. Rise of the Tomb Raider doesn’t manage to do this. With all of that said it’s a great game, definitely in league with the previous entry. It’s just hard to shake the feeling that something more could have been done with the gameplay to really set it head and shoulders above its predecessor. It’ll just have to settle for being a great game I suppose.