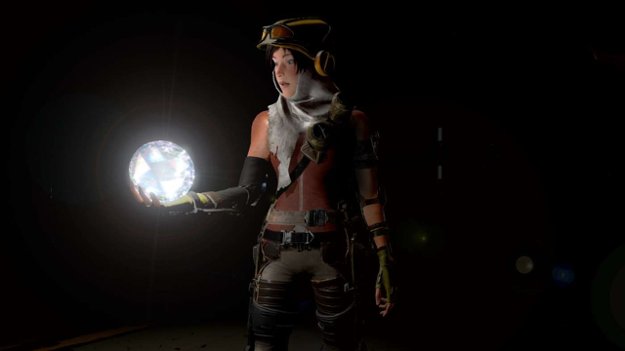 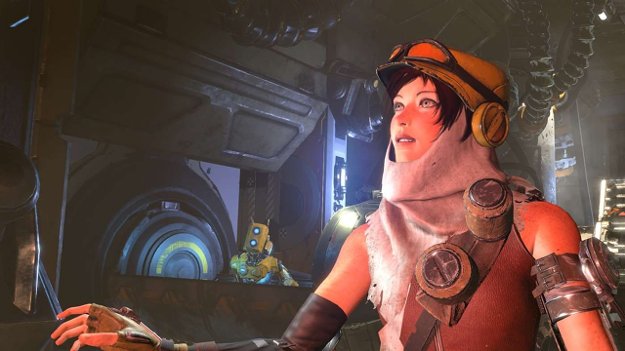 There is a beauty to ReCore’s vast world. You feel at first your are alone in this world with a giant task placed at your feet. But then you hear a synthetic barking noise next to you and you realize your best friend is along with you for the ride. Where you go, they go with you and when you fight, they will battle along side you.

The setting of Comcept and Armature Studios’ latest title may seem bleak and bland at first, but when you finally leave your home base, you soon begin to realize just how expansive the world of Far Eden really is. It is a massive desert, but amid the sands and far-reaching cliff sides, there are structures and other obelisks that really showcase a massive scope to the planet. Looking at these massive structures suspended in the air by humongous chains and jagged onyx stones protruding from the ground always were a sight of bewilderment. It gives you the feeling that you want to see these things up close and personal, however, these feelings of wonderment are halted when you are greeted by radiation readings that will kill you in seconds thwarting your curious mind.  There are indeed many adventures and exploring in the world of Far Eden, but it does feel like there is a leash around your neck at times. 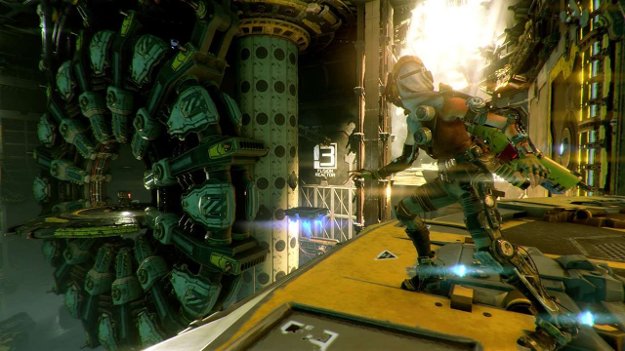 You take on the role of Joule Adams, a colonist sent to Far Eden with the plan of establishing life on a new planet while Corebots were suppose to terra form the planet for the humans in cryo-sleep. Inexplicably, the Corebots became corrupted and the process seems to have halted, so it is up to you to figure what went wrong with everything. With a majority of Corebots being corrupted, it almost literally gives you a feeling of you against the world as the vast sands of Far Eden conceal the Corebots under them and will spring forth from it at a moments notice. Thankfully there are a few Corebots that weren’t corrupted and serve as your allies during your adventure and can help you traverse the landscape, unearth secrets of Far Eden and even serve you in combat. These companions became necessary to rely on as combat quickly become a swarm of mob encounters. I enjoyed the use of these allies during battle and exploring as they become rather necessary to access new areas and can unearth many secrets of the the planet.

Thankfully ReCore’s combat is quite accessible for players to use thanks to a color wheel ammo-type where shooting corrupted Corebots with the same corresponding color will deal increased damage and an automatic lock-on system rarely giving enemies the chance to surprise you. Using Joule’s traversal abilities to double jump and dash in connection with the simplistic shooting mechanics makes encounters really fast paced and can be over in seconds. My main focus was towards switching to the appropriate ammo type for the Corebot and squeezing the trigger until I became low on ammo, which recharges after a few seconds, or until the Corebot exploded into parts I needed to gather to resources for upgrading my companions. Joule also is giving the ability to extract the Cores from enemies, instantly killing them. These cores can be used to increase a friendly Corebot’s attributes, but the corrupted Corebot won’t drop any loot, so it becomes a trade-off of what you want out of fight. I found myself drawn to Joule’s tug-of-war mini game of extracting cores as it became a strategic move to use if I felt myself becoming overwhelmed during particular fights. 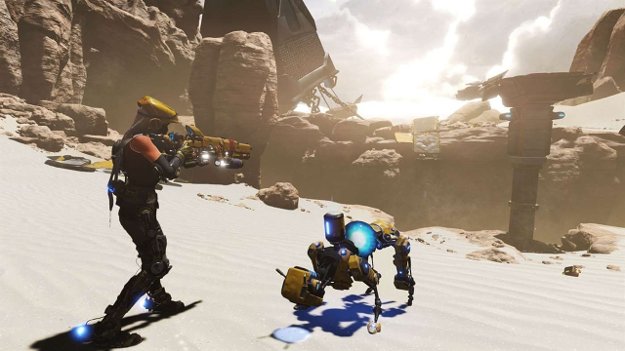 Along with the combat, ReCore’s use of dungeons really utilizes all of Joule’s movesets. The standard story dungeons are well put together and have a Legend of Zelda feel to them with some light platforming and a good amount of combat in them culminating in a boss fight, but aside from the main ones, there are also challenge dungeons that focus specifically on Joule’s platforming prowess or her combat expertise. These dungeons are quite entertaining, but I felt myself more drawn to combat ones in particular as the platforming ones can be a bit long-winded.

Unfortunately with all the fun that ReCore has within it, there are technical issues that halt the experience. I ran into some occasions where Joule would just fall through the environment at random and at one time a checkpoint was saved during her getting hit off a cliff and falling causing an inescapable death loop forcing me to reset the game. Also, level progression seems really uneven at times. There was one instance where I had trouble completing a combat scenario where I would quickly become swarmed by enemies and if I died quickly during it, Joule somehow gained a level, but when I tried it again and survived longer, she wouldn’t. It became very annoying to see that when I acted poorly during a fight, I would leveled up, but when I excelled, the same outcome did not occur. This annoyance was compounded when I got to an area of the game where to progress further, I had to meet a requirement of a resource called Prismatic Cores to gain further access to an area and when I didn’t meet the requirement to progress, I had to exit the area and explore the overworld for more Prismatic Cores. It ruins the experience, because not only does it bring your task to screeching halt, but it makes exploring the open world no longer optional, but mandatory for you to complete the main story. It is very frustrating to have to stop an action you are invested in to do resource gathering that you really don’t want to do any further. It’s padding the game’s playtime by causing players to backtrack out into the sands of Far Eden. 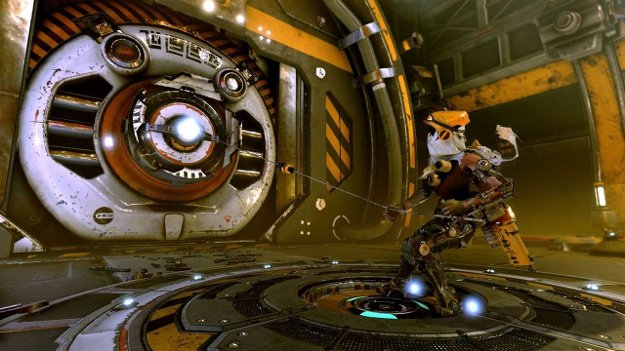 There is a good tight game within ReCore’s packaging. Its combat is enjoyable, the platforming works and the look of Far Eden is magnificent. However with its almost mandatory need to gather resources for progression further into the game, it is unnecessary padding to a game that could of been a shorter more enjoyable experience that can leave your frustrated.