Quest of Dungeons (Xbox One) 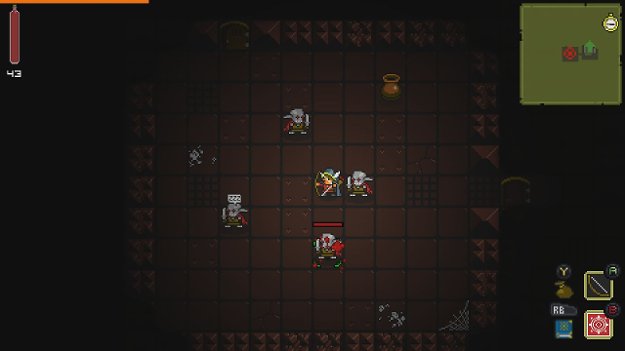 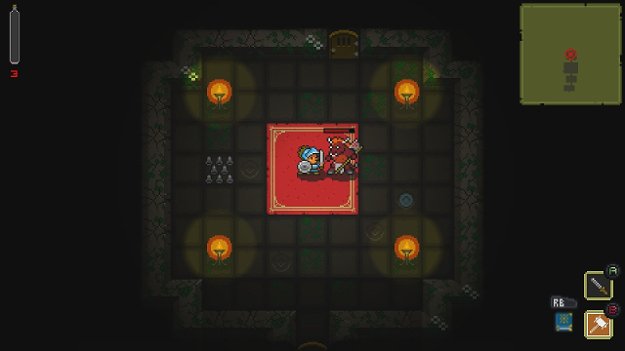 It’s funny. During the lifespan of the Xbox 360 I found myself constantly bemoaning the fact that there were no roguelike games on consoles. Then when the Xbox One comes out I kind of hoped this would change. With Microsoft implementing its id@Xbox program we start to see a cavalcade of them releasing on the platform and lucky for us fans of the genre, most of them have been pretty top notch. Quest of Dungeons continues this streak but it’s a bit of a mixed bag.

When I first turned the game on I really had expected something a bit more visually impressive. I hadn’t seen many images for the game, merely reading about what it was all about. However once I started playing the game I realized what was going on here. Rather than trying to redefine itself, like Rogue Legacy did, it wanted to capture the charm and feel of old school roguelike titles. As such it goes with static 16-bit type sprites that really do harken back to the good old days. 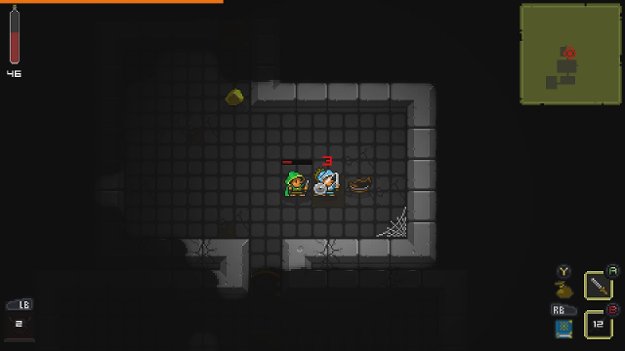 At the most fundamental levels Quest of Dungeons is a solid game. You have a simple premise: an evil creature has driven the land into darkness and your hero must restore light to the land. The gameplay itself is also very simple: top down dungeon navigation with combat done by bumping into enemies. Throw onto this some really great music and the whole package is, on paper, a rather good game. Unfortunately the devil is in the details. While a simple story serves the game well and some flavor is given to it via some humourous pre- and post-game conversations between the party members the gameplay suffers in one key area.

Quest of Dungeons plays simply enough. Pick your character and then walk around the dungeon, looking for loot and enemies to kill. As you loot up you can find better weapons, armor and skill books to teach you new skills / spells. Traps will get in your way, avoid these or attempt to disarm them at your leisure although I like leading enemies into them to weaken them for a kill. Friendly shopkeepers will sell you goods or buy your loot to help you push further into the dungeon while you can pick up quests from crystal orbs to help you level up and push further. Bosses will bar your path, requiring good use of your skills and healing / mana potions to get past them. 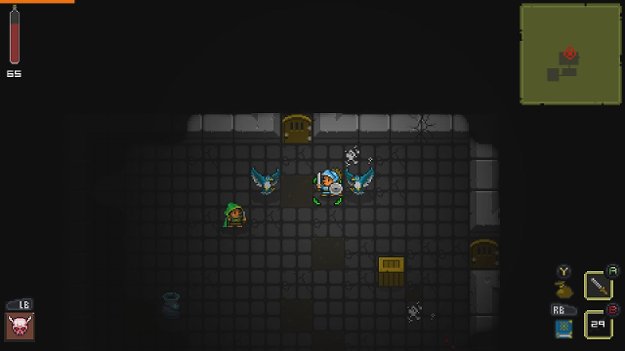 Depending on your choice of one of four classes (five after clearing a dungeon) your choice of equipment, skills and approach to combat will change but the general game itself always plays in a very similar fashion regardless. The main issue with this is how utterly screwed up the class balance is. You might think that the various classes provide you with a lot of variety in how to approach fights? Haha, you naive fool. No, that’s not how it works at all. With the exception of one lone class, the rest of the classes feel rather useless. If you choose to play anything other than the Assassin then you’re just going to be wasting your time.

When playing as the Warrior you’re utterly dependent on finding or buying powerful equipment fast enough to keep up with the enemy scaling. Skills aren’t a huge help for him. The Mage must not only get badass equipment as well but without the right spells he will quickly become useless so those are critical as well. The Shaman isn’t quite as bad as the above characters but he plays like a slightly better version of the Mage since he can kill enemies in melee easier and thus avoid some issues the Mage faces, notably monsters with a growing resistance to spells as you go deeper. 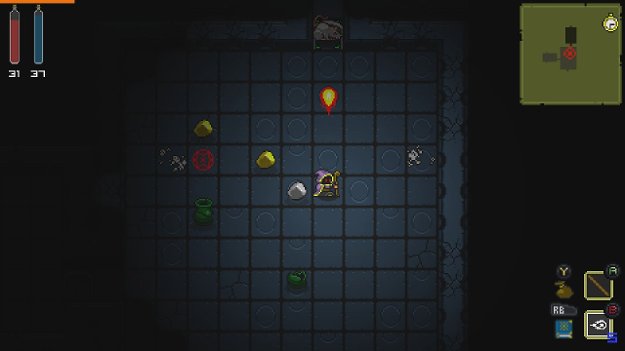 Only the assassin, with his deadly ranged attacks, can easily survive these dungeons. Once you start getting skills with the Assassin you can even clear floors without taking any damage, that’s how easy it gets. I can barely struggle my mage to the bottom floor of the second dungeon which is only seven floors and I did this on normal difficulty. My assassin? Easily cleared the custom dungeon on hell difficulty when I set it to have ten floors.

Normally this might not be a humongous issue since you just need to find ways around the problems you encounter. Unfortunately only the Mage really has any options here with his teleportation skill. The Warrior and Shaman don’t have any real way to easily escape from combat. Since you all move at the same speed (one tile per turn) you can’t outrun them, especially if they have ranged attacks or spells. When dealing with bosses this becomes a huge issue since they are so immensely powerful. They often have two or three times as much health as other monsters and hit just as hard meaning its entirely possible that they deal damage faster than you can heal with potions / food. Doubly annoying is that these random bosses are actually often quite a bit harder than the end of dungeon bosses at the bottom. So generally I just avoided them when the random dungeon design didn’t make killing them a necessity. 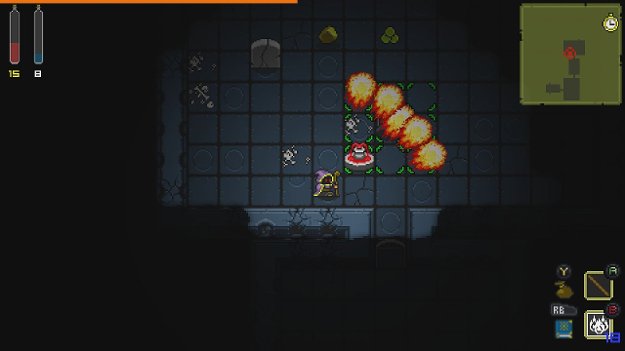 I also found myself put off by two further issues. First - why are there spelling errors? Can people not run their scripts through a spell check? It comes free with most text editing software these days so there’s little excuse for it. Also, while I know that a lot of effort was put into translating this game to other platforms, the price jacking this game has slowly undergone is kinda frustrating. Want to buy it from iTunes? $2.99 US. How about buying it on Steam? $4.99 US. Want to buy it on the Xbox One? $8.99. I predict the PlayStation 4 version will be $14.99 at this rate of price growth.

With all that said it’s not like the above problems really ruin the game. The price growth is annoying but it’s still a fairly cheap game. Only the class difficulty issue really impacts things so you might find yourself having to play on a lower difficulty with them but it’s still a nice option to have even if just for the challenge (or playing on easy difficulty). I personally enjoyed the experience here but it may definitely not be for anyone. I can only really recommend it for huge fans of the roguelike genre. For others I would suggest watching gameplay videos or trying it at a friends house before purchase.