Pillars of Eternity (Xbox One) 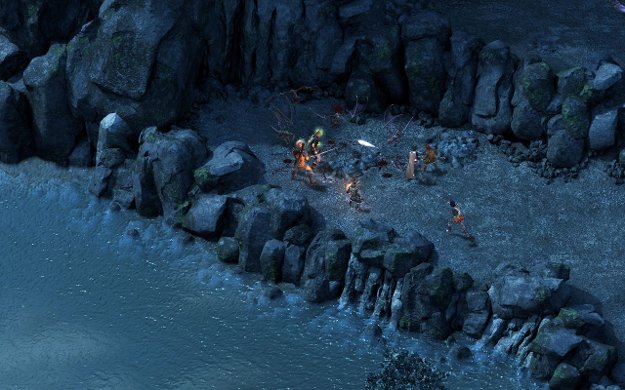 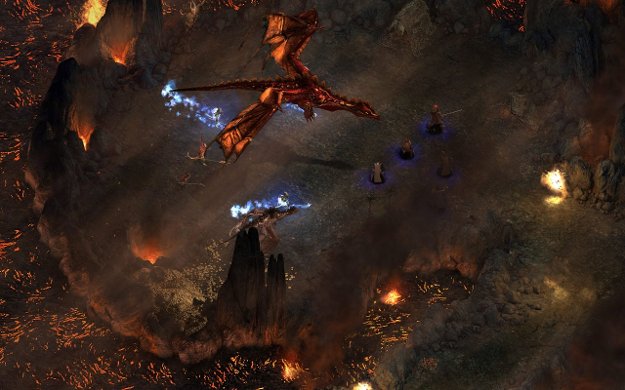 Ah… Obsidian games. You gotta love ‘em. They’re kind of like Bethesda-squared. Their writing and world building surpasses Bethesda’s, one of the few to do so, but their games often have more bugs and game breaking glitches than Bethesda as well. It’s rather impressive since most of these bugs come from flooding the game engine with so many different options and possibilities that it just overloads the poor thing. Luckily, Pillars of Eternity has been around since March of 2015 on PC. This means that the developers have had a lot of time to hash out the bugs and issues that the game had. This leaves a tightened-up experience that is lacking most of the usual issues. As a port, handled by Paradox Arctic, they’re bringing an intensely polished version of the game to consoles that comes packed with its DLC. It took well over 100 hours to get this review done thanks to how much content we’ve been provided. 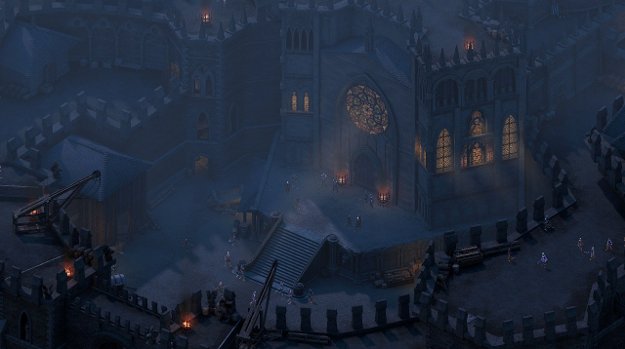 Pillars of Eternity is, essentially, a throwback to older computer roleplaying games. Upon starting up the game you will choose your race, background and class before embarking on an epic quest. The character starts off in the middle of a trip to an area called the Dyrwood. A promise to start a new life in the town of Gilded Vale. Things quickly go tits up and before long you’re scrambling to stay alive. From here things only manage to get worse. You’re dragged into a conflict that will take you across the length and breadth of the Dyrwood as you attempt to uncover an ancient conspiracy and its effects on the land. You’ll see both the good, the bad and the ugly sides of this beautiful, horrifying land. Battles will range from minor skirmishes with bandits and animals to tough brawls with ancient monstrosities.

Pillars of Eternity doesn’t skimp on letting you customize how you experience this conflict. You pick from one of six races, each with between two and four sub-race options. Then you get to pick your class from one of eleven, some of these also having sub-choices to make. Lastly, you’ll have your culture and background – your culture provides starting equipment based on your class while your background provides you with small skill boosts. When you’re done with this your character is truly your own. Even as you pick up NPC allies you’ll often find that they have wildly different choices to yourself so even if you picked the same race / class combo they still feel different.

They’ve also dumped some of the most staple rules of the fantasy genre. Want your mage to wear heavy armor and swing a two-handed sword? Knock yourself out! Every piece of equipment has advantages and disadvantages that require you to weight them before putting it on. So, for example, if you find some awesome armor that provides an intelligence bonus you might want to put it on your mage. But that heavy armor will provide a penalty to how quickly they take their turn. He’ll be safer but he won’t get to take his turn as often as someone in lighter armor. Shields are somewhat similar. You’re more protected from some attacks but they get in the way when you are trying to fight, making it harder for you to hit. 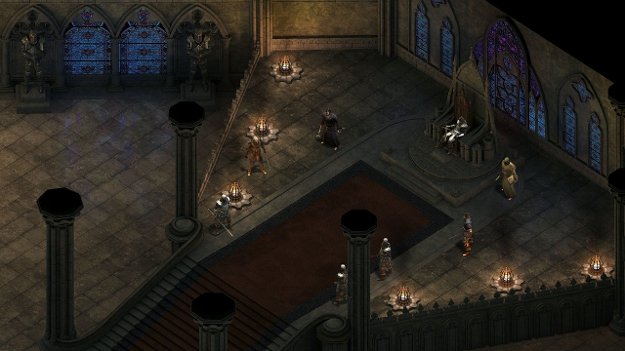 The class options are also very weird but in a creative way. Most of the classes have a very specialized purpose that you need to understand to make them useful. For example, wizards aren’t designed to dole out massive damage. They’re mostly support and crowd control (stunning or putting enemies to sleep). The actual damage dealing casters are druids who have numerous spells designed to hit lots of enemies for high damage. Bards in other games are support fighters who sing songs to make your party more effective in combat. Here the Chanter can summon minions to help in fights while also on the front lines, battling foes. Leave all preconceptions at the door is what I’m saying.

What really makes Pillars of Eternity so enjoyable is the writing. There’s a small bit of overly verbose purple prose here or there but the experience is amazing. If you’re willing to talk to just about everyone you can see just how amazing the world building is. This is a whole new world that the developers have painstakingly crafted. Normally in a game like this you learn about the area that you’re in and a little bit of other countries. Here, by the time the game was over, you will truly feel like you know enough about the world to want to go and explore these other countries.

The quality of writing extends to the party members and most of the quests. Each of the party members have a fully fleshed out backstory which makes their motivations even more sympathetic. Many of the quests take unexpected turns which really keeps you on your toes. This is all made even better by the fact that you can approach most quests from a variety of angles. Want to talk your way through? Kick in the front door? Try sneaking in dressed as a priest? These are all possibilities. And these aren’t often simple binary choices – each approach often has its own distinct way the quest plays out, at least for a short while. This adds greatly to the verisimilitude of the game as well as the replay value. 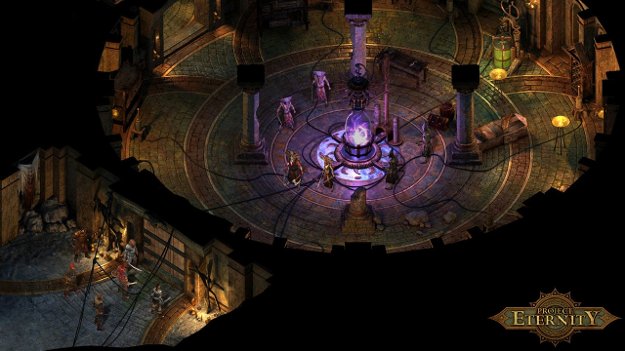 If there is one weak spot in the writing it’s that many of the quests seem designed to subvert expectations. For example, your companion Eder wants to know what happened with his brother during the war that recently ended. The quest involves a bunch of running around only to find out that the answer is… nothing. More questions are raised than answers given. While this may be realistic, whatever that word means in a world where you can throw fireballs, it doesn’t make for engaging writing. Several quests end on dull farts and, at best, you can influence the ending in positive ways by talking them through it. There aren’t many quests like this but every time it happened it just brought my immersion to a screeching halt. I know that this is kind of an Obsidian trademark but it does have a tendency to backfire.

One big thing that boggles my mind is that there’s a bug that exists that has persisted since at least 2015. This glitch essentially causes you to lose all progress since your last save by refusing to leave combat. While in combat you cannot save, rest, change floors or do anything else that would allow you to proceed. The only way to, possibly, fix this is by going into another fight and hoping that it ends. Happen to have forgotten to save for a bit and this happens on the last enemy in a dungeon? Time to start from the beginning! I know that this is an Obsidian game where bugs are often just a part of the experience but this one is godawful. It’s especially frustrating considering how most of the game has been excised of bugs.

There are also a few issues that are more of a symptom of the port than actual bugs. Many of these are due to how the controller was laid out. It’s an incredibly wonky layout that takes forever to get used to. The controller layout is iffy requiring you to use the triggers to open radial menus to access in-game menus and combat options. You get easy access to your map but your inventory is only accessed via the radial menu. Every button is used so it isn’t entirely clear how they could have improved it too much but it’s hard to adjust.

Lastly, the game engine seems to have some problems on the consoles. As the game goes on some combat options cause the game to lag more and more. Summoning combat minions will do this as will activating certain powers. The only one that’s truly egregious is when the game hangs for a few seconds every time you go into a spell list. Considering your party will often have three or four spellcasters this can lead to some frustration.

Pillars of Eternity is an amazing game. There was no point in the one hundred plus hours of playing it that I was unhappy with playing it or even got mad at game design features. A few disappointments, confusion with controller inputs and difficulty bumps mar the experience but nowhere near enough to negatively impact my enjoyment. Obsidian has managed to make a classic RPG that has none of the faults of their previous console release, Torment: Tides of Numenera, while also having all of strengths of that title.