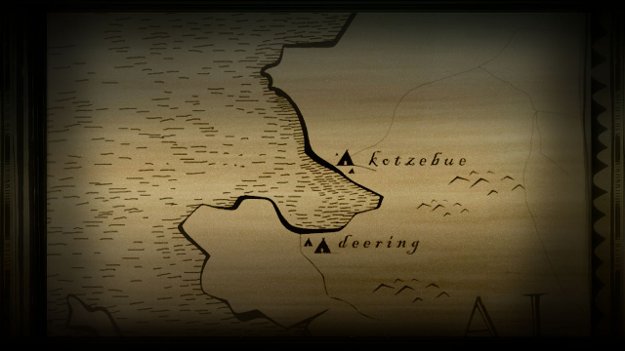 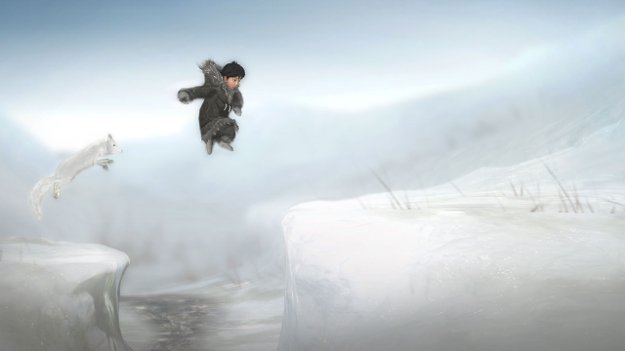 When Never Alone released back in 2014 I was a bit frustrated by the experience. While I gave it the very respectable score of an 8.0 I simultaneously felt like I’d over-rated it, due to some of the games short comings, and under-rated it, due to how enjoyable the game and videos accompanying it were. At every turn I was finding myself really unsure of just how to handle the experience from a reviewers perspective.

As I sat there starting up the download for Never Alone’s first piece of DLC, Foxtales I was immediately happy to be visiting this world again. Knowing I was about to get another peek at the legends I had so enjoyed in the first title brought a smile to my face. Then I looked over the press kit and my heart soared - the DLC would be priced very cheap. With the knowledge that a $3.99 price tag would be accompanying it, I knew that no matter how short the game ended up being it would almost definitely be worth it’s value. I was pleased to find out how correct I was.

Foxtales casts Nuna and her little fox friend as the protagonists in an Iñupiat legend, the tale of two coastal brothers. One brother was a good fighter and one was a good swimmer and the two had to work together to overcome a great obstacle, in this case trying to rescue their new mouse friend from the great rapids he has fallen into during their playing. See, since it’s now time for the Spring thaw much of the ice has been replaced with huge rushing streams of water.

To counter this new environment Nuna will be charged with using a canoe to pilot the pair through some rough tides. Since she no longer has her bola all of her actions really do revolve around either pushing something, carrying something or paddling the canoe - that’s right, Nuna is the muscle here. Fox must still interact with the spirits like before except here most of the spirits are creating currents of water so you will have to carefully position them to move the canoe, allow the canoe to pass or maneuver through underwater tunnels. Most of the puzzles revolve around this theme although the repetition is off-set by how much of a brain teaser some of these can become. 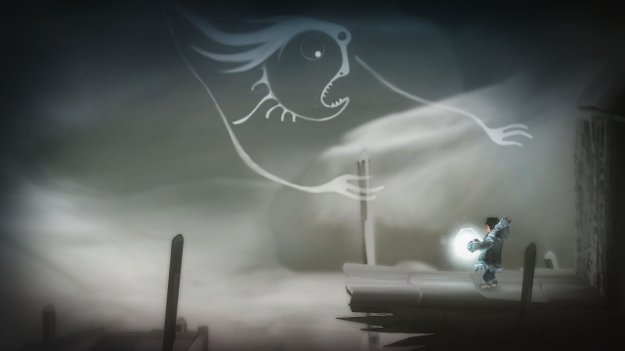 I did encounter a few puzzles that I have to say I’m not sure if I solved correctly. They were so befuddling that I honestly felt that my solution was less me solving the problem and more bludgeoning my way through via sequence breaking. I’m not sure if this is the case but a few of these were so confusing that I ended up possibly breaking the game instead of solving it. Not sure how that one worked out but there it is. Part of the problem may be that since you’re dealing with water, rocks that need moving, spirits to shift around and a giant monster to avoid it can be a lot to take in so you end up winging it.

Part of the problem here may be that the game doesn’t really give you much of a tutorial. The game seems to expect that you came straight from the main game and still remember how to play it but if you don’t, expect some issues. There may be an option to enable it but I didn’t see it and so I had to muddle my way through it all. 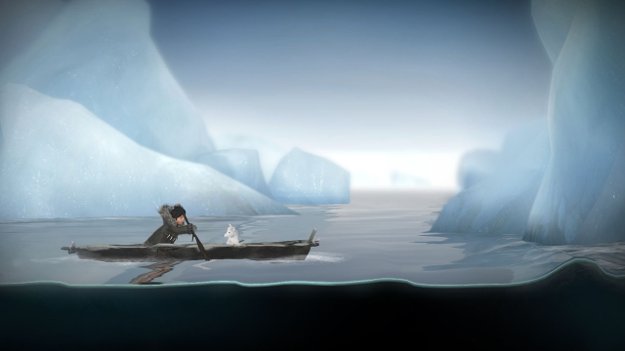 I was a little bit disappointed in that the cultural insights, the things I liked the most from the main game, are so limited. There are only five of them to gather in total and they felt a bit on the short side. On the other hand the DLC itself is much the same way - it feels a bit short. In total it only took me about an hour and a half to two hours to beat the game and watch all the cultural insights. But to counter this complaint the DLC is only $3.99 so it really is priced for a bite sized portion of game and it really delivers on that. Some may complain but I honestly felt that this worked in the DLC’s favor. If the cultural insights were a bit longer I’d have absolutely zero complaints on the price point / time investment.

Really Foxtales takes everything I liked about the main game and gets rid of the things I didn’t care for. The bolas? Gone. Sections where my AI partner got me killed? Gone. Constantly running for your life from beasts or environmental threats? Very limited. Foxtales takes the puzzle solving elements and expands them to make a much more compelling experience that lets you sit back, relax and enjoy the experience for what it is - a trip to the stories of another people.