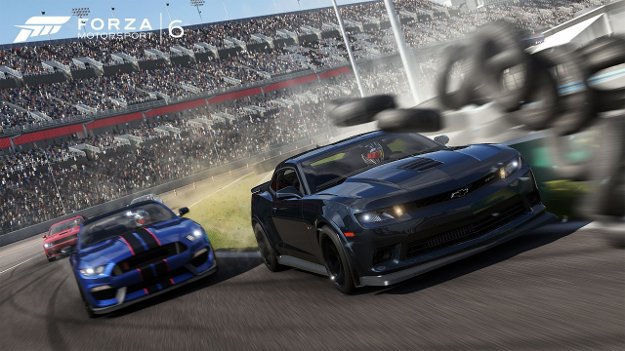 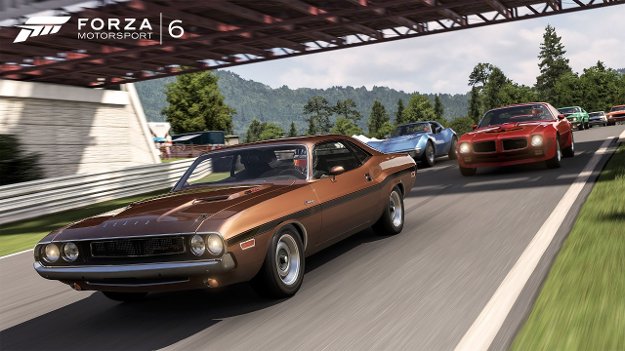 Sometimes when I review games I find myself torn as to how to truly judge the game. Do you judge it in a bubble, pretending that other, similar games do not exist? Should one act as if the game isn’t part of a series and treat it as just a single game? Or do you admit that there are other games out there or that it’s part of a long running series, comparing it to previous entries and judging it based on that? How you set your standards with this can really impact your outlook on a game.

Speaking for myself, normally this isn’t too big of a problem. I’ll just take a look at the last entry in the series and the most recent games that are very similar to it. Often this means you’re just comparing a game to one or two other titles. But with Forza Motorsport 6, it’s not so simple. Not even taking into account other game series entirely, we have received two Forza games in the two years since the launch of the Xbox One. It was ten months between Forza 5 and Horizon 2 and a little less than a year between Horizon 2 and Forza 6. This constant release schedule is making it really hard to judge Forza 6 in a bubble like the game probably deserves. 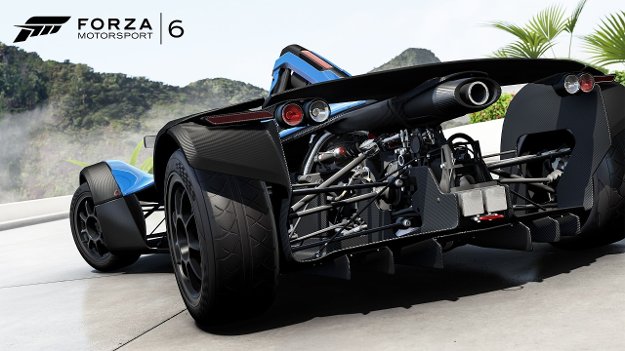 I loved Forza Motorsport 4 and I found 5 to be a worthy successor as a launch title on the Xbox One. However many had problems with the lack of content in the game, especially since much of the content that was later introduced was DLC. Lots of people felt that this made Forza 5 feel like half a game where you had to pay extra to get content you should have received with the initial purchase.

Well that’s definitely not a problem with Forza Motorsport 6. At launch it has about twice as many cars as were in Forza 5 in the same time, around 450 of them. With twenty six race tracks to drive on that’s a whole lot of content. The developers also added in a single player mode that features about 70 hours of content, mostly themed races or races that require the use of particular cars. It’s nothing incredibly special but it definitely forces you to use all of the various cars you’re putting in your garage as opposed to just finding one in each racing grade and using that exclusively.

The real addition to this game is that of wet weather races. In most other racing games it was merely a cosmetic addition or it made the road a bit harder to grip for your tires. Here it’s much more of an in-depth problem. You will find that your tires slide a whole lot even with the braking assists turned on so you’ll have to approach turns a lot more carefully or be ready to skid into a wall. 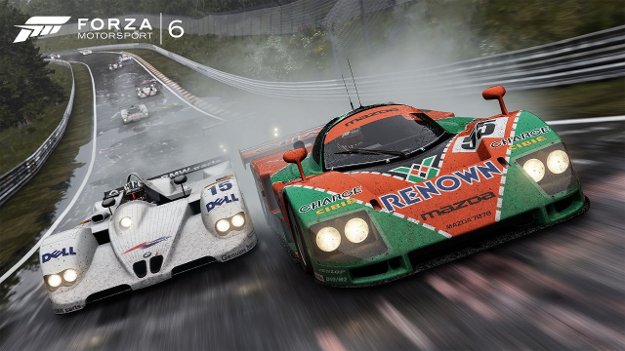 Worse than the wet roads causing skidding are the puddles. Puddles form in specific parts of the track and if you don’t learn where that is quickly be prepared to hydroplane when you hit the puddle at speed. When this happens you’re going to spin out, the direction of your spin varying based on what tires hit the water. Getting control of a hydroplane can be a huge pain in the butt, requiring either turning into or against it depending on how you’re spinning out. As a general rule this would be a great time to rewind and avoid the puddles even if it forces you to take a non-optimal path around the track.

The wet weather races can be made a bit easier by using good tuning setups but since these vary by car or even by what sort of wheel drive setup a car has. So you’ll need to use the car tuning to really get the most out of these races or at least to make as few mistakes possible during them.

Another addition to the games are the mods. Each race you can bring in a mix of three mods that will impact how your race works in a variety of ways. There are Dare mods that give you a penalty during the race (such as a lower starting grid position or lowered power for the race) in exchange for a greater credit payout. Then there are the Boost and Crew mods, these directly grant bonuses to your car during a race with no drawbacks. Sometimes these mods grant even greater bonuses on specific race tracks or with a specific type of car.

With all of that said I’m still as fond of the Forza games as I ever was but certain things are starting to grate on my nerves. Lots of these are small things that aren’t necessarily worth complaining about but one of the biggest issues I have is the games need to shut up. While it’s neat and all that they got some of the Top Gear guys to return and provide commentary on the cars and races I have to take some umbrage at the fact that it starts to feel obstructive to the races.

At this point each and every Forza game begins the same way - the game starts, you get to race a great car, listen to lots of talking, do a few tutorial races and then start doing serious stuff. But even as you do these other races they’re interrupted by lots of jaw flapping.

I’m confused at this point as to why, with the Forza games becoming a yearly thing, we still need these forced tutorials. Let me skip them already! Then the people start talking and I can’t skip that either. By the time I get into an actual race I’m starting to get pretty agitated all around. While I loved the commentary during the AutoVista stuff, hearing about their thoughts on the cars while oogling it, it just feels like it’s getting in the way when all I want to do is race. I probably wouldn’t care quite as much if this wasn’t something I had to deal with in some fashion in every game since Forza 4. Plus it feels like it’s getting worse with each successive release. 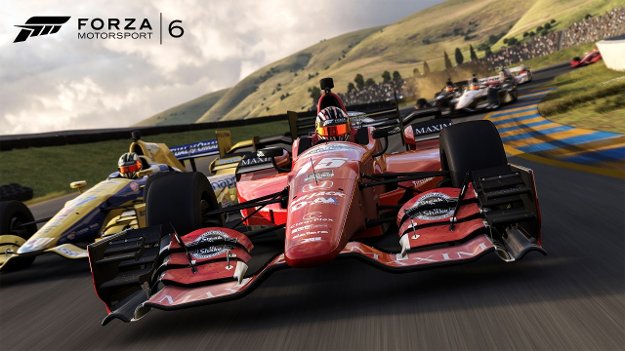 Of course it’s a Forza game so it looks fantastic and has all the same amazing visuals you’ve come to expect from this series. Each car is rendered in amazing detail even down to the parts as they pop off of the car after a few impacts. It gets especially impressive when you go into the first person cockpit view and watch the inner gauges and such at work while speeding down the track. The graphical power of the Xbox One really helps you get that sense of being inside these amazing cars while powering down a track at speeds in excess of 150 miles per hour while rain pours down on your car. It’s awesome.

But now here’s the real rub. Your opinion of this game will greatly vary depending on your relationship with the Forza series. If you are the type of person who wants to own every game in the series then this will happily sit on your shelf as one of the better ones right alongside Forza Horizon 2. However if you’re the sort of person who only wants to spend money on a game in a series when it’s a huge improvement since the last one then it’s a harder sell. On the personal side of things I’m quite happy to have this game in my collection but it’s very hard to recommend it to others who already own the next gen Forza games.

Editors Note: When Forza Motorsport 6 was released it had a horrific glitch that led to Drivatars acting intensely odd. Even if you were racing on normal difficulty you would get unbeatable difficulty drivatars that would spend the whole race with more than half a lap on you. This was acknowledged as a glitch by the Turn 10 staff and is being worked on. Initially this was believed to be on purpose and was responsible for the delay in getting this review live - We were trying to figure out if it was a bad game design decision or a glitch.