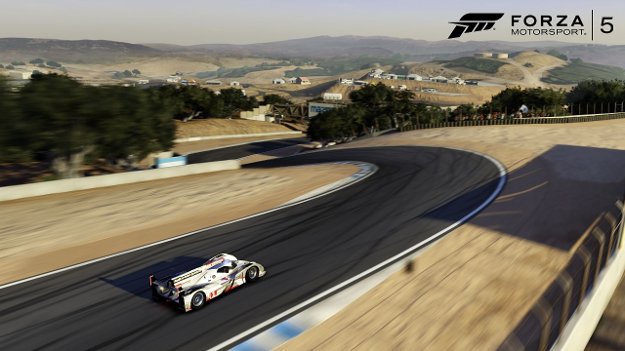 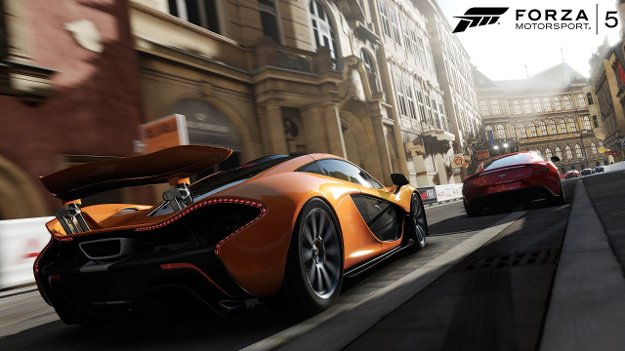 Anybody who has read any of the previous Forza reviews on the site should know that I’m pretty much a mark for the series. While I’m not a car guy or a racing fan there’s just something about these games that has always connected with me. Perhaps it’s the way the series blends its car simulation mechanics with a more entertaining arcade style races. Perhaps I just like ogling the purty cars. Who knows. What I will say is that while my feelings are mixed on the Forza Horizon side series, Forza Motorsport 5 is definitely my go to game for my racing fix.

If we’re being honest with each other, while it was a great game Forza 4 could feel a bit unnecessary. The main addition to the game was the inclusion of the Top Gear guys commentating on the cars. Otherwise it was basically a few graphical upgrades, some different cars / tracks and overall… well it could be argued that it was a rehash of Forza 3. In essence it was a great game but unless you’re a car guy / gal  who appreciates the minor differences, or a huge fan of Top Gear, you weren’t missing too much by skipping out on that one. 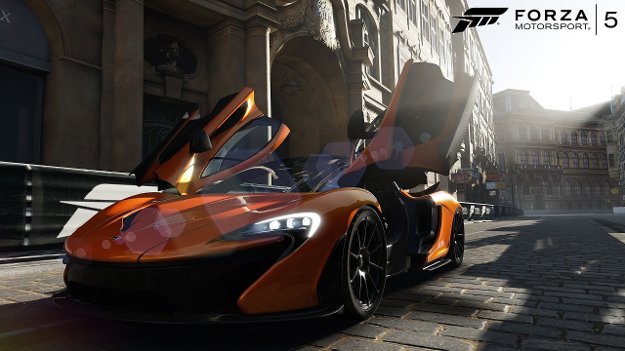 Forza 5 is a whole different beast in this regard. It contains all of the staples that make the series so accessible and enjoyable. All of the driving assists that help the newer players ease into the game are present. The ability to rewind time just enough to hopefully undo how horribly you screwed up that last turn? Yup, that’s still there. The race tracks that basically demand that you learn how to take each turn as effectively as possible if you want to win? You betcha. But that’s just the basic mechanics of the game, what have they really added to the experience?

Well there’s the fact that, as the only Forza game on Xbox One, it looks absolutely amazing. Everything is so shiny…

But more importantly than that are the Drivatars. These virtual competitors are based off of your friends and other Xbox Live gamers racing habits and techniques. Essentially while you drive, the game studies you and learns your habits. Do you stick close to a turn while slowing down or do you take it wide before sweeping across, going as fast as you can. Do you duke it out with the other racers, bouncing off of them like bumper cars, or do you try to drive as cleanly as possible? The drivatars are designed to learn from this behavior and then inflict your terrible driving upon your friends. 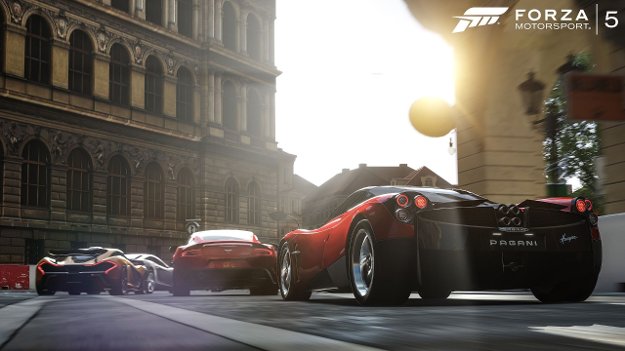 This has one awesome effect and one big negative one unfortunately. On the positive side it’s great that the AI does something other than stubbornly drive “The Line” around a track. Having them moving a bit more naturally gives even solo races a more dynamic feel. Unfortunately this leads into the big negative – it makes actually driving a clean race so much damn harder it’s not even funny. The developers, in an effort to blunt the frustration that would ensue from this, removed the car damage penalty from races. That’s great since it means you don’t rage quit over the AI bouncing off of you like a pinball bumper but it does dilute the pride you’d take in getting through a race without scratching the paint. It gives the game a feeling more similar to the Need for Speed games in some ways, where the trading of paint is just a part of the arcade racing experience and not something to be avoided at all times.

How you feel about Forza Motorsport 5 will really depend on whether or not you find the above to be a deal breaker. The fact that the game seems to have fewer tracks than Forza 4 isn’t a huge deal since there’s still plenty of them in the game. Whether or not your personal favorite car is there is also a pretty minor issue by and large. But the more arcade-like, slamming around for position, gameplay that’ll come up in some races will definitely be off-putting to some folks.

It’s a shame if it does so since one of the newest features added to the game is pretty awesome. It’s called Impulse Triggers and it works via an advanced force feedback aspect in the Xbox One controller. Essentially what it does is it makes specific parts of the controller rumble in response to in-game events. I’ve only noticed it being used in Forza 5 and the way the developers have made use of it is pretty sweet. Essentially while you’re driving it will give responses to you based upon the conditions of your car or even your brakes. For example if you’re making a hard turn while tapping on the brake a bit too much, the controller will begin to respond as your brakes begin to lock up. It can also happen if you’re pushing the car too much and risking a loss of traction. I played the game for a few weeks with it and then turned it off – the game becomes an entirely different experience at that point since you grow so used to the tactile responses the game gives via controller. It might not emulate a car but it certainly changes the experience greatly.

Forza Motorsport 5 is a fantastic experience that is hampered only by the sometimes rough and tumble nature of the races. The lack of variety in the tracks is a minor quibble but it is greatly balanced out by the fantastic innovations of the rumble feedback and the smoothness of the gameplay itself. Out of all of the launch games this is the only one that doesn’t really benefit from its collected edition since all you get are a bucket load of new cars. That said it’s still worth picking that version up so you get the fullest experience possible out of a fantastic game.