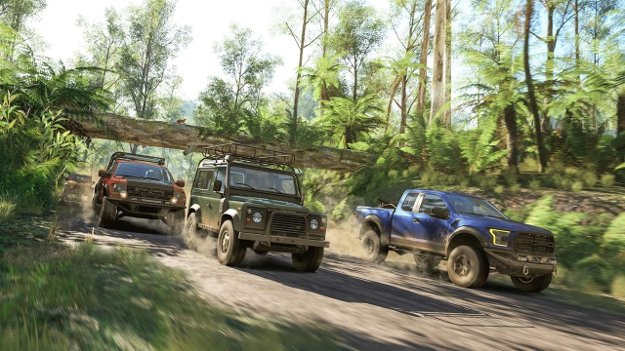 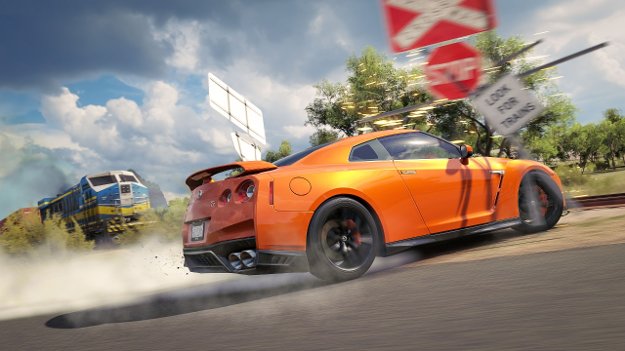 One of the challenges you face as a reviewer is how to properly deal with yearly or bi-annual releases. Most of the time these games don’t make any dramatic changes to the formula that worked in their previous release so you’re often at a loss as to what to say. As a consumer this is great since I know what I’m getting but as a reviewer it can make you feel like you’re repeating yourself. This has become a pretty big issue for me with the Forza Motorsport games since the changes they make can be relatively small. A few tracks here, some gameplay improvements there but overall, it’s a pretty static series.

Perhaps that’s why I’ve grown to enjoy the Horizon series so much: even if the formula doesn’t change, the backdrop does. That change in scenery is one of Forza Horizon 3’s greatest strengths and it knows it damn well. It takes the backdrop of Australia and runs with it, making for one of the most compelling experiences for quite some time. Forza Horizon was set in Colorado and made use of the open expanses perhaps to its detriment since the world felt so empty. Horizon 2 took its setting of Southern France / Northern Italy setting, managing to be larger in size while feeling more full of life. 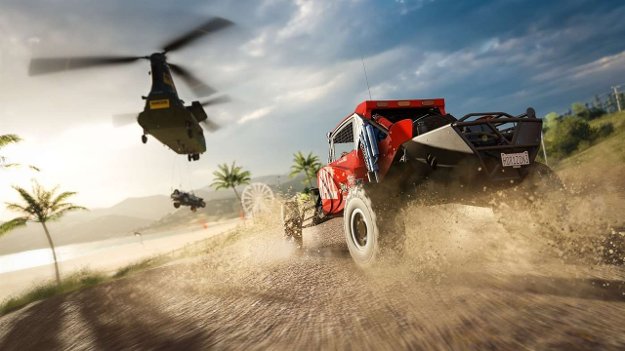 Forza Horizon 3 grows even further, spreading itself into settled cities and the Australian Outback to give you even more variety to drive through. It’s quite possible to speed through a city, down a coastal road, turn off onto a beach and drive through the sand and surf. Then you can speed down the highway, blast through a forested area and get covered in mud before finding your way to the outback and spin out since your car can’t find enough traction on the dunes out there.

This adds a very nice element of strategy to the game that weren’t as big of a deal previously. In previous games you did need to pay attention to the route your race would take. If a race was going to be mostly off road you would want to swap to a car that does better off actual roads. You wouldn’t use that car on a highway race since the car will slide around a lot more there. But here you’ll need to know not only whether it’s on road or off road but also what sort of off road stuff you’re going to be dealing with. Sand dunes will play having with your average racing car, slowing you down and making you turn very badly, so a low slung off road car works very well there. But if you’re going to be driving through a forested area a low slung car will be negatively impacted by any jumps you make or water you drive through.

Now you can just ignore this and trick the hell out of a car to make it a general master of the roads. However, if you put the time and effort into it to build cars for particular types of races then you’ll notice improvements in how you handle some of the more difficult tracks. I regularly kept three cars on hand at all times: one speedster for city races, one buggy type for outback races and one zippier off roader for races that go through both. I’d spend time rather happily plugging away at making improvements to these cars, adjusting their tuning and building them up to make them the best they could be until I found one that was markedly better and then I’d swap it in and start again. The Horizon games may feel a lot more arcade than the Motorsport games but you can put the time into the sim aspect if you want to optimize your performance.

Another consideration when driving around is what the weather is going to be like. Horizon may have the rewind feature but that’s not going to save you if you’re driving around like a lunatic when it’s raining heavily. Even in a race that’s 100% focused on speed you would do well to invest in some traction for your cars in case it starts to rain on you. Otherwise… well I hope you’re damn good at preventing a spinout.

Gorgeous graphics are a part of the Forza series at this point to the degree that it almost doesn’t feel worth mentioning at this point. With that said the effects the weather and land will have on your car is still damn impressive. Drive through sand dunes and you’ll get covered in the stuff. Go off-road into the forest and you’ll get wet and covered in mud. When it rains your car as well as everything else gets covered in a beautiful wet sheen and if you drive from an inside view it can get damn hard to see through the sheets of water. It’s just pretty to watch in motion and makes you appreciate how far the graphics in video games have come.

There have been a few additions to the formula that actually make this Forza one of the more interesting ones to play. Instead of just being a generic person who drives the car, you have an actual avatar in this game. You can pick a character of either gender from a variety of ethnicities to represent your virtual character, helping with immersion. Plus, you can hire other drivers, like your friends or competitors, to race in your group. This lets you earn some money even while not playing based on how often and well they’re racing in their own games. It’s a neat little addition that adds greater relevance to the Drivatar features present in previous titles.

One of the only things that really mars this package is how weird the Forza Horizon servers can be at times. When Horizon 2 released I had numerous issues connecting and staying on the game and the first games servers went down around that same time. This happened with the third game as well, with both of those games servers going down around the same time. I have no idea how this happens or why but even over a month past release the game the servers can still be spotty at times so it seems like it's just some sort of issue on their end. It's strange since I never have problems with the main Forza games nor Horizon 1 when it was new. Hopefully it's an issue that goes away soon.

It’s no small claim to say that this game is without a doubt the definitive Forza experience. On one hand the game gives you the street races one would expect of any racing title complete with all of its various complications. Then on the other hand you get some amazing off roading content that really enhances the experience and providing much needed variety for the player. With the staggering amount of content, from the 350+ cars and huge amount of races to the side objectives and collectibles with the beautiful, scenic backdrop there’s no reason for any racing fan to skip on this one.