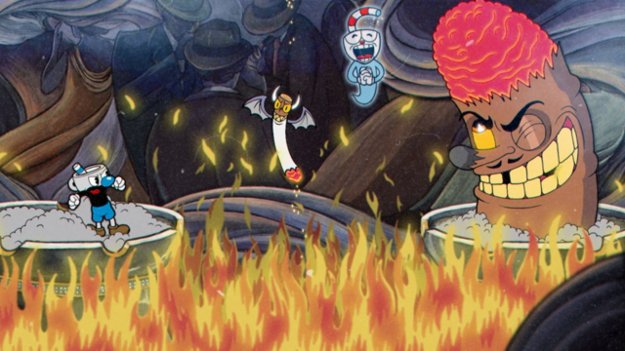 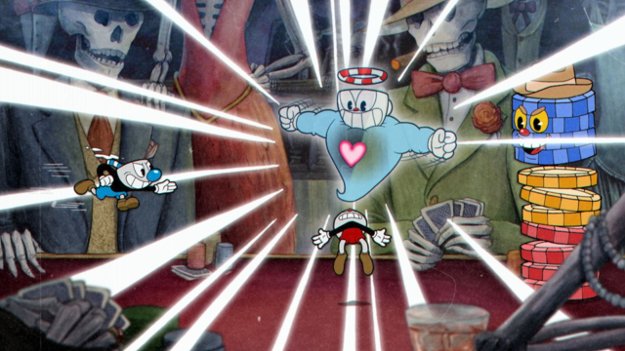 Through all the battles and all the rhymes, you will perish many many times. That is somewhat the rhyme a pool tells you about halfway through your playthrough of Cuphead. When I first reached it, the counter was already past 100. When I rolled the credits, I am terrified to see how high that number had climbed. But as many times as I died and as frustrating as it got sometimes, I tightened my grip, jumped back in and resolved to succeed. Cuphead will definitely try your patience sometimes, but it is a game that deserves your attention.

To get the obvious out of the way, Cuphead is beautiful. The art style resembles something from a Max Fleischer cartoon in vivid color. The characters always have a smile on their face and their constant bouncing is reminiscent of the 1930s aesthetic. I would not have been surprised if Betty Boop appeared somewhere as a secret final boss a’ la Akuma style. To compliment the art, the sound and music pare perfectly with Cuphead. The sporadic pops you hear and the soundtrack for each level are incredible. There is some stand out tracks in the score that would make you think Satchmo himself cut a few lyrics for it. With the style that it is going for, Cuphead nails it perfectly. 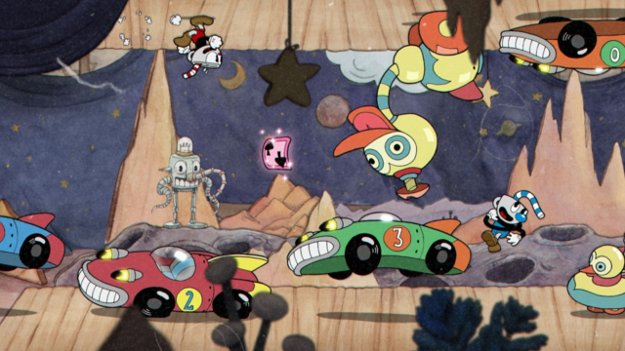 But do not mistake these cartoonish themes for the tone of the game. Under its visuals, a very hardcore game resides. Cuphead is unforgiving. It never gives an inch and it demands your best constantly. When undertaking its three level types that consist of boss battles, platforming and bullet-hell shooters, it will test your resolve with every turn. There are some out there that want to think of Cuphead as a return to games from old systems such as The NES and Sega Genesis, but that would be a mistake. Even games like Mario and Sonic were courteous enough to give you a checkpoint. Cuphead isn’t that nice. Not only will it send you right back to the beginning of the level, but it will even taunt you with how far, or more painfully how close, you were to victory. I cannot tell you how many times I saw that screen thinking to myself that one more well-placed hit would of meant success.

Aside from its difficulty, its Cuphead’s controls that really help keep your cool during tough situations. Cuphead is a character that feels light to maneuver with its fast-paced nature, it’s essential to not be bogged down with too many complicated actions that could throw you off your rhythm. Cuphead’s moveset breakdowns into three maneuvers; shoot, dodge and parry. They are all very simple actions, but the trick is to use them on the fly while dozens of objects are trying to kill you. The shtick is each level doesn’t really give you much room to experiment with while doing a run. With Cuphead’s very low health, it expects you to master what it throws at you very quickly, or at the very least save getting hit near the very end of your run. You can change up your ammo types, super moves and charms to see if a combo works better for you, but it requires you to back out into the overworld to do so, erasing progress within a level. And it really pays to be flexible in boss fights. What works in one boss fight won’t necessary give you the same results in others. Cuphead very much enjoys keeping players on their toes and forcing them out of their comfort zones. 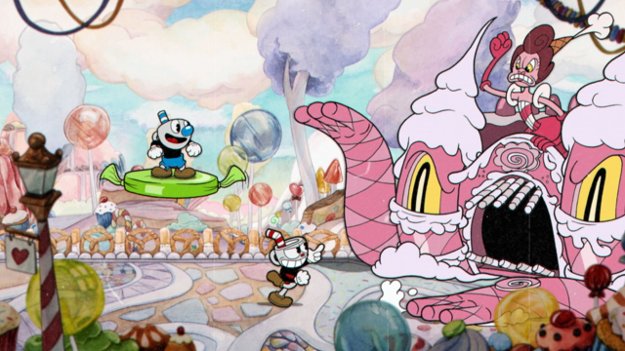 Cuphead has an old-style look, but it is anything but an old-style game. It expects you to be fast and it wants you to try new things. It’s gorgeous art style and magnificent soundtrack is what invites you in, but its heart-pounding bullet-hell playstyle is what keeps you trying again and again and again. With its unapologetic difficulty, this may turn off players who are wanting a casual playthrough, but those that stick with will indeed enjoy the challenge it offers.