Baba Yaga: Temple of the Witch (Xbox One) 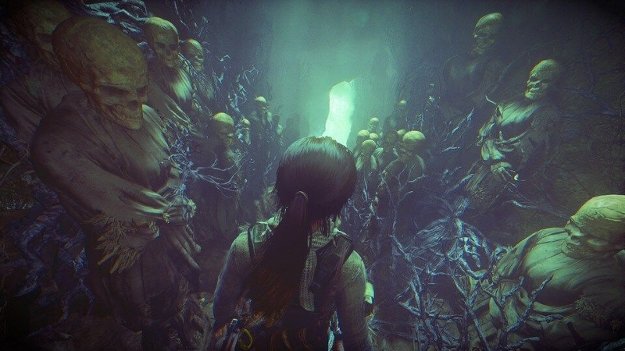 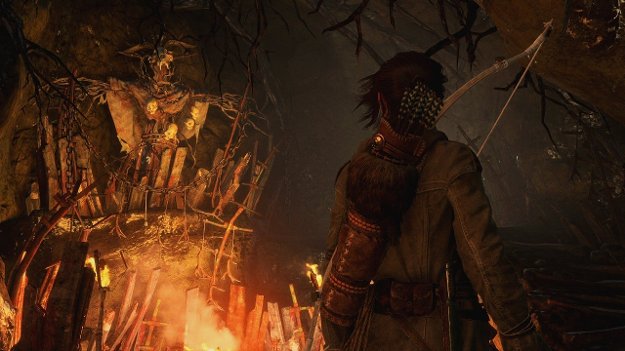 One of the things I’ve always enjoyed about the Tomb Raider games is the way they explore real world myths. The original game explored the "truth" behind Atlantis and this has remained an element ever since. As a huge mythology buff this element always has a strong impact on my enjoyment of the games story. So when I heard that they were going to do a piece of DLC based around the Baba Yaga I was rather excited. The Slavic folklore involving her paints her as a creepy figure but also one that can choose to be helpful. If she so chooses. But the press release screenshots, as creepy as they were, got me excited for what this DLC might hold.

Upon visiting the Soviet Installation area Lara intercepts a Trinity transmission. This leads her to a native woman currently trapped in the lumber mill area. After rescuing her from the mercenaries she spins a rather interesting tale. It seems that the witch, Baba Yaga, murdered her grandmother years ago. Now, in revenge, her grandfather has set out to kill the witch. Nadia, the local, has set out to rescue her grandfather from his chosen path since The Wicked Vale, the witch's home, is quite dangerous. Enough superstition surrounds this valley that the natives give it a wide berth. Of course Lara jumps at the opportunity to help out.

There’s more to the DLC but it’s hard to discuss any of it without spoilers since the experience is just so short. If you blow through the story it’ll take a little over an hour. Stopping to gather all the, rather interesting, documents adds about another hour to that. If you choose to go after the expedition mode achievements that’s another hour or so on top of that. So your playtime will vary between one to three hours based on how much of a completionist you are. You do get a pair of cool weapons and some clothes for finishing it but that hardly makes the price tag more enticing.

With that said this DLC is home to some creepy sequences. Shortly after entering the Vale the witch begins harassing Lara which ends in a freaky encounter in a gorge. Near the end of the DLC, while confronting the witch herself, this returns in full force. Battling off the demonic witch while fending off her various minions is chaotic enough. But since you must also solve the puzzle to defeat her gives the encounter an epic feel. The tension does drop a bit if you come into this after completing the game though. You’ll be so well armed her minions pose little threat. The problem is that I have the feeling that if they swung too far in the other direction the fight would have just a bit too difficult. It's a hard balance to find..

What confuses me a bit with this DLC is where it fits within the narrative. The game lets you start it after arriving in the Soviet Installation for the first time. This fits in with how the native girl doesn’t know who Lara is, something she should if you start it later on. Fighting the enemies here would also fit best if you do it rather early in the game before you're too decked out. But, narratively speaking, at this point in the game it seems odd that Lara would divert from her path. She's working to stop Trinity and rescue the natives from peril so why is she getting sidetracked? This isn’t really a complaint I’m holding against the DLC itself, it’s just an oddity worth commenting on.

Perhaps my biggest complaint with this DLC is that I wish the main game used more elements from it. This has a great look to it that manages to be creepy while still feeling like you’re in Lara Croft’s world. It doesn’t feel like you slipped and fell into another game like it easy could. Instead it blurs the line between between myth and reality to make Lara question the world around her. It’s a great experience that is rather burdened by the fact that it only lasts for a far too short time.