Arslan: The Warriors of Legend (Xbox One) 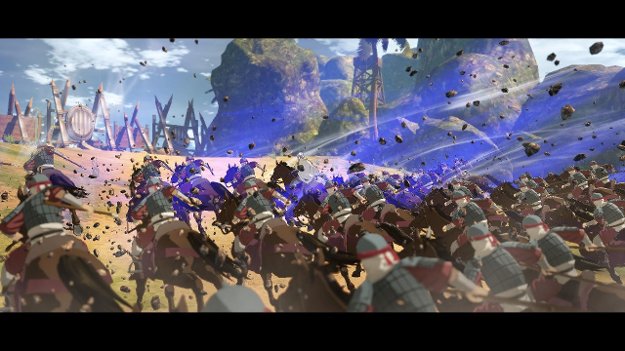 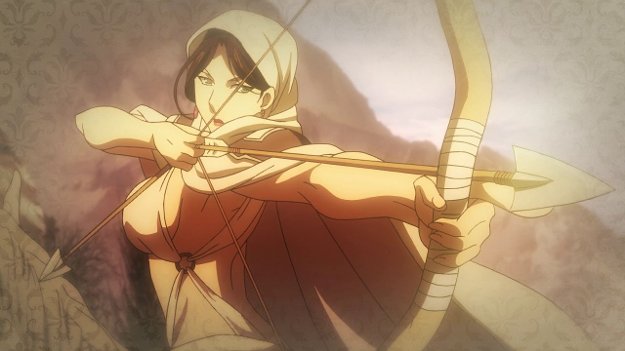 So, let me try to line this up correctly: Arslan: The Warriors of Legend is a new Musou-style game (in the vein of Dynasty or Samurai Warriors titles) which is based upon The Heroic Legends of Arslan anime, which in turn is based upon a manga series started in 1990. This, in turn, was adapted from a series of novels, the original of which was Arslan Senki, and this in turn was inspired by a 19th-century Persian epic called Amir Arsalan-e Namdar.

In this game, which takes a decidedly more action-based approach to many of the anime's storylines, follows the prince Arslan, a young teenager that is on the run from someone with a claim to his nation of Pars. Along the way, he encounters allies, enemies, betrayals, and just thousands upon thousand of mooks to be cut down in the throes of war. Yes, this is a Musou game, a style of game in which you cut your way through battlefields filled with weak soldiers that can be struck down in one or two hits, attempting to reach your goals while confronting the more powerful enemies that might offer something of a challenge (at least, on some tougher difficulties). 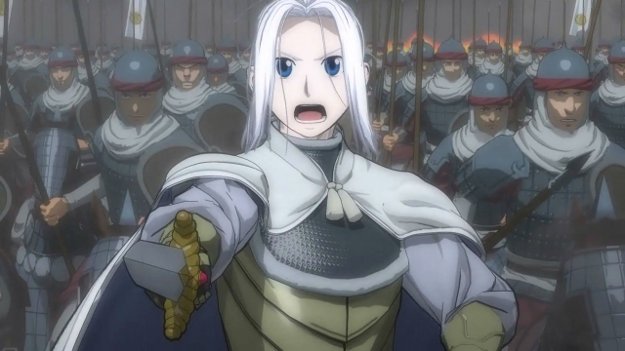 A roster of over a dozen characters are at your command during the game, each of them with two or three weapons to use and switch between at any time during the game. These weapons add some variety to each character individually, but as a result they tend to blur any differences in playstyle between the characters together. I mean, yeah, this young fellow (a lad by the name of Elam) is good with a bow, but when over half the characters in the game can also use a bow themselves, it's hard to care about what they can do. The only differences really separating many of the characters is that of their special attack, a powerful strike that can take out many enemies at once, and their 'unique skill'. This ability, true to its name, is unique to every character, and most of the time was some sort of slightly-more-powerful attack that I never really ended up using.

Well, okay that's not entirely true. One or two characters do manage to break from the mold, with quick, varied attacks or giant, powerful swings, but these are few and far between.

In any case, each weapon has a combo list associated it that, as you use the weapon more and more, expands, allowing you to pull of stronger and stronger attacks, in addition to unlocking elemental strikes that inflict various effects, like damaging enemies over time, or doing damage through attempted blocks. It's not much of a mechanic, and strategically it's not particularly useful either.

In addition to those weapons abilities and the presence of unique skills, there's some minor variations and improvements that this game brings to set it apart from the rest of the Musou titles. The most noticeable is that of the Mardan rushes (Mardan, incidentally, means 'warrior') - blue halos on the battlefield that allow you to gather a number of warriors under your banner to cut a swath through the enemy, for a limited time. Most of these show up in the story in order to allow you to destroy gates and blast through heavy shield troops,  but there is the chance they'll show up randomly otherwise - I have no idea how these are triggered, and the game is really vague about it. But, they packa a pretty impressive punch on the battlefield and not something to be passed up.

There're also collectibles to...well, collect - most levels have recipe books and skill cards to collect by reaching certain goals, like doing something within a limited amount of time or getting a certain amount of KOs. The recipe books give you meals that, when consumed before a mission in Free Mode (a mode in which you can replay story missions), give you various beneficial effects. The skill cards are part of the game's 'equipment' system - playing through the levels, you'll find a number of cards of various grades (C, B, A, and S). Equipping them to a character gives you benefits, like increasing attack power or Mardan rush length, for example. These aren't a bad idea, but they're pretty simple, and most of the benefits just aren't that useful - a quick boost of speed after every 100 KOs, for example, isn't particularly useful.

Oddly enough, the biggest problem I have with the game is probably its story, or at least, how the game presents the story of the anime. Now, I know that Musou games aren't exactly known for their plots, but Arslan tries to adapt the anime's to the game, and it just falls short. Plot threads come and go without resolution, characters are dropped all of a sudden, never to return, and it doesn't really help that the game ends on a cliffhanger (as the anime isn't even completed yet). I've been told the plot of the show is pretty interesting, but that doesn't come through in the game whatsoever. I guess what I'm saying is, the only way you're going to enjoy the cutscenes in this game is if you already know what's going to happen in the end.

As a Musou game, Arslan: The Warriors of Legend just fails to stand out from the crowd. There are better Musou games out there, even if they do retread the Romance of the Three Kingdoms again and again. Arslan isn't a bad game, per se, it's just...there. And with games that bring variety to the genre like Hyrule Warriors or Dragon Quest Heroes, there's just no reason to spend time playing this one.