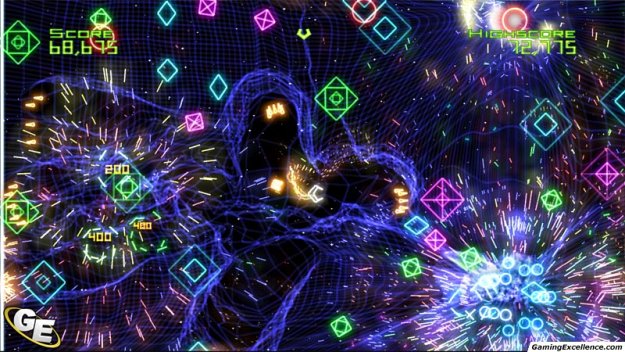 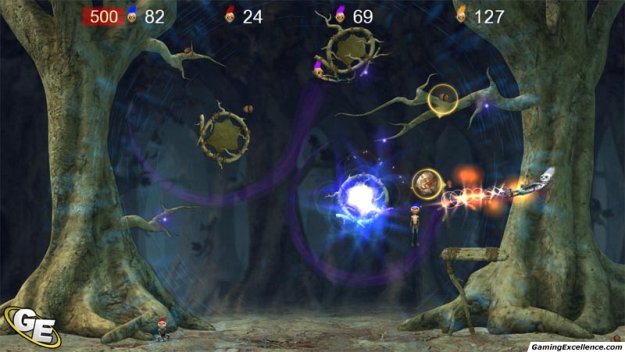 One of the great ideas spawned on the Xbox and carried over to the 360 and the Xbox Live Marketplace was the Live Arcade. The idea of being able to take a break from traditional games and just play some mindless rounds of something simple to kill a few minutes (or hours) here and there was a godsend. Microsoft had to know that everyone spent time playing Bejeweled somewhere (cell phone, computer, etc) so why not tap into that market? The concept of Xbox Live Arcade also ushered in the idea of mass distribution of games and demos on consoles through the internet and for that alone, every 360 owner should be thankful. But what about those who might not have ready access to the internet and a Gold or Silver Live account? What about gamers without hard drives? Well, Microsoft has got you covered once again.

The Xbox Live Arcade Unplugged Volume 1 brings together on one disc six varied, yet safe, Live Arcade games ranging from typical board game (Hardwood Backgammon) and card game (Texas Hold 'Em) to a less traditional platformer of sorts (Wik: Fable of Souls), a strategy "tycoon" game (Outpost Kaloki X) and the expected fare of Bejeweled 2 (a puzzler) and Geometry Wars: Retro Evolved (a shooter). While it would undoubtedly cost the average gamer more to purchase these games separately on Live, and while these are each decent games, it's unlikely that all the games included herein will please every gamer. And so, you may want to make sure you'll be happy with more than half before committing to a purchase.

Geometry Wars is without question the best of the bunch here. A simple shooter harking back to Asteroid or countless other clones, it still looks amazing, has a great audio presentation and is highly addictive. The downside is that there aren't many modes to it, just retro mode and the updated 360 version.

The most popular of the group is obviously Bejeweled 2. While it doesn't really offer anything new from Bejeweled 1 (a few extra modes but nothing too substantial), it still offers enough gameplay to last for hours on end and the leaderboards are a good reason to keep playing to better your scores.

Outpost Kaloki X and Wik: Fable of Souls are the two odd ducks. While both exceptionally good games in their own rights, they have weird names, funny looking characters and odd premises. Anyone who's played a tycoon game in the past (Lemonade Tycoon, etc) will appreciate the familiarity of Outpost Kaloki X as well as the depth and storyline of the game. Yes, the characters are quirky but the game also has a great sense of humor. Wik on the other hand is more of an old school platformer with a main character that looks like he's just stepped out of an Oddworld game. When first playing Wik you'd be pre-disposed to the time constraints but the game, when played properly, gives gamers ample time to finish every level. The only downside to Wik is simply that repetition in the tasks at hand set in quickly and the overall story isn't very fun. Still, a game that can rob you of hours easily.

Hardwood Backgammon is simply a standard backgammon game with a few customizable options. As a non-fan of backgammon in general, I can still appreciate the clean interface, the background options and the ability to play against others easily.

Texas Hold 'Em may be the oddest inclusion in this package. Initially available for free on Xbox Live, almost everyone with a Live account owns this one and plays it simply because everyone else they know has it too. It also features the use of the Xbox Live Camera which is/was a novelty. As a single player game though, this is simply a standard game of Texas Hold 'Em that has varied A.I. skills. The real beauty of this game is above all things, playing it against Live opponents.

Another small caveat to keep in mind is that this disc doesn't install these games to your hard drive. When you insert it, it loads the games and they can now be accessed through the standard Live Arcade heading in the 360 dashboard. This means that you always have to put the disc in to play these games. This is what made the original Xbox Live Arcade a little annoying for me on the Xbox and it also negates the "what can I play now?" mood of the standard Arcade games stored on the HDD. The other little note is that the disc comes with a free month of Xbox Live Gold. The error in logic here? Well, if you were capable of connecting your 360 to the internet, you'd already have a free Silver account and a way to download demos of all these games. So the one month of Gold seems a little out of place in a package that seems based on the notion of being "unplugged".

In the end, the six included games are a good representation of what you can find on Xbox Live Arcade. Yes, it's cheaper to buy this disc than purchase them separately, but you simply have to ask yourself how many you would have purchased if you could buy them individually. Personally, Bejeweled 2 and Geometry Wars are the only ones I still play regularly (and I did purchase them when they were initially released) but your mileage may differ depending on taste. As a sampler of what Live Arcade has to offer, gamers without internet access should definitely give it a try. Silver and Gold account holders should consider trying the demos and buying what truly holds their fancy.