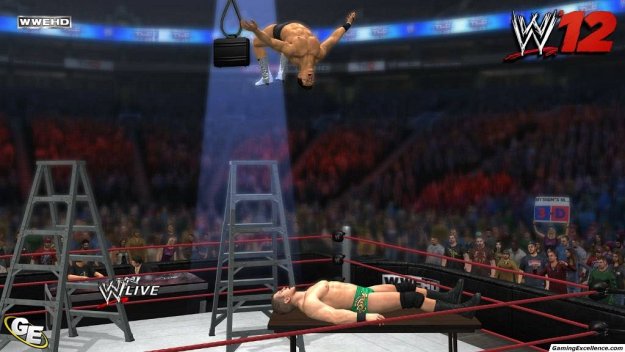 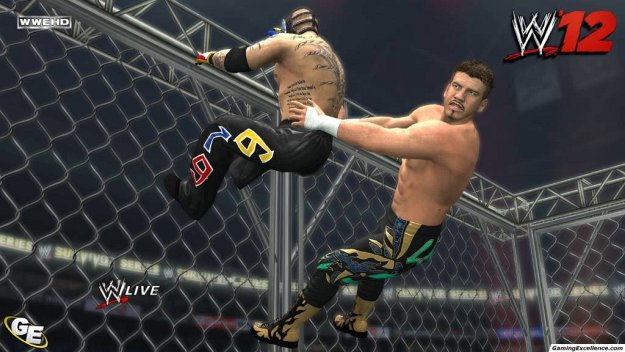 With over a decade of WWE SmackDown games under its belt, the franchise has been one of the most consistently well received by gamers among all of the yearly sports titles. Over the last couple of releases however, the gameplay has started to stagnate, and gamers have noticed fewer and fewer year over year improvements. Thankfully, the development team has taken note and responded with WWE '12, which is set to be one of the largest and most positive overhauls of the series to date.

While the enhancements touch on pretty much every aspect of the game, many of the changes are focused on the core gameplay. WWE '12 introduces a new animation and graphical renderer dubbed "predator" technology, as well as new ring and rope physics. Also new are the introduction of match strategies, the ability to target specific limbs and areas on the body of an opponent, a comeback system that allows a downed opponent to make a miraculous comeback, and a new taunting system. These strategies are more than gimmicks and actively shape the way a match progresses; for example, by targeting the head of an opponent, there's a better chance they'll be groggy when returning to their feet allowing you to line up for a finisher. Finally, the game introduces an all new submission system dubbed breaking point, a mini-game of sorts which will determine whether or not you're able to complete the submission.

Many of the refinements of WWE '12 are in the controls, the game feels much more refined, and animations are much more fluid than past releases. In our limited time with the game, it quickly became evident that the game feels familiar but fresh, and experienced players will have a bit of a learning curve to adapt to the new gameplay strategies.

One of the strengths in the WWE series has been the level of customization, and WWE '12 is no exception. This year, the game features ten creation tools, including the all new "create an arena" and "create an entrance" video additions. The long-requested "create an arena" allows you to bring back classic events such as RAW is WAR or Sunday Night Heat, re-live some of the classic pay per views in your custom arenas, or create something completely original. The name "create an entrance video" is a bit misleading, the game allows you to select from thirty original entrance videos for your created superstar, along with custom music, but doesn't let you import original video creations. The videos included are quite sharp and offer many themes from patriotic American, psycho, or even zombies.

Without any doubt, WWE '12 offers a lot of features, more than eighty match types and seventy superstars including divas and legends, but the real meat of this game is in the return of the WWE Universe mode, as well as the return of the Road to WrestleMania single player campaign, both features announced for the first time this week.

In the return of WWE Universe, you're responsible for creating the show, setting title matches, and bringing an exciting product to the fans. At its core, Universe is a cross between the traditional exhibition and campaign modes, by default building a calendar around the RAW, SmackDown, and pay per views, and lets you run the show. Participate in matches, create rivalries, draft new talent, and manage superstar injuries. Be as involved as much or as little as you'd like. The game is able to manage the schedule and title matches automatically, or you can take control. Wrestlers can gain and lose momentum, and work towards becoming a number one contender and battling for the title at the next pay per view. In the previous iteration of WWE Universe, AI opponents could interfere in your matches, this time around you can repay the favour and interfere in AI on AI matches, helping to build the rivalries that make the WWE so exciting.

Road to WrestleMania has been a campaign mode of sorts in the in the WWE series, and it's back this year with three massive new storylines that will take you between ten and twelve hours to complete. In the first story, you're "the villain", playing as Sheamus you live the life of a superstar working your way through the ranks of the WWE, being booed by the fans the whole way. The game tells a story through cutscenes both in and out of the ring and behind the scenes of a WWE event. This engaging plot will have you participate in matches in the ring, as well as unscheduled backstage brawls where you can put opponents heads through windows, crush their heads in doors, or discover various other blunt objects for use as weapons. Once you complete the Sheamus story arc, you're instantly thrust into that of "the outsider", Triple H. Finally, the mode culminates with you playing "the hero", a created superstar of your choice. The entire Road to WrestleMania takes place over about eighteen months, more than a year of WWE events, and culminates at the all-star WWE event, WrestleMania.

Available on November 22nd, WWE '12 is one of the largest steps forward for the franchise since its inception. A huge array of enhancements, new physics, animation, and rendering engines, refined controls, and renewed focus on improving the core gameplay of the series (strategies, comebacks, etc) are certainly welcome changes. Combined with a huge roster of more than eighty match modes, seventy superstars, legends, and divas, ten creation tools and the return of the WWE Universe and the ten to twelve hour Road to WrestleMania campaign make this a game worth checking out.