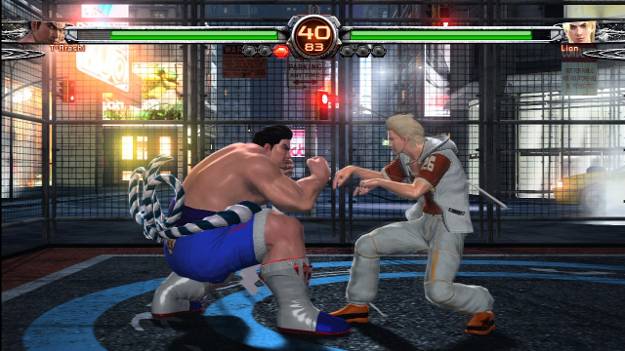 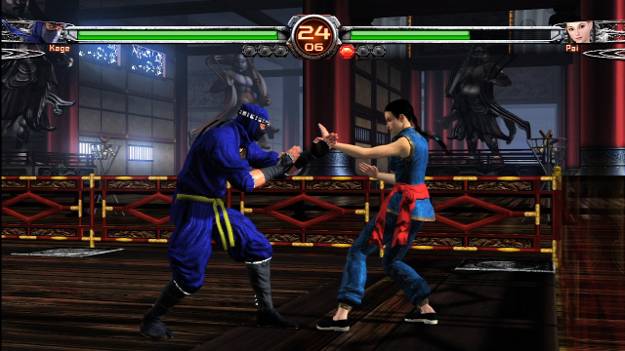 The Virtua Fighter series has always been a series about the bare bones. You have a cast of characters placed into an arena and your goal is to beat them. There's really no goal for each individual fighter stated in the game. There is no indication what they are fighting for as you battle opponent after opponent. There is just the match and it is onto the next one. Virtua Fighter has pretty much stuck to this formula since its beginnings and has just kept going with it. Like other updated versions of Virtua Fighter titles such as Virtua Fighter 4: Evolution, Virtua Fighter 5 Final Showdown does a few tweaks to the title, but still makes an overall satisfying game.

First and foremost Virtua Fighter is a fighting game that adopts the arcade mentality to a T. You aren't coming here to find a deep story with each character you play as. Your sole purpose is to continually feed the machine quarters as you make your way through a select roster of fighting opponents. So do not expect to hear each fighter's story when you select them. There is nothing here that keeps players playing besides the satisfaction of becoming a better fighter.

Despite not having a story, Virtua Fighter 5 Final Showdown is as pure as any fighting title can get. The series heavily relies on chaining together moves to form impressive combos that keep your opponents suspended in the air unable to mount a competent counterattack.

Virtua Fighter 5 Final Showdown showcases impressive character animations that make the fighting feel realistic. Sure there are some moves showcased that have a bit of flair like having a character leap high into the air to deliver a coup de grace, but for the majority, you are treated to well grounded stylized fighting that is based on different real-life fighting styles from around the world.

To add to the realism you get from playing, the sound design goes great with the authentic feel the game has. Weaker hits sound with a distinct pop, but hitting with a much heavier attack has a more of a POW-type sound with it. But it isn't just the hits that have this great sound design with it. The movements also carry heavy sounds with them as well. It is a great satisfaction you get when you initiate a roundhouse kick and you hear it slicing through the air with very impressive whoosh.

Final Showdown has a plethora of modes to make players a better fighter. As always there is Training mode where you freely fight against computer dummies as you tweak your play style with a character as well as command training that teaches you how to use Virtua Fighter's sophisticated fighting system. Once you're done with that, you can head over to the License Challenge mode that has you meet certain requirements during fights such as blocking a set number of attacks during a match or having to perform defensive moves during a match. These modes aren't flashy, but they don't need to be. The main focus here is the fighting system and it has been polished to a fault. Each move you deliver can be the difference between you starting a combo chain that gives you the victory or leaves you open for an onslaught of attacks that pushes you closer to defeat. These modes were put in this game for a purpose and it is to test a player's merits. 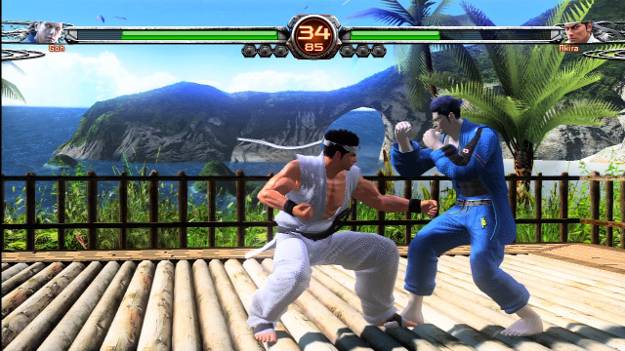 And test it merits it does with the online portion of the game. There is nothing here new when it comes to fighting games that have online matches. You can take part in ranked and non-ranked matches with others like always. The online component here is great. While playing it, there was no lag during matches and the frame rate never dips. The crisp movements you experience while playing offline transfers over wonderfully to online. It is a great feeling to have in fighting titles these days where you don't have to adjust you button presses based on delayed responses due to lag during matches. It almost makes you feel you are at an arcade again.

Virtua Fighter 5 Final Showdown has an old school feel to it. The mentality of being in front of arcade cabinet never left Sega-AM2's mind. The game may not be all that flashy and carry a ton of gimmicks to entice new players, but what you have here is a fighter that gives you everything to make you one of the best fighting gamers of the series. Its back to basics frame of mind is a refreshing reminder to all those that put down their quarters on machines saying "I'm next!" as to why they ever began playing fighting games in the first place: The thrill of competition and the satisfaction that you are only getting better with the time and effort you put into it.