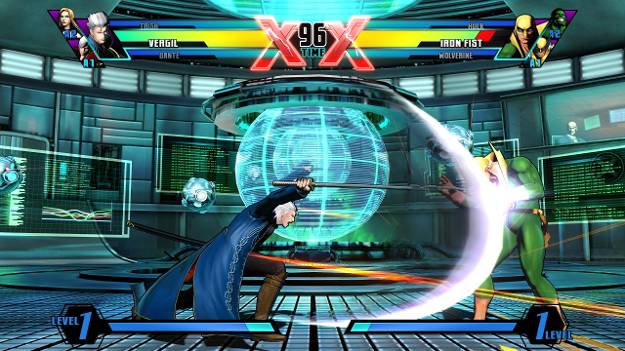 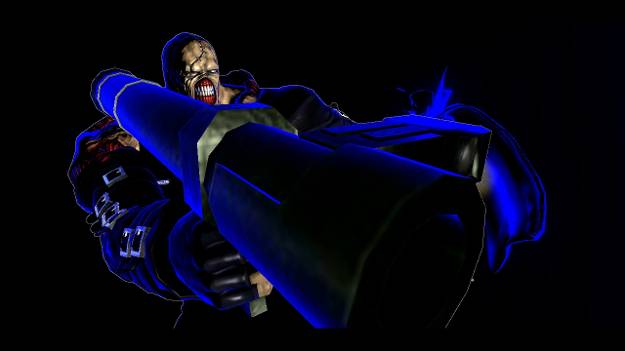 Let's be honest here – Capcom loves the idea of rereleasing games constantly. Back in ye olden days they just couldn't stop releasing Street Fighter II over and over again until there were five versions for the arcade, not counting home releases / rereleases. When it comes to releasing ports or updated releases of older games this trend has continued to the point of it almost being an industry punchline.

However lately they have begun taking this to its logical extreme and barely waiting a year before releasing updated games less than a year after convincing us to purchase the original version of a game. Resident Evil 4 appeared on the PS2 after nine months after it was originally supposed to be exclusive to the GameCube (an idea that was later recinded) and has appeared on PC, Wii and now PS3 / 360's over the past several years.

Now we have here an updated release of Marvel vs. Capcom 3, a game that was released on February 2011, being released in November of 2011. After hearing that the roster was going to be expanded via DLC hackers discovered that plenty of data for future characters was on the disc. This led gamers to the hopeful realization that their favorite character might appear as DLC in the near future, especially characters like Frank West who were cut to allow extra time to work on other characters.

But now here we are, nine months later, and instead of DLC we have received a $40 update to the game. For our money what exactly are we getting and is it worth that price tag? Well that depends greatly on the individual user. Are new characters and a few bland gameplay modes enough excuse for you to spend that money or do you require more than that?

The main thing that you're getting for your money is twelve brand new playable characters, bringing the total up to 48 (50 if you paid for Shuma-Gorath and Jill Valentine). There is a wide variety in quality for these characters although most of them seem to be better than the core MvC3 cast – for example Vergil is kind of like Dante but he doesn't need to rely on overly long, complicated combos to deal lots of damage. Similarly Rocket Racoon and Phoenix Wright are intensely complicated to use but are beyond powerful once mastered.

On the other hand you have a few new characters that are just beyond cheesy. Ghost Rider, as a primary example, feels completely broken with his ability to control just about the entire playing area. His only weakness is a lack of close range combat but that's easily compensated for by any player with even the most remote ability to play keep away. Or just pair him up with someone like Iron Fist who has insane ground control abilities and watch as you wipe the floor with foes.

Other than the new characters the primary addition is the free Heroes and Heralds DLC game mode. In this mode you pick a team, either the Heralds of Galactus or the Heroes of the Two Worlds, and fight for the sake of your side in a war. When played offline this greatly adds to the single player content by giving you goals such as winning enough times on a particular stage to take it over or defeating "hit list" characters to unlock new stages and get rare cards (more on those in a moment).

Online mode is where things get a good deal more chaotic. Every week you can pick between one of the sides and fight on that side. At the end of said week the winning side will be given a rare card while all the losers get is a whole bunch more misery.

When playing offline this mode is a fun diversion but doing it online is beyond miserable thanks to the very thing that makes this mode interesting: the cards. After defeating enemies you will be given cards that allow you to do a wide variety of things, many of them being gamebreakers. Want to use X-Factor multiple times? Done. Feel like your special moves having super-armor? Granted. And this is just the tip of the iceberg because you can bring multiple cards into each fight, customizing three decks of three cards, and just utterly breaking the game. Having to fight someone who has an incredibly powerful (read: cheesy) deck can make dealing with some of the online cheesiness even worse than usual.

One way some of this was attended to was by rebalancing all of the characters in the game. This has had varying degrees of success, taking some of the cheesier characters in the game (looking at you Sentinel) and making them a bit weaker to bring their overly ridiculous abilities more in line with other members of the cast. One thing that's nice about this is that, while you're going to have to relearn most characters, even characters you thought you knew in and out might surprise you now.

There are a some other additions to the game but all of these are novelties, nothing else. Galactus mode lets you control the giant monstrosity as you obliterate the crap out of the pesky heroes and villains who come to stop you from devouring the world. After one playthrough there is nothing to see here. Spectator mode is nice in that it lets you watch online matches while they're happening. Your mileage may vary in how much this matters as you're just watching the same cheesiness that is thrown your way with every match so it's not like you're going to learn much by watching them.

Marvel vs. Capcom 3 was a phenomenal game in just about every way and I still enjoy playing it to this day. However the upgrades in UMvC3 are just a hard sell since most of them could almost definitely have been DLC, allowing us to pick which characters we want to play as. Luckily if you blew money on Jill, Shuma and / or various costumes they will all carry over so your money loss is minimized. But really just wait for this game to drop in price, or you have finished up MvC3, before hopping over to this iteration.